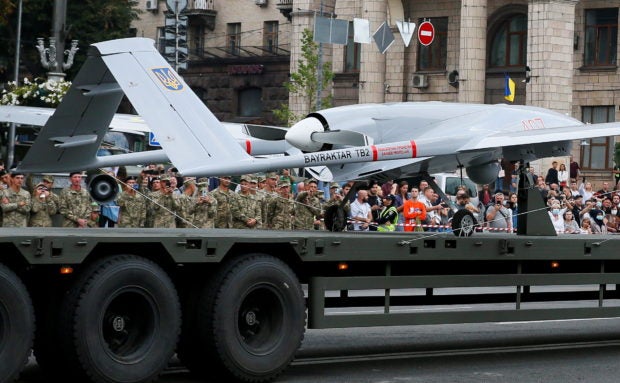 ISTANBUL — Russia has complained to Turkey over its sale of Bayraktar TB2 armed drones to Ukraine, a high level Turkish bureaucrat said on Friday, but added the sales were by a private Turkish company and not state-to-state deals.

Russian President Vladimir Putin sent his troops into Ukraine on Feb. 24 on what he called a “special military operation” to demilitarize and “denazify” Ukraine. Kyiv and the West say Putin launched an unprovoked war of aggression.

“Russians are upset and from time to time they are complaining about the drone sales.

They used to complain and they are complaining right now,” the bureaucrat said at a meeting with foreign media.

“But we have already given the answer … that these are private companies and these drone purchases had been done before the war as well.”

Turkey has forged close ties with Russia in energy, defense and trade, and relies heavily on Russian tourists. The Turkish defense firm Baykar had sold the drones to Kyiv despite Russian objections and signed a deal to co-produce more before the invasion, angering Moscow.

NATO member Turkey shares a maritime border with Ukraine and Russia in the Black Sea, has good ties with both and has taken a mediating role in the conflict. It has hosted peace talks and is working to bring together the Ukrainian and Russian presidents.

While supporting Ukraine and criticizing Russia’s invasion, Turkey has also opposed widespread Western sanctions on Moscow, saying communication channels need to remain open and casting doubt on the effectiveness of the measures.

Ankara also opposes Russian policies in Syria and Libya, as well as its annexation of Crimea in 2014.

After peace talks between negotiators in Istanbul last week, Ukraine listed several nations, including Turkey and members of the UN Security Council, as possible guarantors for Kyiv’s security. The bureaucrat said some countries listed would face “legal issues” as security guarantors, without elaborating.

Turkey has said it is ready, in principle, to be Ukraine’s guarantor, but the details of the format need to be finalized.