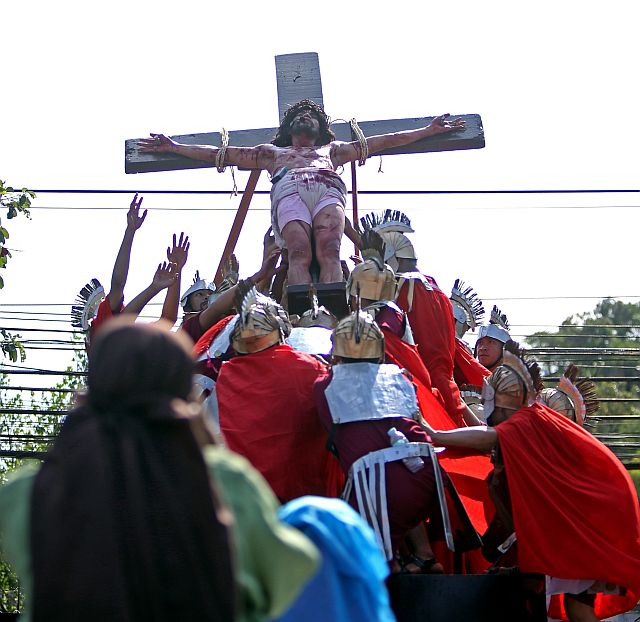 This is the Buhing Kalbaryo, a Lenten Season modern classic in Cebu City made for the streets which has become a staple every Good Friday.

Mayor Michael Rama along with fellow creatives established the play in 1996 as a form of offering and sacrifice to the Lord Jesus Christ for the commemoration of the Holy Crucifixion.

Twenty-five years later, the yearly play remains as one of the most awaited tradition in Cebu City during the Holy Week. After two years of being celebrated online due to the pandemic, it is finally coming back to the streets on April 15, 2022.

Elmer “Jojo” Labella, executive director of the Buhing Kalbaryo, said this year’s Buhing Kalbaryo would be a mix of the old and new in terms of production, musicality, performers, and direction.

Due to time constraints when the city government finally decided to revive Buhing Kalbaryo, Labella said, they decided to gather the usual cast who are available to build the play.

Even so, the production will be innovating, adding more scenes, and incorporating more technological techniques to bring to life the Passion of Christ.

“Dili man ni siya entertainment (This is not entertainment), this is actually devotional in a form. In devotions, there are different forms of worship. Artistic expression is actually done to enhance the impact of the evangelization,” said Labella. 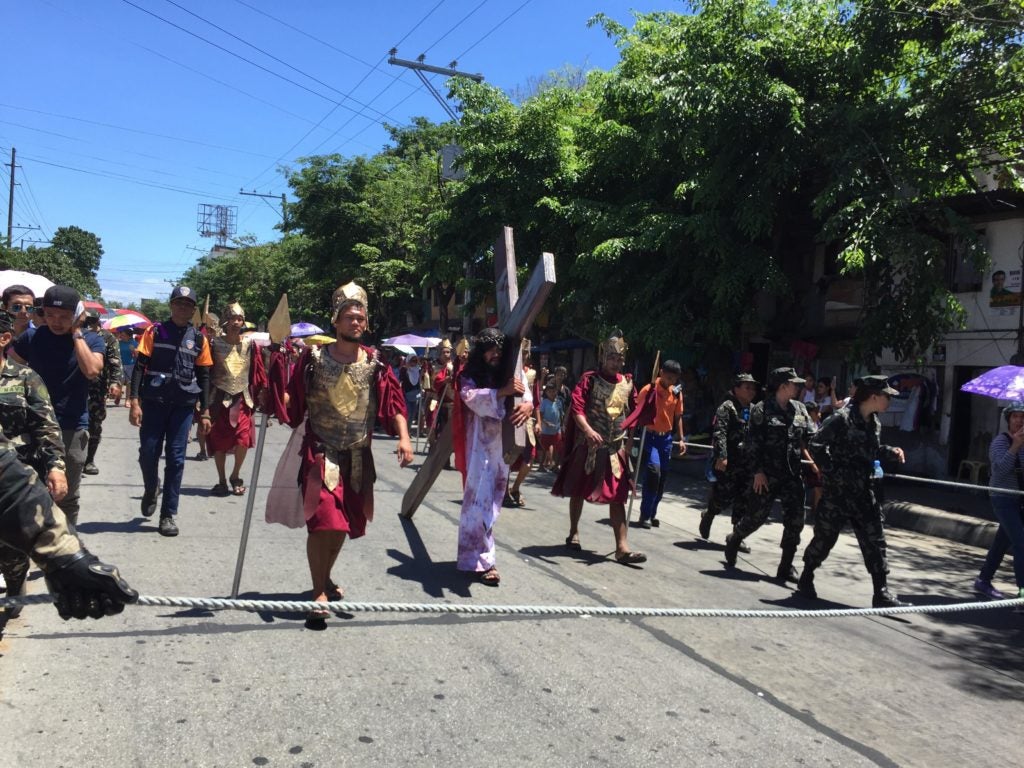 Jesus Christ carries a cross as he heads to Mount Calvary — a scene in the Buhing Kalbaryo, one of the most anticipated Holy Week activities played in Cebu City on Good Friday.| CDN file photo (Delta Dyrecka Letigio)

Labella said that the audience will be seeing an additional scene with additional songs and voice variations that would surely enhance the storytelling of the Pasyon.

Musical Director Agelio “Titing” Ceniza Sr., a renowned Cebuano songwriter, said that he drew inspiration from the story of Passion of Christ itself.

He took inspiration in each Bible story that would be portrayed in the play and created something new.

“This arrangement is a choir arrangement. I think we made something new. Ako gyod ni gibase sa story (I based this on the story),” he said.

One of the new arrangements Ceniza made was for the theme song of the play, “Buhing Kalbaryo” which is one of the few songs that this year’s production will retain.

As for the rest of the play, Ceniza will be composing and arranging most songs originally for this production. This is something the people must look forward to.

(There are other songs that we bring back, but we are not thinking of bringing back all of them.) 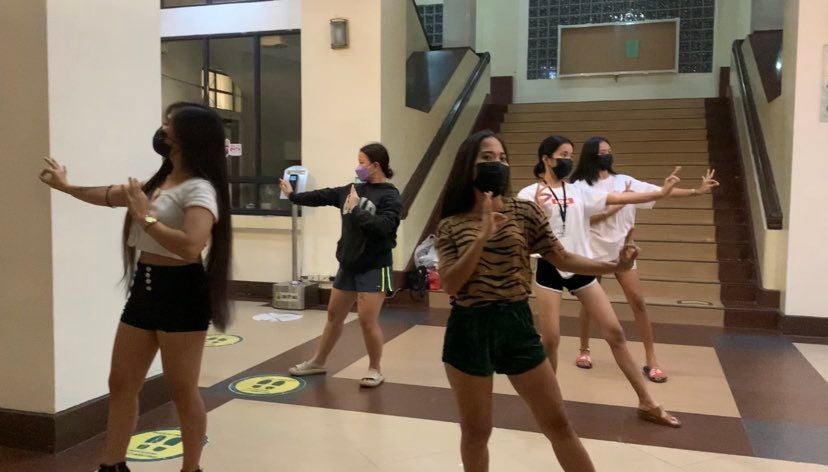 The art direction is generally led by Labella, but there is a total of six directors for the entire production including the Overall Director Nikki Jimenez.

“This starts with a stage play depicting the baptism, last supper, until Pilate is compelled to have Jesus be condemned to death. Then we have Judas hanging himself in the tree. After that, Via Crucis starts along the stretch of V. Rama avenue until Espina Compound,” said Labella.

This is the first time Jimenez will be directing the street play, and she is excited to extend her experienced direction to this traditional street play.

She said that there are at least a hundred cast and crew working for this year’s Buhing Kalbaryo, who hope to bring back the grandness of the play. 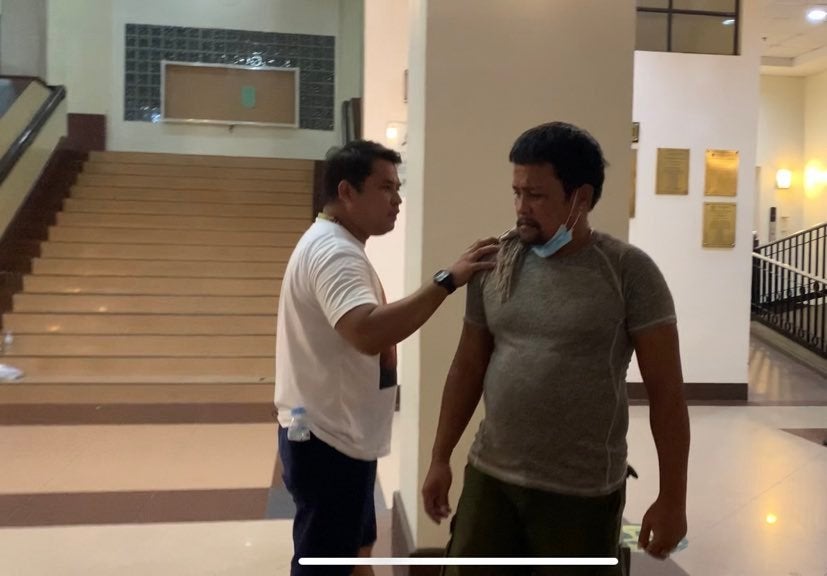 For the cast and crew of Buhing Kalbaryo, the project is more than just a gig or a theatre play — it is also their form of prayer and devotion for the Crucified Christ by reliving the biblical stories of their faith.

Archie Estoconi, who has served as cast of the play for 16 years and also manages the Art Department this year, said that Buhing Kalbaryo has become part of his life.

Since the past 16 years, he has played many parts including Necodemos, Aremetea, and this year, Caiphas.

(The Buhing Kalbaryo can hone my skills. My shyness is gone. Now that I am in the Art Department, we can make the story better not just in the performance but also because of the stage.

Clifren Dumaguit has been with Buhing Kalbaryo since it began 25 years ago and has taken up roles such as Hesus, one of the thieves, and this year, Aramatea.

He said that the play had become a devotion for him because he even tried actual crucifixion just to feel what Jesus might have felt during the Great Sacrifice.

For Dumaguit, the play has become an essential part of Lent and the Holy Week that not being part of it is unimaginable.

(Until I can give the best that I can offer, until the Buhing Kalbaryo is still here, I will still be here.)

Labella said that even with the time constraints, they are confident to deliver a quality and artistic Buhing Kalbaryo to the public on Good Friday.

The Cebu City government has supported the production, especially now that Mayor Rama has instructed for the production to push through.

City Hall employees from different department have volunteered to help, and some will even be part of the cast.

Residents and parishioners in Guadalupe and San Nicolas have offered a helping hand as well.

For Labella, the street play has cemented the Cebuanos for the past 25 years and now that it is bound to return, the production believes that faith will see them through it.

After all, Buhing Kalbaryo is both an art and a prayer.