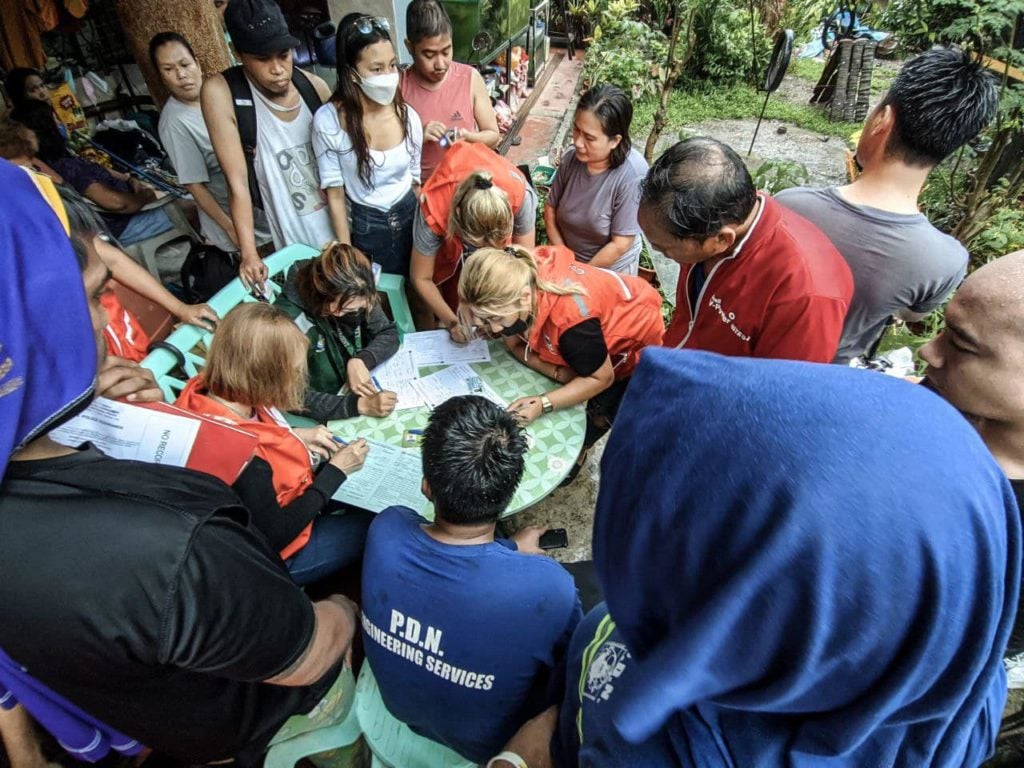 Personnel from the City Social Welfare and Services (CSWS) conduct a validation of Tipolo fire victims. | Photo from FB page of Jonas Cortes

MANDAUE CITY, Cebu — The at least 26 families, who lost their homes to a fire that hit Barangay Tipolo in Mandaue City on Sunday, are now accommodated at the barangay’s gymnasium.

Mandaue City Mayor Jonas Cortes said they had started the distribution of disaster kits that included blankets, malongs and toiletries to the affected families.

They will also be distributing starter kits that will include pails, basins and canned goods among others.

(The profiling of the victims of the fire at Pacienca Compound, Barangay Tipolo that hit 10 houses affecting an estimated 26 families continues. )

The fire left a total of 81 individuals homeless during a time when Mandaue City and the rest of Cebu province is affected by the continuous raining caused by Tropical Storm Agaton.

(Because of the continuous rains, the DRRMO brought our fire victims to the Tipolo Elementary School which is converted into an evacuation center.)

Although the fire incident was an unfortunate event, Cortes said, he remained grateful that no one was killed.

(We will continue to take care of the fire victims until they can return to rebuild their homes.)

Read Next
Ukraine: Separating the wheat from the chaff