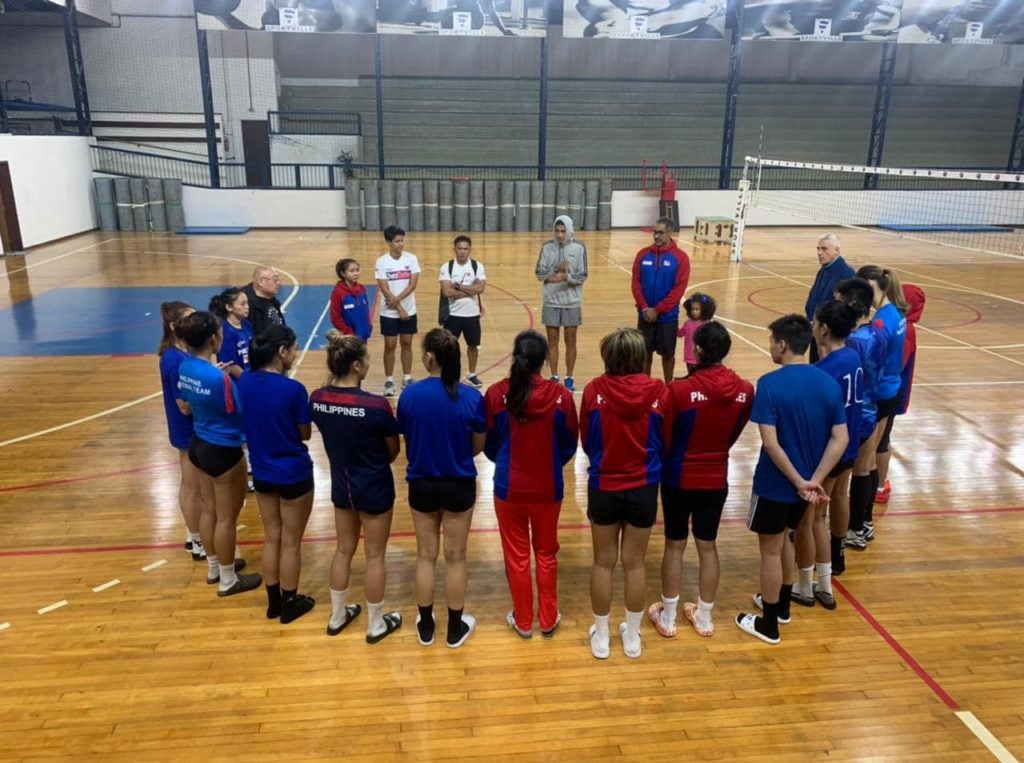 The Philippine Women’s volleyball team huddle on the court during their training camp in Brazil. | Photo from PNVF

The team is scheduled for another tune-up match on Tuesday, April 19, 2022 (April 20 Brazil Time). They will face a top-notch Brazilian volleyball club that their head coach, Jorge Edson Souza de Brito, will be announcing soon.

The team is scheduled to play at least five more high-caliber friendly matches as part of their preparation for the SEAG, which is less than a month from now.

“We always add something new each time we go into practice. I can see the improvement day by day, so when we play the next match, we’ll become better,” said de Brito after concluding a pair of workouts on Day 3 of the volleyball team’s two-week training camp at Sportville in Barueri, Brazil.

“We did tactics in the morning and put all the guys together in the afternoon, but we used only five players on each side,’’ said de Brito, who is assisted by coaches Odjie Mamon, Cebuana Grace Antigua, Raffy Mosuela, Tina Salak, and therapist Grace Gomez.

The Philippine National Volleyball Federation under its president Ramon “Tats” Suzara has formed the national women’s squad seeking for a podium finish in the Vietnam SEAG on May 12 to 23, 2022.

The last time the Philippine spikers captured at least a bronze medal in the Games was in the 2005 and 2003. The team won the gold medal way back in 1993 in the Singapore SEAG.