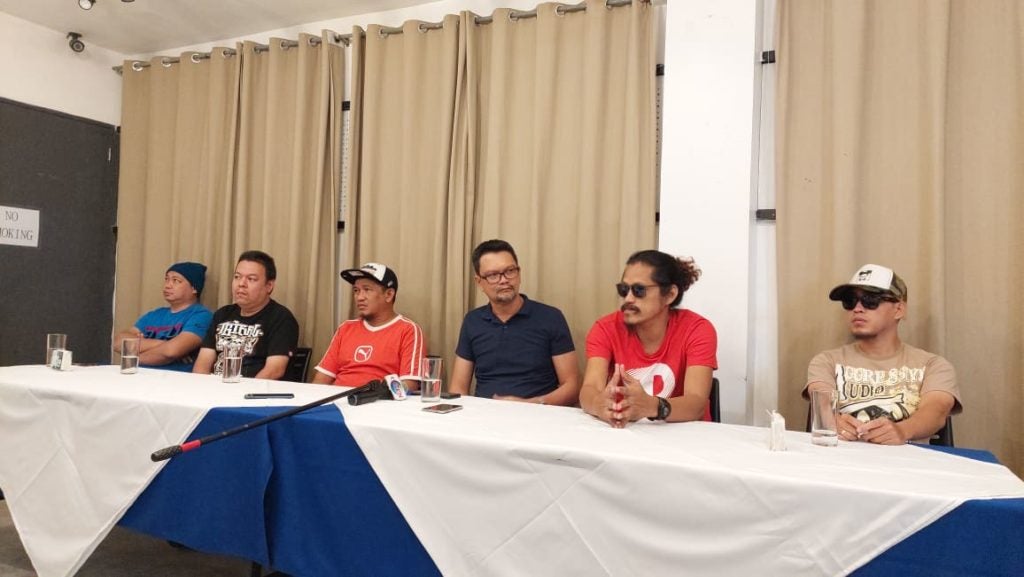 Bisrock Band, Aggressive Audio, has asked a politician of a southern city in Cebu Province to take down the video using their song “Liar Evil” as a campaign jingle. | Futch Anthony Inso

LAPU-LAPU CITY, Philippines — The Bisrock band Aggressive Audio has reminded politicians to ask their permission first before using their songs as campaign jingles.

Ian Zafra, from ICO Music, said that they found out that a politician in one of the southern cities of Cebu Province had been using the tune of the song “Liar Evil” by the band for its campaign jingle during their pulong-pulong.

ICO Music is the publisher of the songs of Aggressive Audio.

Zafra said that they found out that the song was used as a campaign jingle after they saw it on social media.

He said that the lyrics of the song were changed, and were even used to degrade its opposing candidate.

Zafra said that they already sent a communication to the involved politician, but they haven’t received any reply yet from the candidate.

He said that they demanded from the politician to take down their post on their social media account.

He said that using a song from an artist without permission violated the provision of Republic Act No. 8293 or the Intellectual Property Code of the Philippines.

Sidney Alburo, the guitarist of the band, also expressed his dismay to the camp of the politician after they were underestimated by them.

(We try to reach out, but they took it the other way. They instead told us it seemed like you are that popular at all.)

He also clarified that their move had nothing to do with politics since they were not voters of the city.

Zafra hopes that the politician will negotiate with them so that they will no longer bring the issue to a proper legal proceeding.

READ: Poll bets warned vs illegal use of campaign jingles

Read Next
Pia Wurtzbach and Jeremy Jauncey back in Manila