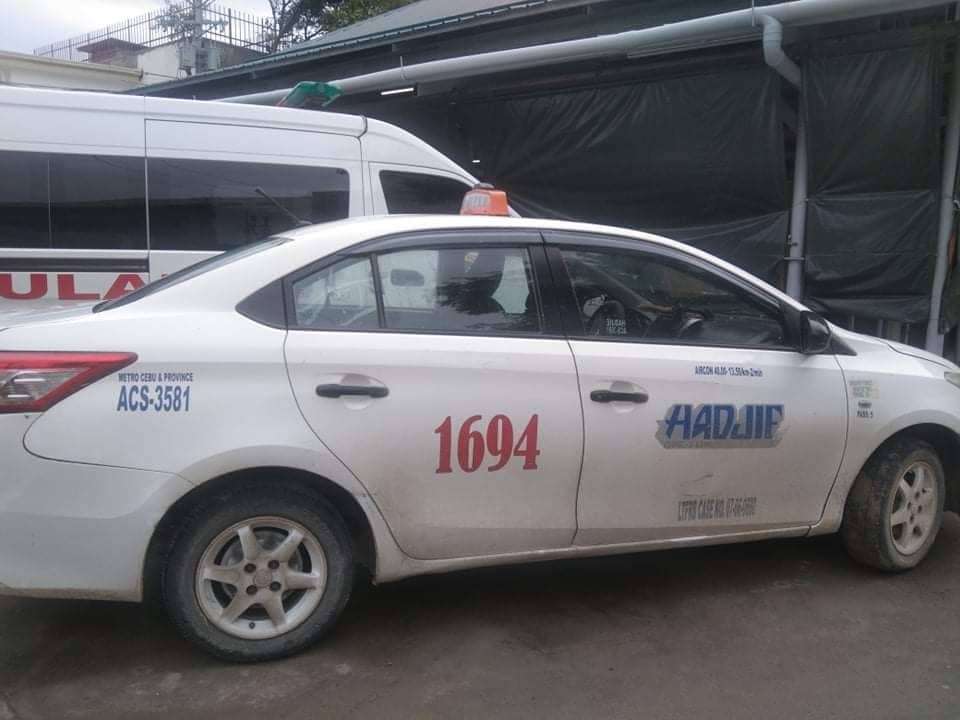 The taxi driven by a hold-up victim whose tongue was slit by the suspects. | Contributed photo

CEBU CITY, Philippines — Police have already identified the suspect who robbed and slit the tongue of a taxi driver in San Fernando town last April 12, 2022.

Police Colonel Engelbert Soriano, director of the Cebu Police Provincial Office (CPPO), refused to disclose the identity of the suspect pending the filing of formal complaints which they have been preparing since Monday, April 18.

Soriano said the suspect was included in their e-rogues gallery and was positively identified by the victim, Andres Alfanta.

Authorities, however, could not tell for now if the suspect is still in Cebu province.

“Meron syang previous warrant of arrest for a similar crime of robbery…May probability na medyo hardened ito (suspect), but we will look into that,” Soriano said.

Considering the gruesome execution of the crime wherein the suspect slit the victim’s tongue, Soriano said they are still to know more about his background and his capabilities.

“Meron syang previous warrant of arrest for a similar crime of robbery…May probability na medyo hardened ito (suspect), but we will look into that,” Soriano said.

Soriano also said they are not discounting the possibility that the two most recent robbery incidents, April 12 in San Fernando and April 14 in Barangay Lahug in Cebu City, were possibly perpetrated by the same suspect.

They are also verifying if the suspect has a cohort.

Currently, the victim is still under treatment in the hospital. Soriano said he has no information yet on the victim’s latest condition.

On April 12, taxi driver Alfanta was robbed and injured by two unidentified suspects who boarded his taxi in Banawa, Barangay Guadalupe, Cebu City.

The suspects allegedly told the victim to drive them to San Fernando town.

However, upon reaching a narrow and secluded road in Barangay San Isidro of the said town, one of the suspects allegedly pointed a gun at the victim while the other one pointed a sharp object while declaring a hold-up.

The suspects fled off with the victim’s P1,000 right after cutting his tongue.