MANDAUE CITY, Cebu – Supporters of Vice President Leni Robredo in Cebu are doing a repeat of the 1985 Freedom March on Thursday, April 21, 2022, in a bid to prevent the election of another Marcos for president.

Francisco “Bimbo” Fernandez, an independent candidate for vice mayor in Cebu City, said the 3.5 kilometer march will start near Block 27 at the North Reclamation Area in Cebu City and will culminate at the venue of the Ceboom, Cebu grand people’s rally for the Leni-Kiko tandem, in Mandaue City. 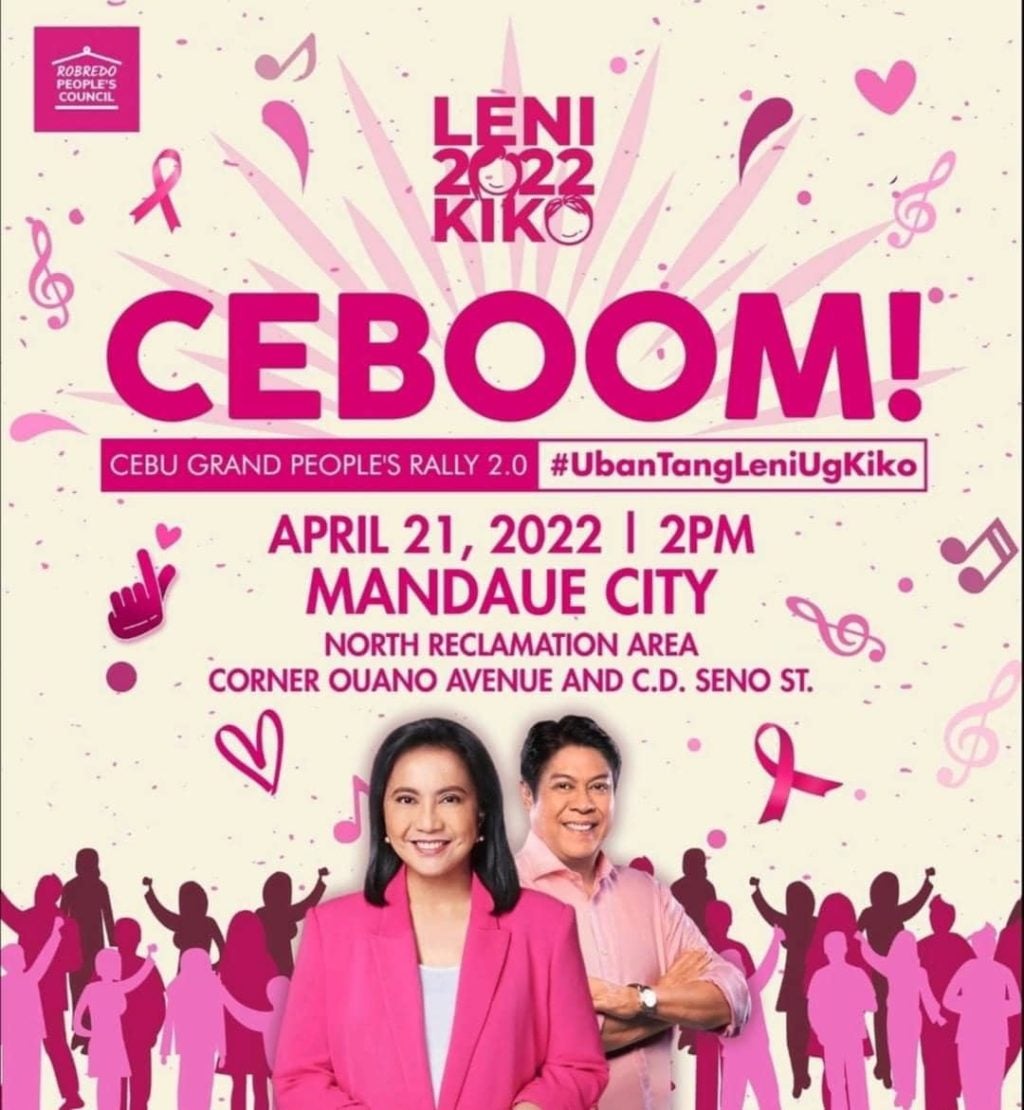 Around 5,000 people from the Movement for Transformative Politics, Laylayans for Leni, the Liberal Party, urban poor and workers groups and supporters of the Bando Osmeña Pundok Kauswagan (BOPK) are expected to join the ‘Freedom March 2022.’

“This is a sequel of the Freedom March that we had in 1985, which united Cebu and eventually led to the downfall of the dictator,” Fernandez said.

“Everybody is invited to join this 3.5 km march to preserve our freedom,” he added. 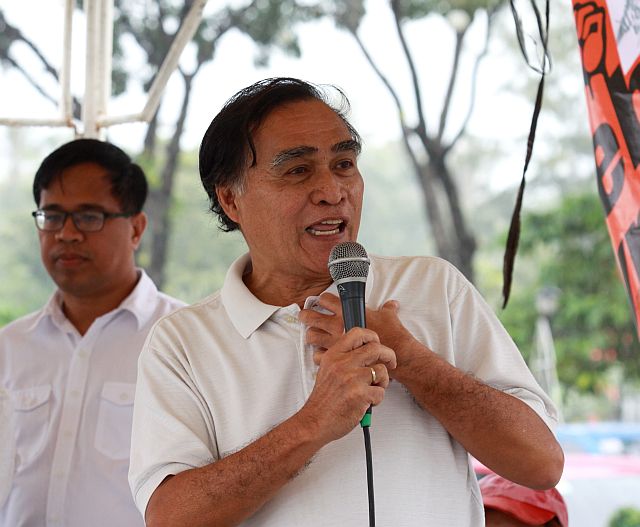 Fernandez said it is important to remind Cebuanos of the significance of the 1985 Freedom March, which happened during a time when Cebu was the “bedrock” of the opposition in the country.

The 1985 Freedom March here was participated by politicians, urban poor groups and workers among others who “united against the  Marcos dictatorship.”

“When Marcs Sr. was in power, we lost our freedom. Karon with another Marcos, there is another threat that we might also lose our freedom,” Fernandez said.

After the Freedom march, Fernandez said, they will then proceed the Ceboom grand rally in Mandaue City.

Cebu supporters of Vice President Robredo and Senator Francis Pangilinan are expected to converge at a vacant lot at the NRA in Mandaue City starting at 2 p.m. on Thursday, April 21.

Reelectionist Vice Governor Hilario Davide III announced on social media that more that more than 115 medics spearheaded by the Cebuano Doctors for Leni-Kiko will be placed on standby during Ceboom grand rally to respond to emergency situations. 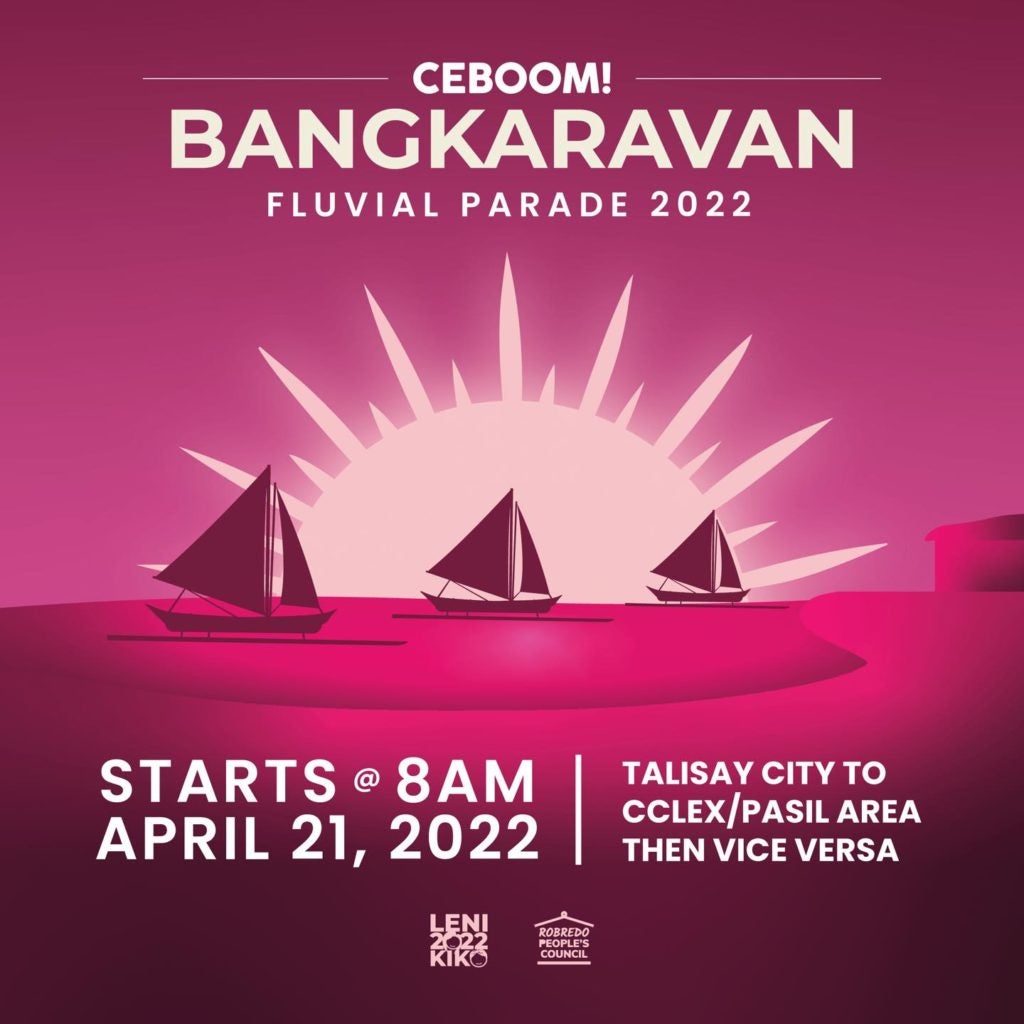 But before that, a Bangakaravan Fluvial Parade will be held on the waters of the neighboring cities of Cebu and Talisay starting at 6 a.m.

This will be participated by fisherfolks in the area, according to an advisory from the Youth for Leni – Cebu.