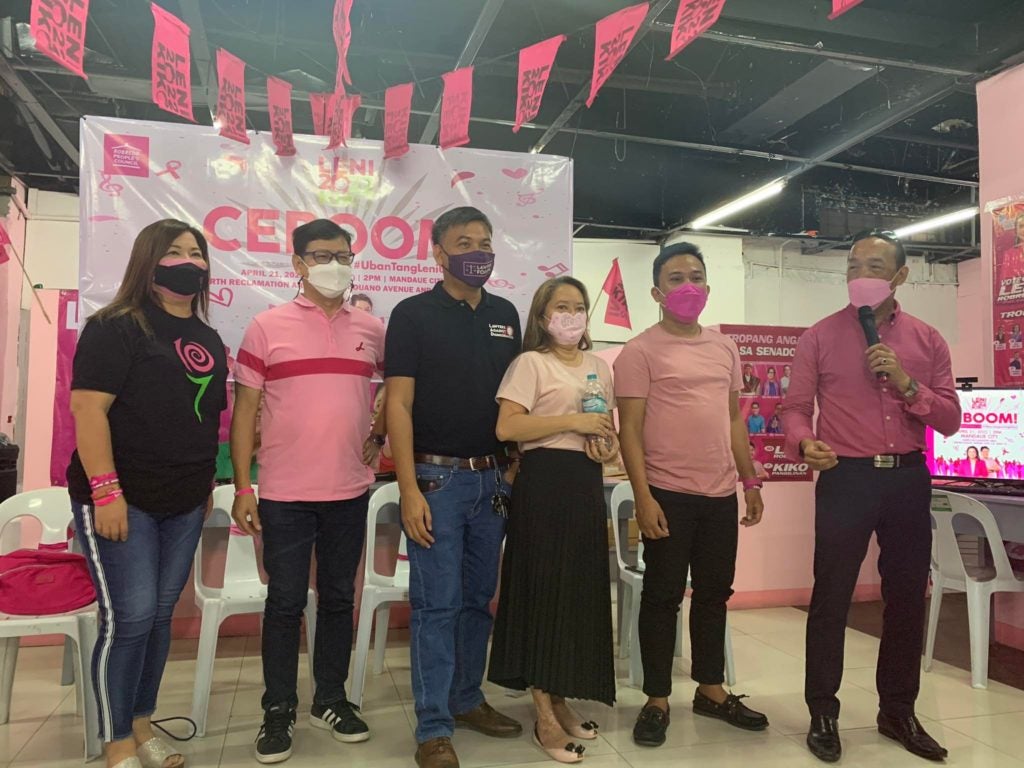 Organizers of Ceboom, Leni-Kiko Grand Rally at the Mandaue Reclamation Area on April 21 can bring in 250,000 Cebuanos. | Pegeen Maisie Sararaña

CEBU CITY, Philippines — Organizers of Leni-Kiko’s CEBOOM grand rally on April 21 in Mandaue City are hopeful to attract at least 250,000 Cebuanos based on what the 5.5-hectare area can accommodate.

Organizers in a press briefing said that all Tropang Angat Senatoriables together with Vice President Leni Robredo and Senator Kiko Pangilinan will grace the event that will happen in Mandaue City Reclamation Area.

They also said that there are no areas for Very Important Persons (VIP) as this will be on first come first served basis. However, there will be designated areas for the senior citizens and the Persons With Disability (PWDs).

“It’s very specific also that we won’t allow local politicians to go on stage,” they added.

They further remind the public to wear light clothes as they expect crowd influx at that time.

Aside from that, rallygoers are also reminded not to bring backpacks with them. Instead, they may bring transparent or small bags for their valuables.

(The audience are also reminded to bring water and to stay hydrated.)

Organizers also said that they were closely coordinating with the police and other concerned agencies to secure the event.

They also said that the event is open for all ages and as far as minors are concerned, parents and guardians are reminded to keep their children with them.

As the election draws near, Leni-Kiko’s organizers believe that this grand rally will be able to convince the undecided voters.