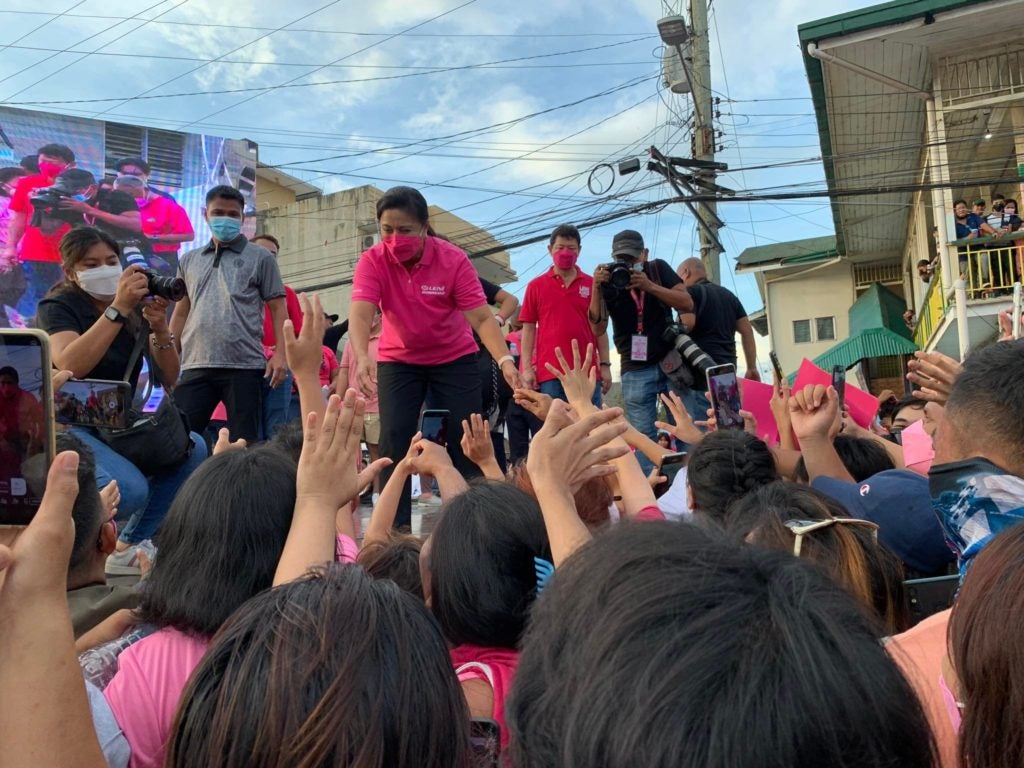 Vice President Leni Robredo, who is running for president, greets supporters at the city hall in Danao City in northern Cebu where a mini-rally for the Leni-Kiko tandem was held today, April 21, during the tandem’s campaign caravan in the north of Cebu. | Morexette Erram

CEBU CITY, Philippines — With only 18 days left before the May 9 polls, the tandem of Vice President Leni Robredo and Senator Kiko Pangilinan made the rounds in Cebu again on Thursday, April 21.

Robredo and Pangilinan visited at least seven areas in north Cebu on Tuesday morning for their campaign caravan.

Their first stop was Bantayan Island, making Robredo the first Presidential candidate for the 2022 polls to visit the island group.

They also made stops and wooed voters in the towns of San Remigio, Medellin, Tuburan, Tabuelan, and Bogo City and Danao City.

In Danao City, the slate held a closed-door meeting with the mayor, Ramon “Nito” Durano III before proceeding to their mini-rally in front of the city hall.

Details of their meeting, which lasted roughly 30 minutes, were not made public yet. 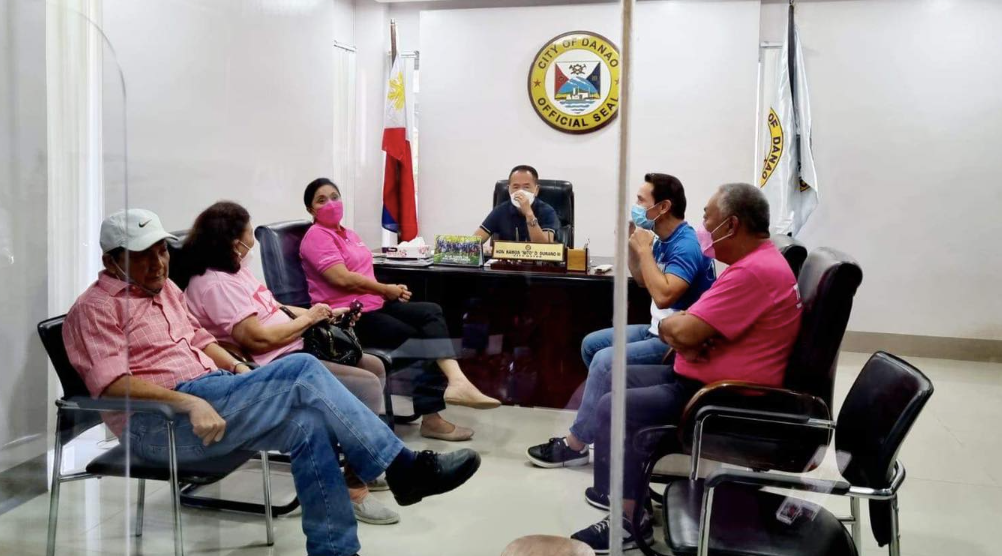 Ace, who is gunning for the province’s top elective post, belongs to the Partido Pilipino sa Pagbabago (PPP) and has yet to formally declare his Presidential bet.

Davide, on the other hand, is under Liberal Party and has endorsed Robredo’s presidential bid.

Speculations are circulating that Ace would be joining Davide in supporting Robredo for the Presidential race.

In her speech during their group’s mini-rally in Danao City, Robredo said they intentionally visited every town in north Cebu on Thursday to personally meet and greet voters, and “listen to their sentiments”.

“We know some of you cannot make it to Mandaue City. So we’re here to listen and be closer to you,” said Robredo in Tagalog.

The Presidential aspirant was referring to the Ceboom Grand Rally which is currently held at North Reclamation Area, Mandaue City.

Around 250,000 attendees are expected to join the Ceboom event.

They also visited southern towns and cities in Cebu that time.

Cebu is the country’s most vote-rich province, with over 3.2 million registered voters.