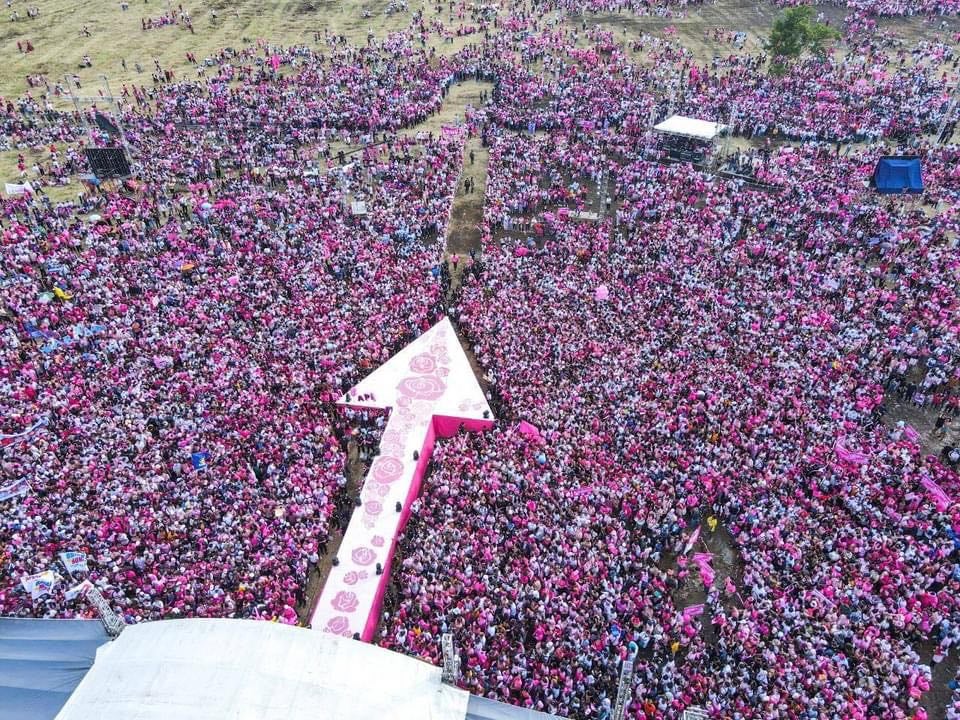 Police Lieutenant Colonel Franco Rodulf Oriol, deputy city director for operations and spokesperson of the Mandaue City Police Office, said they used the drone video and pictures to analyze the crowd in relation to the whole area.

“The last crowd estimate as of 9 pm….. using drone video and pictures we analyze the crowd in relation to the whole area,” said Oriol in a text message sent to CDN Digital.

Lead organizer Ricky Ballesteros, said their estimate was at 250,000 based on the land area which was more than 52,000 square meters.

“If 52,659 sq meters you multiply it to 4 ( with the ratio of 1 sq meter to 4 persons) including on the sides of the streets in the vicinity of the venue,” said Ballesteros in a text message sent to CDN Digital.

“Ang akoa lang no, I think both events (Leni-Kiko and BBM-Sara grand rallies ) puno man. Ang nakalahi lang is very challenging to fill up this huge space. Magpasalamat lang ta nga in any camp, wether the other camp, puno siya. Cebuano can make full of big events in a period of time,” said Ballesteros.

Moreover, Oriol said the event was generally peaceful with no crime incidents recorded such as lost wallets and cellphones.

He said though that a few individuals have fainted, have high blood pressure, and experienced fatigue which was promptly responded to by medicals.   /rcg