CLOSE
LATEST NEWS
NOT YET FOR SENIORS, HEALTH WORKERS

2nd booster rolled out April 25 for those with comorbidities 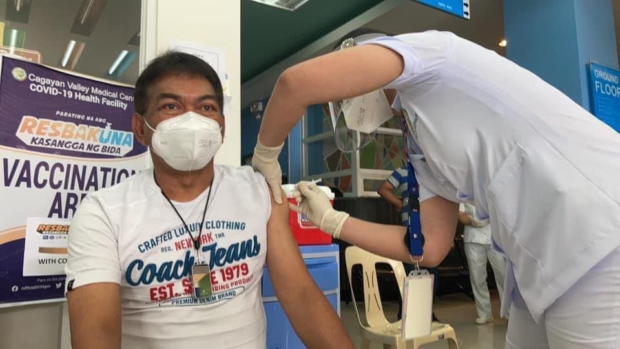 MANILA, Philippines — The government would start next week the rollout of the second COVID-19 booster shot for the immunocompromised, or people with comorbidities.

“We are going to start it on Monday and we’re going to do it nationwide,” Health Undersecretary Myrna Cabotaje said in a television interview on Friday.

“No more NCR (National Capital Region) Phase 1. We would like to roll it out nationwide, immediately on Monday, after we have discussed the guidelines with our implementers,” she added.

The Food and Drug Administration had approved earlier this month the second booster dose for health workers, the elderly and the immunocompromised—the top three priority groups in the government’s vaccination program to stop the further spread of the coronavirus.

But Health Secretary Francisco Duque III said health workers and seniors would not yet be part of the rollout.

“So for now, what I have approved based on the recommendation of the Health Technology Assessment Council is the second booster dose only for immunocompromised patients,” he said, referring to the advisory body of the Department of Health (DOH) regarding health technologies.

Asked at Friday’s Laging Handa briefing if elections in areas where COVID-19 infection is high may have to be suspended, Duque said: “[T]hat is always a possibility, but we will stick to our alert leveling system.”

According to a Feb. 27 memorandum by the Inter-Agency Task Force for the Management of Emerging Infectious Diseases, it is the DOH that now determines the alert level in any given area, with level 4 imposing the strictest curbs on public mobility.

Several parts of the country, including Metro Manila, have been under alert level 1, the most relaxed status, since March 1.

But Duque said there were “limitations” on indoor capacity in “public places or those areas if we’re under alert level 2, for example.”

“Now, if the question is, is it possible to have a postponement [of the elections]? Yes, of course. It is possible if the number of cases is really too high in select areas,” he said.

He also advised those who get infected with COVID-19 by May 9, Election Day, to stay home, as he noted that this was still in line with the government’s policy of isolating coronavirus patients.

“We always say that our policy is to isolate if you have symptoms,” Duque said. “My position … is if you are sick, do not go out because [you] might infect others, that would be difficult.”

The World Health Organization (WHO) has warned that the country may have as many as 300,000 active cases by next month if the government’s inoculation campaign with the first booster shot remained slow and if large segments of the public have been disregarding health protocols.

On Thursday, Secretary Carlito Galvez Jr., chief implementer of the National Task Force Against COVID-19, said the government would lower its vaccination target from 90 million to between 77 and 80 million “by the end of the term of … President [Duterte].”

Galvez cited the decreasing vaccination rate from 18.2 million in January to 2.5 million so far this month.

The latest figures by the DOH show that 67.2 million have been fully inoculated with the primary two doses, but only 12.6 million—or 14 percent of the original vaccination target of 90 million—have been administered a booster dose.

Read Next
Heart Evangelista tries her hand at deboning ‘bangus’