Over 65,000 supporters flock to `Iskoncert’ Rally in Carcar, Cebu CARCAR, Cebu – The “silent majority” being touted by Aksyon Demokratiko standard bearer Isko Moreno Domagoso, who were present in his campaign sorties, was in full force again with about 65,000 people attending the “Grand Iskoncert-Rally” here Sunday night, April 24, 2022.

Moreno was not able to attend the Carcar grand rally but the presence of his actor-son Joaquin Domagoso and entertainer Mocha Uson of the Mothers for Change (MoCha) Party-list was enough to keep the crowd of 65,000 electrified to stay until the end of the concert.

The crowd was composed mostly of youth supporters and ordinary people who converged in front of the new Carcar Coliseum located at the back of the new city hall to attend the four-hour concert dubbed “Carcar Bilis Kilos: Iskoncert Rally Yorme Isko.”

(Purely local entertainers were the ones who performed in the concert and Joaquin Domagoso, and the tiktokers for Isko. There was no talent fee. All who performed were doing an act of volunteerism. There were no T-shirts given and the people who attended did so on their own accord.) Carcar City Police Station chief Colonel Erdy Cabagnot  said the crowd in the concert-rally was estimated to have reached more than 65,000 at its peak. No untoward incidents were reported.

Carcar City’s 65,000 crowd topped the two previous concert-rallies in Cebu City last April 7 and 8. The concert events capped Moreno’s barnstorming of the Cebu province with a mix of motorcades and town hall meetings. 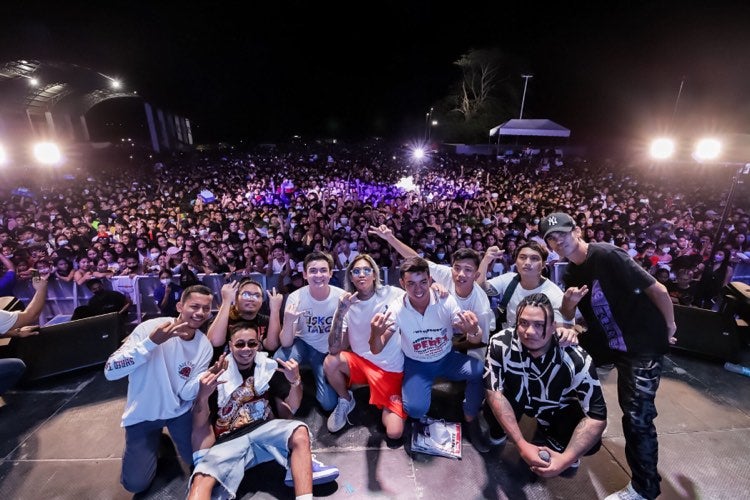 Last April 8, the force of nature could not contain the outpouring of support for the Aksyon Demokratiko presidential bet as 20,000 Cebuanos braved the rains spawned by Tropical Depression Agaton to show their full love and support for Mayor Isko in a grand rally in Toledo City.

Despite the stormy weather last April 7, about 35,000 people packed the outdoor area of Hoops Dome in Lapu-Lapu City to see and hear their the 47-year-old presidential aspirant who rose from poverty as a basurero to become an actor, Manila councilor for nine years, vice mayor for nine years and now mayor who is running for the highest position in the land.

Both Cebu concert-rallies were organized by the group of House Deputy Speaker and One Cebu secretary-general Pablo John “PJ” Garcia, who has directly endorsed Isko Moreno as his presidential candidate. Panay is the largest island in Western Visayas (Region VI). It is composed of the provinces of Aklan, Antique, Capiz, and Iloilo.  Moreno’s father, Joaquin Domagoso, hails from San Jose town in Antique.

On Monday, Moreno and his party were warmly received by Carles town Mayor Siegfried Betita and Vice Mayor Arnold Betita at the municipal hall.

After the courtesy call, Moreno and his slate proceeded to the town hall meeting attended by at least 5,000 residents where the Manila mayor spoke of his “Life and Livelihood” program of government with focus on the people’s minimum basic needs – decent housing for the poor, modern hospitals, affordable quality education, jobs and ayuda for those affected by the COVID-19 pandemic. Moreno said if he would win the presidency, his administration woould address poverty, hunger, unemployment, inequality and social injustice through an inclusive and equitable infrastructure development program as spelled out under his 10-point Bilis Kilos Economic Agenda.

To achieve this, Moreno’s administration will continue the Build, Build, Build program of President Rodrigo Duterte, with a focus on building more public housing, more public schools, and more public hospitals across the country to create more jobs and opportunities for our people.

To further alleviate the plight of the masses and protect industries, Moreno will work closely with Congress to reduce the taxes on two of the most basic of commodities – petroleum and electricity.

Moreno also vowed to revive and support the MSME sector through various government interventions, as well as promote a culture of sustainable tourism by developing tourism highways and tourism circuits among others. Read Next
Now no. 2 in WBO light flyweight rankings, Vicelles is closer to world title shot