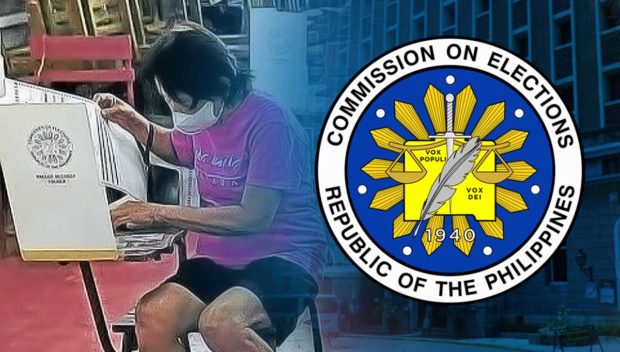 CAGAYAN DE ORO CITY — One of Mindanao’s biggest groups of LGBTQIA+ has launched “Bayot, Botar!” (Gay, Vote!), a voters’ education caravan to fight “fake news” and disinformation among the communities of lesbian, gay, bisexual, transgender, queer or questioning, intersex and other sub-groups and their allies.

According to Salm Kairo Dumanlag, executive director of the group Mindanao Pride, the proliferation of disinformation created to attack political candidates on social media prompted them to conduct voter’s education to its members.

“Bayot, Botar!” which already started on April 19 among the LGBTQIA communities here, would also be a traveling caravan, making stops in other areas in Mindanao that already included Bukidnon on April 20, Davao City on April 22 and Zamboanga City on April 29.

LGBTQIA+ stands for lesbian, gay, bisexual, transgender, queer or questioning, intersex and other sub-groups and their allies.

Dumanlag said one of the reasons that prompted them to embark on the project had been the spread of “fake news” and disinformation and how it tended to distort the people’s perception of certain electoral candidates running for the May 9 national and local elections.

He defined “fake news” as a generic term used to refer to false information usually in the form of memes, gossips, allegations, unverified reports, edited or made-up videos meant to destroy the reputation of a person or a group circulated on social media platforms such as Facebook, Twitter, YouTube and TikTok.

“One of the topics of [Bayot, Botar!] is on fake news. The challenge of the LGBTQIA+ is we must not spread it but (instead,) scrutinize it,” Dumanlag told the Inquirer.

Dumanlag, who teaches at a university here, said the group targeted more than 500 participants on their four-leg tour in the different areas in Mindanao.

They also include in the voters’ education package discussions on the empowerment of the LGBTQIA community and their role in the electoral process.

“We will educate them on how to vote properly, and who they should vote for, although we don’t promote a particular candidate or political party,” he said.

Dumanlag noted that LGBTQIA+ members’ usual role during the election season had always been as campaign leaders.

But he said this role would soon change as their members realized they could do more than campaign for a particular candidate. He said members had also been prone to manipulation and exploitation by political candidates during campaigns.

“We cannot deny the fact that the LGBTQIA+ has its own sector in the community. We need to empower them in the coming elections down to the grassroots, as this (upcoming elections) will (either) be a make-or-break for us all. We cannot wait for another six years,” Dumanlag said.

“Election is vital to every democratic country. The LGBTQIA+ community is one of the sectors that has been marginalized in terms of electoral and policy involvement,” Mindanao Pride announced on its Facebook page.

Dumanlag said their voters’ education campaign would cover members regardless of their political affiliation.

“We will not be campaigning for one candidate as we are aware that our members differ in their choices of candidates,” he added.

But the activity helped participant Rafael Fernando, 22, a freelance performer and youth leader in Barangay Patag here to discern the right choices in the upcoming elections.

“The orientation helped us reflect who and what kind of leader we should vote for,” said Fernando, also known as “Inday Negra” to friends.

He could not persuade all people around him to prefer his political bets but Fernando said the best thing for him to do would be to respect others’ points of view.

“But I still want them to choose the most deserving candidates to lead our country,” he said. “Otherwise, it will just be like gambling another six years of our life,” he added.