Inoue hires 2 Pinoy sparmates as he prepares for Donaire showdown 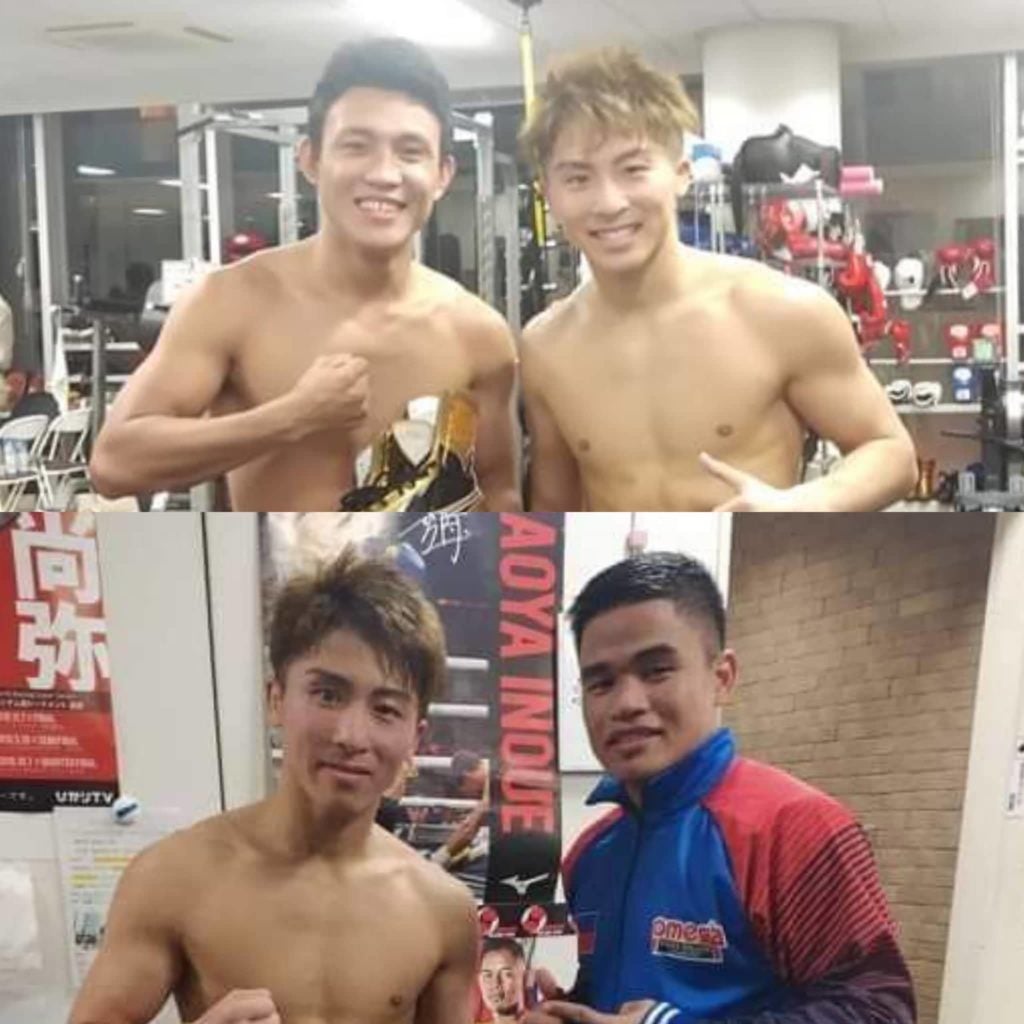 KJ Cataraja (above) and Pete Apolinar (below) pose with Naoya Inoue during their experience as sparring partners with the Japanese boxing superstar. | Facebook Photos.

Inoue’s rematch with Donaire is considered the biggest fight of his career, so it’s not surprising why he hired top-caliber boxers like Cataraja and Apolinar.

In their first meeting in 2019 in the finals of the World Boxing Super Series in Japan, Inoue won by unanimous decision to clinch the two world titles he is currently defending.

For the 26-year-old Cataraja who is rated No. 10 in the WBO super flyweight division, he is ready to trade leathers with the Japanese boxing superstar. Cataraja was hired by Inoue as his sparring partner for the fourth time.

Cataraja is one of the most sought-after sparring partners for Japanese world champions. Aside from Inoue, he also sparred with Riyuya Yamanaka and Kosei Tanaka.

Cataraja is unbeaten with 14 wins and 12 knockouts.

Apolinar was hired by Inoue before the onset of the Covid-19 pandemic in preparation for his bout against Johnriel Casimero which didn’t push through.

This time, Apolinar is excited to face Inoue again in sparring.

Cataraja and Apolinar will leave for Japan on Sunday.   /rcg

Read Next
Paradero, Paras end 10-round bout in a split draw