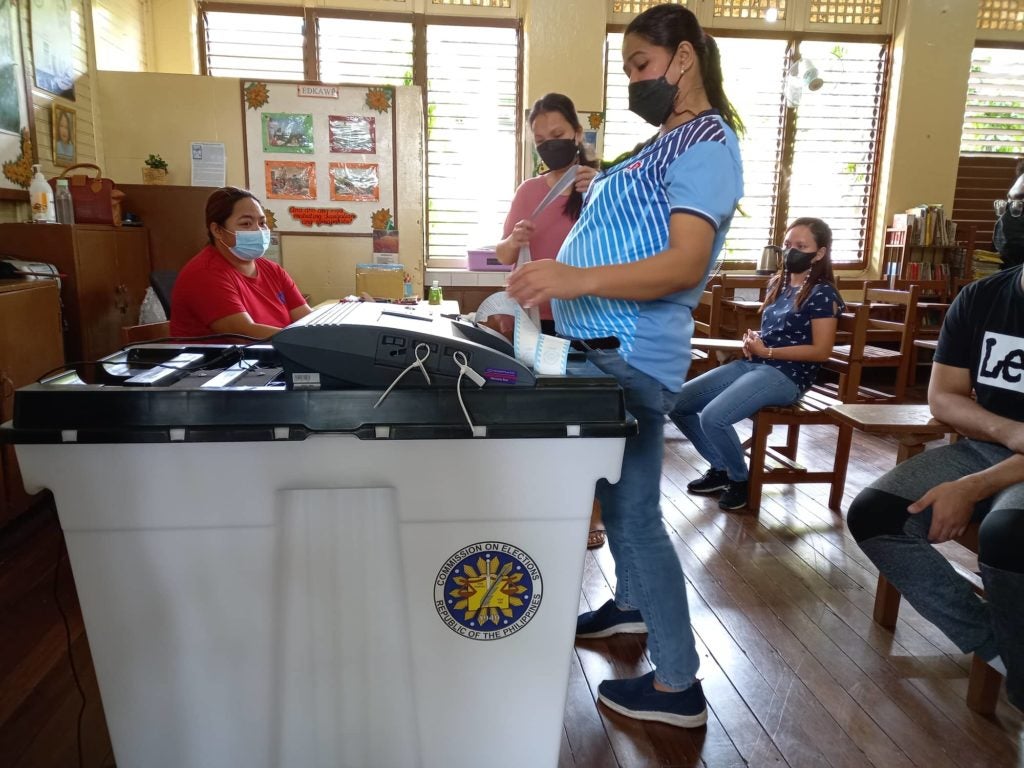 The final testing and sealing (FTS) of vote-counting machines at the Mandaue City Central School in Barangay Centro on Thursday, May 5. Lani Mercado Labis, Electoral Board Chairperson of one of the precincts, said their FTS went smooth and did not experience difficulty.

MANDAUE CITY, Philippines — A total of four vote-counting machines (VCMs) in Mandaue City were found to be defective during the final testing and sealing (FTS) conducted on Thursday, May 5.

Sarah Cristina Reuyan, the election assistant of the Commission on Elections in Mandaue City, said the VCMs do not accept ballots.

Reuyan said the VCMs were brought to the Smartmatic hub which is located at the COMELEC provincial office but only three were fixed. She said the other one needs replacement.

Reuyan said the teachers assigned to the three precincts were able to conduct final testing and sealing in the afternoon.

She said the team appointed to one of the precincts in Barangay Maguikay has yet to conduct FTS. They will conduct FTS immediately after the replacement would arrive.

Lani Mercado Labis, Electoral Board Chairperson of one of the precincts in the Mandaue City Central School, the biggest polling center in Mandaue, said their final testing and sealing were smooth and did not experience difficulty.

Dr. Alma Bardaquillo, the school’s principal said they are now ready for Monday though she said they would still need to divide the entrance gate for the three barangays. The school is the polling center of barangays Centro, Alang-Alang, and Cambaro.

Barquillo said the gate will be divided so that voters will not run across each other as one of the protocols to be implemented because of the COVID-19 pandemic.