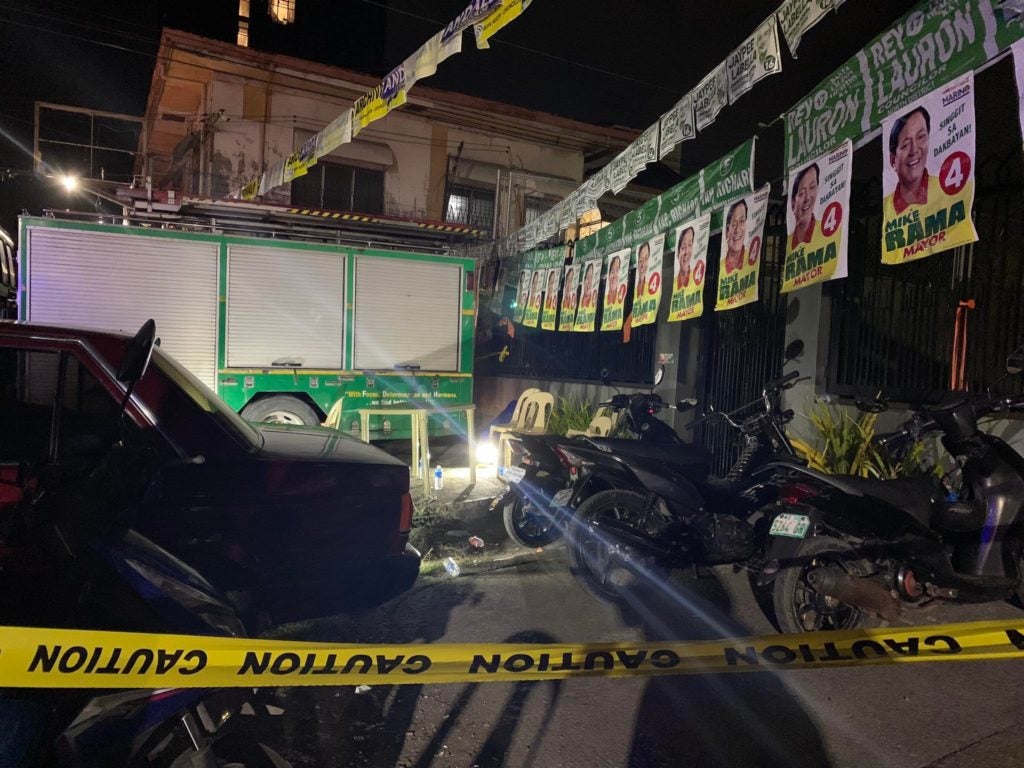 This is the area where barngay tanod Brian Mabaga was shot by a still unidentified suspect on Monday evening, May 9, 2022. CDN Digital photo | Pegeen Maisie Sararana

CEBU CITY, Philippines — Police here are considering drugs and personal grudge as the possible motives in the killing of Barangay Lorega tanod on Monday night, May 9, 2022, in front of the Zapatera Elementary School.

Police confirmed that on Tuesday, May 10, the victim, Brian Mabaga of Barangay Lorega, died in the hospital hours after he was shot by a still unidentified gunman.

Police Lieutenant Colonel Wilbert Parilla, deputy director for operations of the Cebu City Police Office (CCPO), said that they received reports that Mabaga was a suspected drug personality in their barangay.

However, Parilla said that they have yet to confirm this allegation as they continue their investigation.

Aside from possible involvement in illegal drugs, Parilla said that they are also not discounting the possibility of personal grudge, considering that the victim is a barangay tanod (village watcher).

(Accordingly, he was allegedly tagged as a drug personality but we have yet to confirm its veracity. We received reports of his alleged involvement.)

According to Parilla, the victim survived the first attempt of his life last April in Barangay Lorega. However, they still need to clarify details of this one pending further probe.

(Or [this could be] personal grudge. Accordingly, last month [April], there was an attempt on his life but his cousin was killed instead. This might be personal.)

(He was supposed to be the target but the perpetrator believed that his cousin was him because of the same shirt his cousin was wearing at that time when he was shot. This time, it was really him who was shot. )

For his part, Police Major Albert Quilitorio, chief of Parian Police Station, said that they recovered camera footage from a nearby establishment.

They are now looking at the background of the barangay tanod as they consider that Mabaga was in conflict with someone prior to the incident.

Quillitorio said that they still have no leads on the possible identity of the gunman and his possible cohorts.

He added that Mabaga was indeed the target as the victim was with five other individuals at the time of the shooting.

However, the gunman only shot him from his back four times. Police also recovered four empty shells of a still unidentified firearm.

Witnesses in the area claimed that the suspect rode a motorcycle driven by another person. They were accompanied by another man onboard a separate motorcycle.