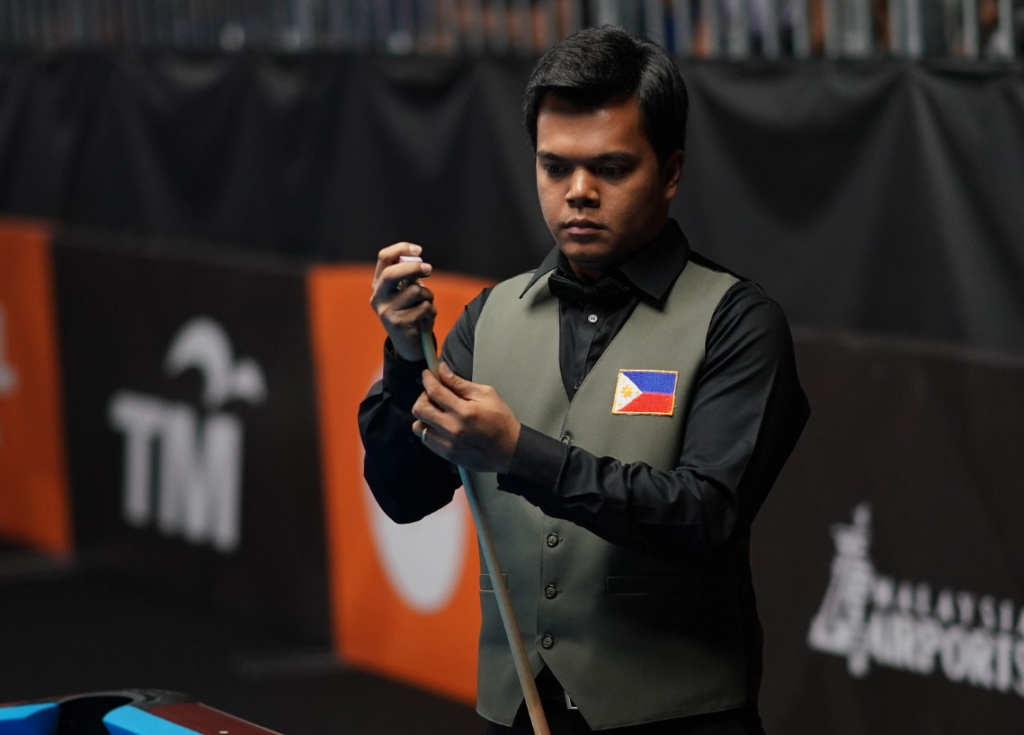 Reigning US Open 8-ball and 9-ball champion, Carlo Biado will banner an elite cast of Filipino athletes who will travel to Vietnam on Wednesday for the 31st SEA Games.       | Inquirer photo

CEBU CITY, Philippines — A bunch of Filipino potential gold medal winners will arrive in Vietnam tomorrow, Wednesday, ahead of the opening ceremony of the 31st Southeast Asian Games (SEAG) on Thursday.

No less than billiards world champion Carlo Biado and an assembly of potential gold medalists from various sports will arrive on Wednesday and could join the Parade of Nations in the opening ceremony of the biennial games at the My Dinh Stadium in Hanoi.

Cue masters and perennial SEA Games gold contenders Chezka Centeno and Rubilen Amit are also checking in as well as Filipino billiards icon Efren “Bata’’ Reyes prior to the opening rites on Thursday.

The Philippine Sports Commission (PSC) was tasked to facilitate the trouble-free departure of the athletes and will be on hand to welcome them to Hanoi.

“So far, so good. The arrivals have been going on smoothly. We are preparing for the opening ceremony and have been continuously providing assistance to our athletes,’’ said PSC Commissioner Ramon Fernandez, the country’s chef de mission.

Fernandez revealed that spectators are allowed to cheer for the athletes during the competition after attending the first chef de mission meeting in Hanoi on Tuesday.

Men’s football, beach handball, kickboxing, and diving are already in full swing while rowers and athletes from pencak silat and chess are warming up to kick off their respective medal campaigns.

The Philippines is sending 641 athletes who will be vying in 38 sports events hoping to defend the country’s overall championships which it won in the 2019 edition in Manila.

In total, 120 athletes, coaches, and officials are due to arrive in Hanoi on Wednesday before athletes from archery, beach volleyball, dancesport, esports, sepak takraw arrive to the Vietnamese capital.

On Friday, the Philippine men’s basketball team comprised of PBA stars Junemar Fajardo, Robert Bolick, and siblings Kiefer and Thirdy Ravena will arrive together with the women’s basketball squad and teams from boxing, muay, taekwondo, wrestling, and shooting.    /rcg