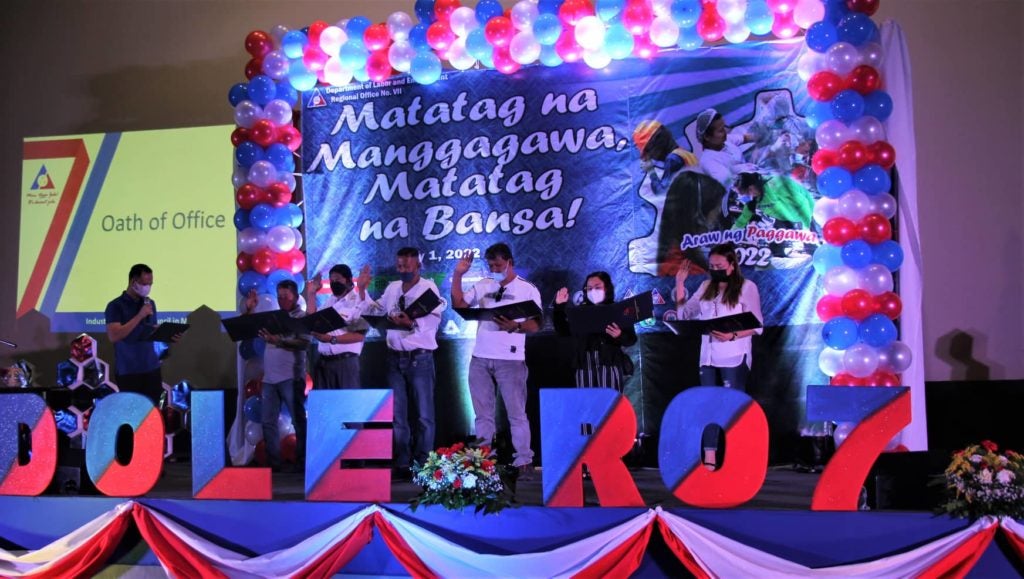 DOLE-7 Undersecretary Victor del Rosario inducts the board of trustees for labor and management during the Labor Day celebration of DOLE-7 at SM City Cebu. | Contributed photo

CEBU CITY, Philippines — The Department of Labor and Employment (DOLE-7) announced the creation of the Industry Tripartite Council in Mining (ITC-Mining), the latest tripartite body in the region.

Victor del Rosario, DOLE-7 undersecretary and concurrent head, said in a statement that the creation of the ITC in Mining would mean that there would be more avenues in promoting tripartism and social dialogue to the public.

“We cannot maintain industrial peace without the cooperation from labor and management. I am so delighted with this development,” Del Rosario said, highlighting that this mechanism would enable the representatives from the labor, management and government to engage important sectors and groups when it comes to labor and employment issues and concerns.

Del Rosario also inducted the Board of Trustees for labor and management during the Labor Day celebration held at SM Cinema 2, SM City Cebu, where the Labor Day Activities of DOLE-7 took place.

It was also during Labor Day activities that around 500 packs of sanitation and health kits were also distributed to the different ITCs and TIPCs joining the event after the induction.

The ITC in Mining is the latest addition to Region-7’s pool of existing ITCs and Tripartite Industrial Peace Councils (TIPCs).

There are also twelve (12) ITCs sustained in the region including the ITC in Education; ITC in Hotels, Resorts, Restaurants and Tourism (HRRT); ITC in Business Process Management (BPM); ITC in Maritime; ITC in Shipbuilding Ship Repair; ITC in Construction; ITC in Bus Transport; ITC in Manufacturing; ITC in Hospitals; ITC in Private Recruitment Agencies (PRA); ITC in Wholesale-Retail; ITC in Security Services and now the ITC in Mining.

No wage hike announcement from Duterte on Labor Day