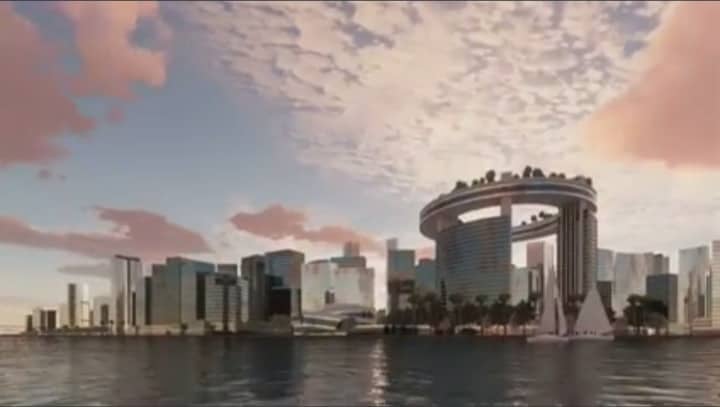 This is a computer generated image of a portion of the planned waterfront city that will soon rise in Mandaue City. | Contributed photo via Mary Rose Sagarino

MANDAUE CITY, Philippines — Thousands of job opportunities will be generated in Cebu especially in Mandaue City as a world-class waterfront city will soon rise in the City.

Mayor Jonas Cortes said the project that broke ground on Thursday, May 12, would be expected to help the city become attractive to locators, which could bring in more investments and jobs that in turn would help improve the local economy and lives of Cebuanos.

Called the Global City of Mandaue, it is considered as Cebu’s prestigious Waterfront City and World class reclamation and development project.

The 101-hectare reclamation project will be built along the Mactan Channel, near the Marcelo Fernan Bridge. It is centrally located about 2.7 kilometers from the Mactan Cebu International Airport (MCIA).

The project, which will be considered as one of Mandaue City’s central business centers, will have three districts namely Civic, Commercial, and Waterfront Luxury. 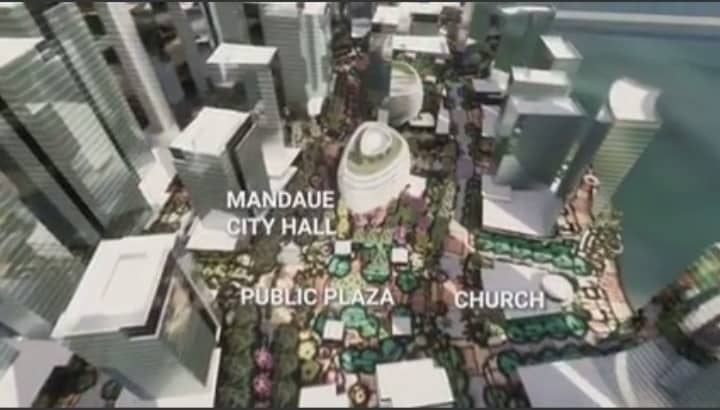 The waterfront city project in Mandaue City will also house the new Mandaue City Hall, a Mandaue cathedral and a food park. The area will be called Cemanda or short for Cebu and Mandaue. | Contributed photo via Mary Rose Sagarino

The Civic District that will be called Cemanda, a short term for Cebu and Mandaue. It will house the new Mandaue City Hall, Civic Center and would also feature a multi-modal ferry terminal to bring economic activity. It would be a new hub for cultural activities, Mercatos (which is similar to a food park), and the city’s new Cathedral.

The Commercial District that will be named Meridio, is envisioned as a smartly planned hub where businesses and investors will thrive. World Class malls, outdoor, lifestyle, shopping and retail area, hotels, and office towers,

The Waterfront Luxury District will be expected to be the Cosmopolitan Epicenter in Cebu. It will be an exclusive enclave of elegant living and entertainment options. It will house a world class convention center and various residential towers for both local and foreign investors. 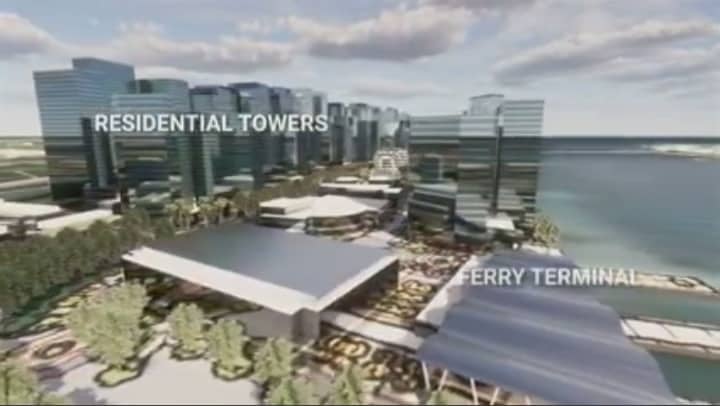 This is also the portion of the waterfront city project where the residential towers and ferry terminal will be located. | Contributed photo via Mary Rose Sagarino

The development will also have a spur bridge that will connect to the MCIA or Mactan Cebu International Airport. Developers said that it could be the intersection of the future fourth Cebu-Mactan bridge.

Aside from that, there will also be a multi-modal bus and ferry terminal.

The project was planned and designed by world-leading property development consultants. All buildings will be BERDE-Certified, featuring biophilic designs, green facades and vertical gardens. 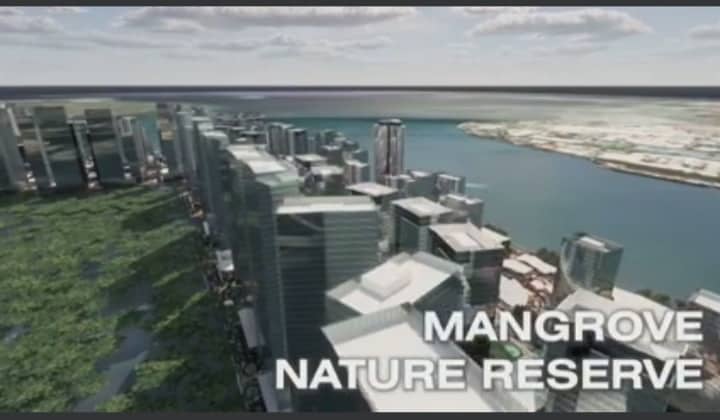 The planned waterfront city in Mandaue City will also have a mangrove nature reserve. | Contributed photo via Mary Rose Sagarino

The project is a private-public partnership between the Mandaue City government, Global City Mandaue Corp., and Philippine Reclamation Authority.

The project also got the support of the  Cebu Provincial government.

Lawyer Janilo Jubiato, PRA general manager and chief executive officer, promised to fast-track all documents that would be submitted for the project.

Sheila Romero, Global City Mandaue chairperson and CEO, said the reclamation would start in September this year and would be expected to be completed from eight months to two years.

Romero, said the construction of the project would be done by phases.

She also said that she did not have with her the data of the exact cost of the project but it would be in the billions of pesos.

She said by the end of the year next year, the Civic Center would be constructed.

(By the end of next year, we will have built facilities like our outdoor lifestyle shopping area so that we can get the interest of our many locators.) /dbs