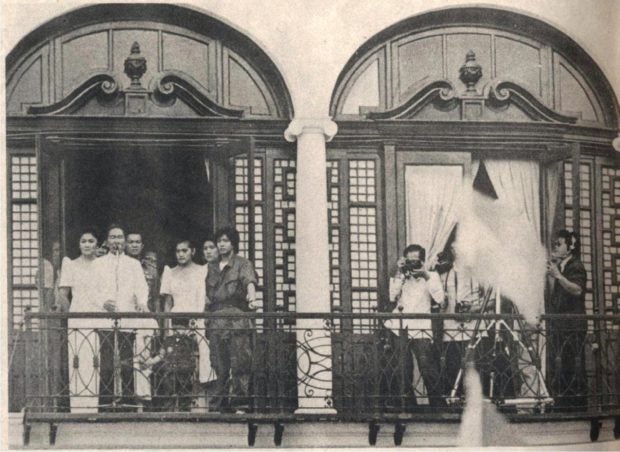 Ferdinand Marcos Jr (sixth from left) wears a military uniform as his father, the late dictator Ferdinand Marcos, delivers a speech hours before the Marcos family fled Malacañang. PHOTO FROM MR. AND MS.

MANILA, Philippines (Updated)— Malacañang’s official website, which also stored the Presidential Museum and Library that contained the historical records of the Martial Law regime under the late dictator Ferdinand Marcos Sr., had suddenly gone down on Monday.

This was flagged by former Presidential Communications Development and Strategic Planning Office Undersecretary Manolo Quezon III in a tweet.

“malacanang.gov.ph where the repositories of the Presidential Museum and Library were, is gone,” said Quezon.

This also came just a few days after the May 9 elections saw the son of the late dictator and namesake Bongbong Marcos Jr. leading the presidential race by a large margin at 31 million votes over Vice President Leni Robredo, who garnered just 14.8 million votes. 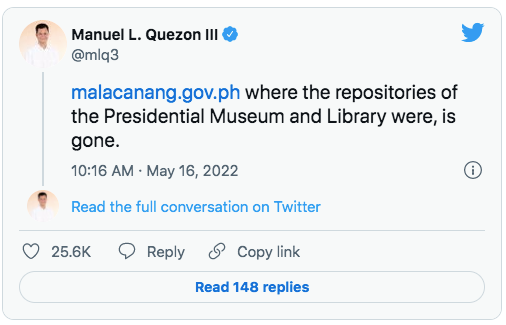 Malacañang later clarified in a statement that the website was “suspended while updating its content and security features.

“Please be informed that, contrary to reports that it has been deleted, the website malacanang.gov.ph is merely suspended following measures to update the content therein and improve its security features,” the Palace said.

“Rest assured that the contents of the said website have not been compromised and will be made available to the public at the soonest possible time,” it added.

This came just a few days after the May 9 elections saw the son of the late dictator and namesake, Ferdinand “Bongbong” Marcos Jr., leading the presidential race by a large margin at 31 million votes over Vice President Leni Robredo, who garnered just 14.8 million votes.

With the official website down, Quezon listed alternative links of historical materials that were stored within the currently inaccessible website — some of these were from The Official Gazette, which is the official journal of the Philippines, and archive.org a public domain where copies of the materials were uploaded. 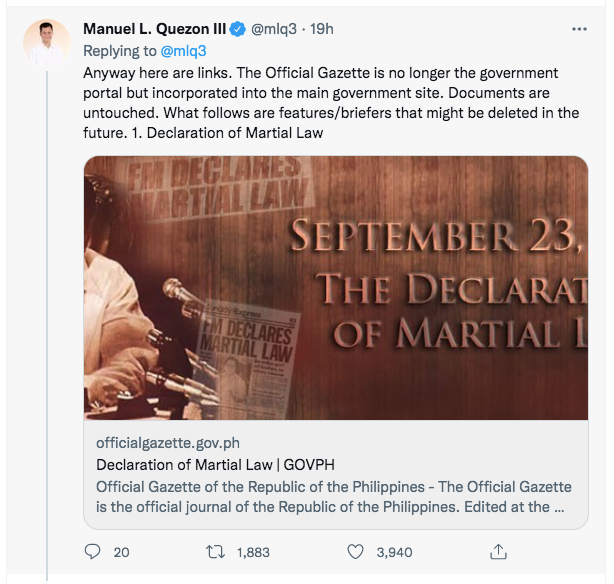 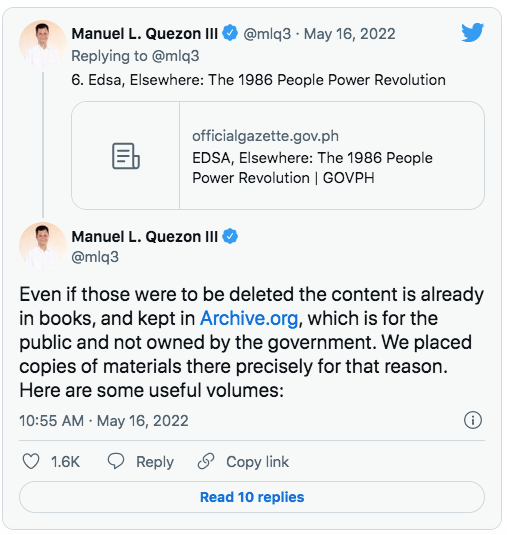 Read Next
Two most wanted persons in Mandaue nabbed