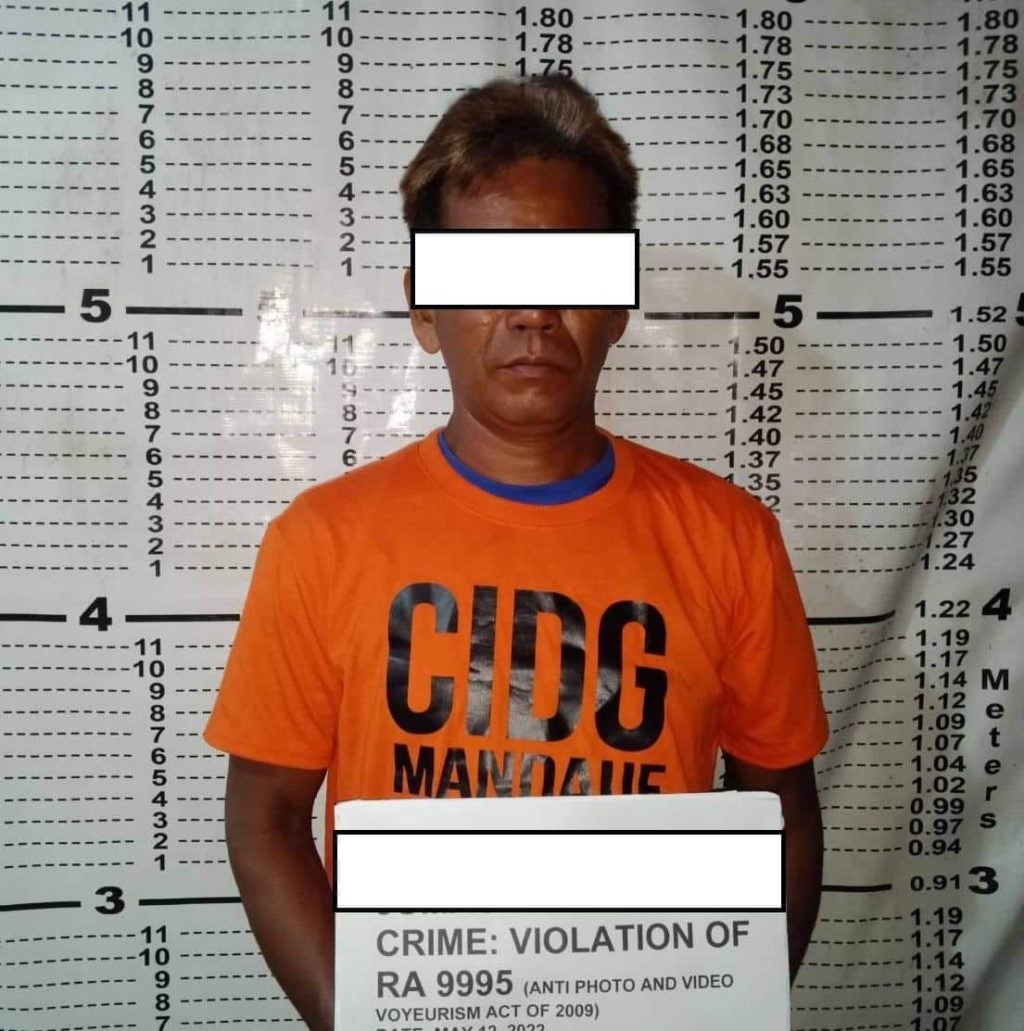 A man was arrested in a mall in Lapu-Lapu City on May 12, via an entrapment operation for allegedly blackmailing and spreading the victim’s nude photos online. | photo courtesy of CIDG-7

CEBU CITY, Philippines —Never share nudes to anyone, even to your partner.

This is what the Criminal Investigation and Detection Group in Central Visayas is reminding public after they arrested a man who shared nude photos of his former live-in partner online.

Police Colonel Ireneo Dalogdog, chief of the CIDG-7, said sending nude photos and videos to anyone, even to their partners, is dangerous since these might be used as leverage for blackmail.

Dalogdog said they arrested a man accused for posting and sending nude photos of his former live-in-partner to some relatives of the victim, including her own parents.

The entrapment operation was conducted last May 12, 2022, in a mall in Lapu-Lapu City. The accused was identified as Rolando Sumalinog, 47.

Sumalinog is currently detained at the CIDG-7 detention facility for violating Anti-Photo and Video Voyeurism Act of 2009.  The penalty runs from three to seven years of imprisonment.

The arrest of Sumalinog stemmed from the complaint lodged by the victim, his former live-in-partner, to the CIDG-7 office, stating that Sumalinog was threatening to post another nude photo of her online should she refuse to meet and have sex with him.

Dalogdog could not tell if the said photos were taken with her consent or not.

In an interview with the victim, Dalogdog said that the two have been together for at least 12 years already. However, she allegedly experienced abuse from the suspect, which made her decide to end their relationship just recently.

In his desperation, Dalogdog said that the suspect allegedly resorted to blackmailing the victim for them to get back.

To help the CIDG-7 operatives arrest the suspect, the victim told Sumalinog that she agreed to meet with him. This led to the successful entrapment operation on May 12.

As of this posting, Dalogdog said they have already recorded two incidents of blackmailing using nudes as leverage. One was last January 2022 in Lapu-Lapu City.

Meanwhile, Dalogdog said they are also working to come up with ways to possibly file a different complaint against the suspect for the alleged abuses he committed against the victim.