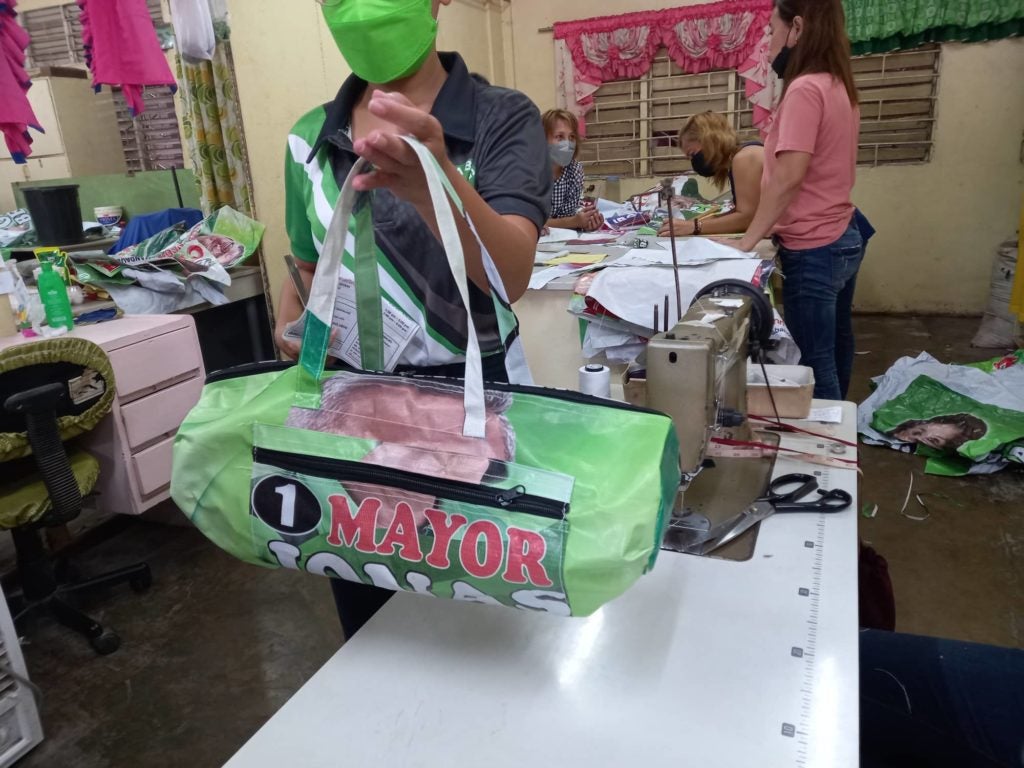 A sample bag made out of discarded tarpaulins

MANDAUE CITY, Philippines — In its desire to help people in need as well as the environment, KAABAG Mandaue has converted the tarpaulins used during the recent elections into bags.

Cortes said the bags will soon be given to elementary students from the city’s different schools.

KAABAG has yet to identify the schools where the bags will be turned over to.

The project intends to help clean the city and protect the environment, and at the same time help kids who do not have the capacity to buy bags, especially with the implementation of the face-to-face classes.

Cortes said the bags will probably be distributed in June 2022.

Personnel from the Mandaue City College Technological Entrepreneurial Skills Training Center (MCTEST) were the ones who made the sample bags while the Tipolo Creekside Urban Poor Home Owners Association (TICUPHAI) will be mass-producing them.

She added that to help the cooperative, the organization will be paying for the bags that they will be producing. The budget will be taken from the seed money of KAABAG Mandaue.

KAABAG Mandaue said they are making sure that the bags, which come in different styles, are clean and dependable.

Currently, most of the tarpaulins used in making the bags were those given and collected by TEAM Mandaue.

The city government started to clean and remove campaign paraphernalia two days after the May 9 elections.

Cortes is encouraging other parties and candidates to also donate their tarpaulins. She said that they can make about three bags from the big tarpaulins.        /rcg