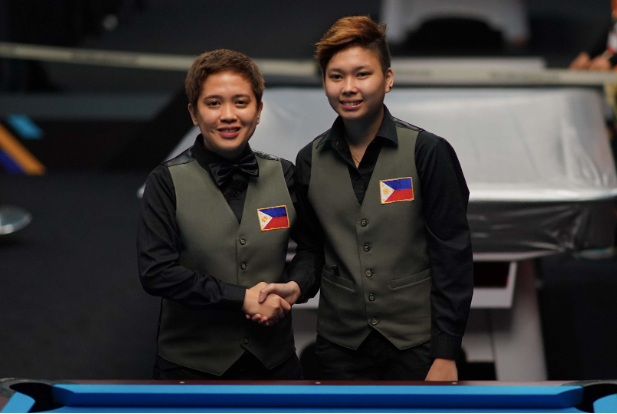 MANILA, Philippines—The Philippines will get to keep its titles in both 10-ball events at the 31st Southeast Asian Games in Vietnam.

In the women’s 10-ball singles category, Chezka Centeno and Rubilen Amit clash in the final for the second straight time.

The two took contrasting paths to the finals on Friday with Amit blanking Pennipa Nakjui of Thailand, 7-0, in the semis while Centeno fought off Xuan Vang Bui of Vietnam, 7-5.

Carlo Biado and Johann Chua, meanwhile, meet again in the gold medal round in men’s singles just two days after they faced each other for the 9-ball crown.

Chua upset the reigning US Open champion Biado, 9-6, to win the 9-ball gold.

Chua handily beat world number one Aloysius Yapp of Singapore, 9-2, in the 10-ball semis while Biado breezed past another Singapore bet in Sharik Aslam Sayed, 9-3, in the other semis matchup.

It’s been another fruitful SEA Games campaign for the Filipino cue artists with Amit also retaining her 9-ball singles title on Tuesday.