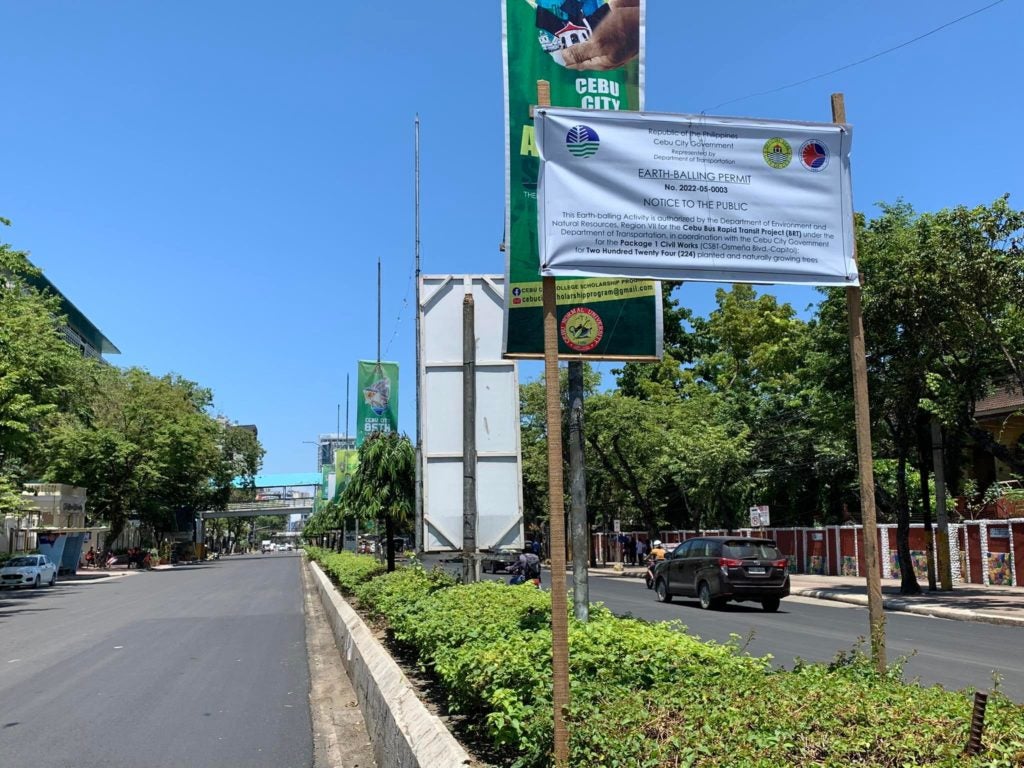 Trees in this center island of Osmeña Boulevard will be earth balled for the BRT project. CDN Digital photo | Delta Letigio

CEBU CITY, Philippines — The earth balling of trees at the center island of Osmeña Boulevard has begun this week as part of the Bus Rapid Transit (BRT) project progress.

The Cebu City Environment and Natural Resources (CCENRO) confirmed that the earth balling of the 228 trees from the Provincial Capitol to the South Bus Terminal has started.

This stretch of road is a major portion of the BRT route, which starts from the South Road Properties (SRP) to IT Park in Barangay Apas.

There are 223 Indian trees and 5 Ficus streets along the 2.7-kilometer stretch that will be affected by the earth balling activities.

Engineer Editha Peros, the head of the CENRO, said that the bidding was recently awarded to BINHI, and they will be conducting the first phase of the earth balling covering the 228 trees.

Within 90 days, the earth-balled trees will be transferred to Block 27 at the North Reclamation Area (NRA) to be planted near the Cebu City Quarantine Center.

Councilor Joel Garganera, the chairperson of the committee on the environment, said the City Council has long approved the earth balling because it was necessary for the BRT progress.

The councilor said the proponent of the project must ensure that upon the transfer of the trees, they must also ensure their survival on their transfer grounds.

The contractor must ensure that the trees are placed in a condition best suited for the trees to survive.

Engineer Norvin Imbong, the officer-in-charge for the Cebu City BRT, said that the budget for the earth balling is part of the P35 million budget for greening projects. At least P17 million has already been downloaded for Cebu City.

Imbong said the earth balling is part of the road widening of the BRT Phase One that is currently being implemented.