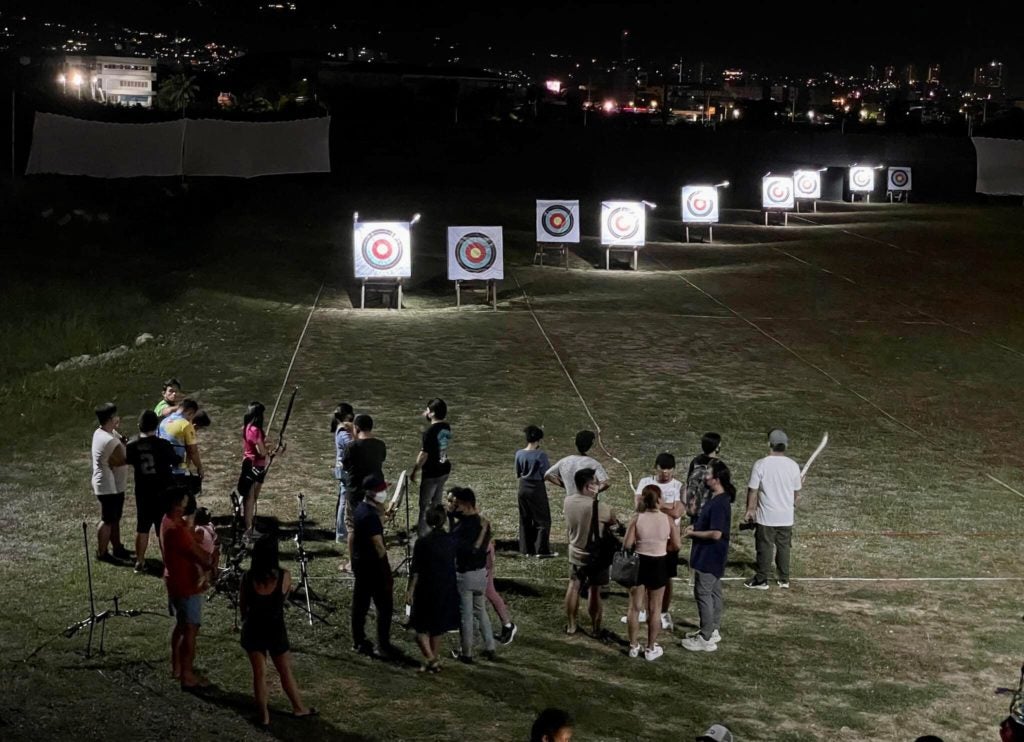 According to one of the owners of the archery range, Nilda Wildbur, many Cebuano archers were happy with the recent opening of the premier archery range.

“Everyone was very happy. We need to promote the advantages of nighttime shooting though.  We want to continuously improve our facilities for the betterment of local archers but also to attract overseas players to push our archers further,” said Wildbur.

Cebu, in particular, is a world record holder for the “Largest Archery Lesson” and “Largest Archery Tournament was broken,” set in 2014 by the Cebu City Sports Commission (CCSC) through then chairman Edward Hayco, making the sport highly-relevant to Cebuanos.

“Although we didn’t actively try to partner with clubs or government sporting agencies they have always been very supportive. It was a bigger job to finish this project than I wanted to admit to myself and I didn’t want to promise too much and disappoint our supporters,” added Wildbur.

The outdoor archery range features 15 butts or targets on its 70-meter long and 30m wide facility. It can facilitate around 45 archers shooting simultaneously. In addition, it has six distances from its targets with the 70m as the longest distance set.