Velez College’s Eloisa Andrea Basilla Bacaltos ranked 5th after she garnered an average of 87 percent. She is the lone Cebu graduate who made it to the Top 10 in the examination. 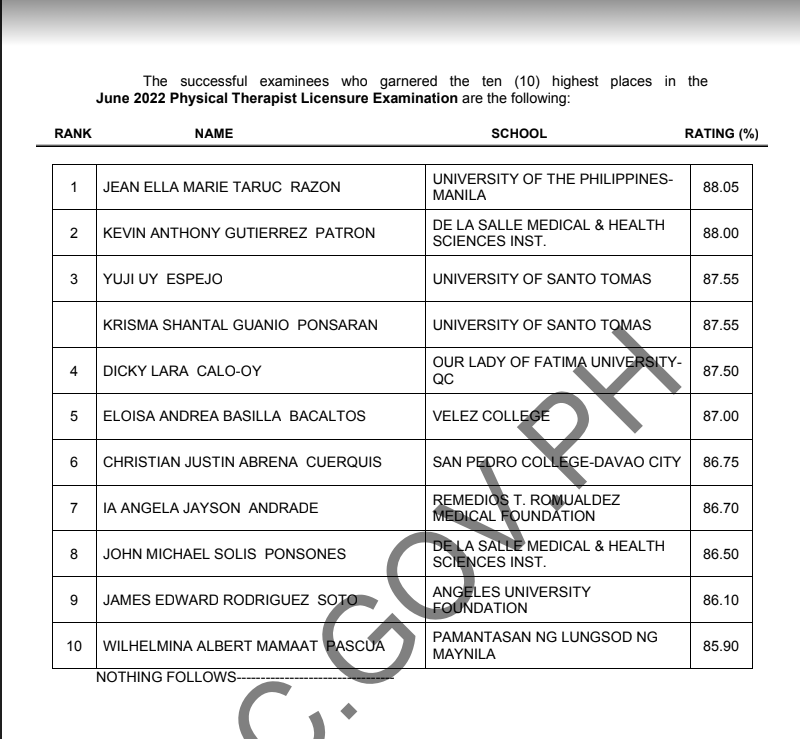 The complete list of examinees who made it to the Top 10 of the June 2022 Physical Therapist Licensure Exams. | PRC

Jean Ella Marie Taruc Razon from the University of Sto. Tomas (UST) landed in the first place with a rating of 88.05 percent followed by Kevin Anthony Patron of the De La Salle Medical and Health Sciences Inst. who got an average of 88 percent.

Sharing the third place are Yuji Espejo and Krisma Shantal Ponsaran, both from UST, with an average of 87.55 percent.

Meanwhile, Cebu Doctors University (CDU) ranked fourth among the top performing schools in the recent examination.  Of the school’s 66 exam takers, a total of 55 or  83.33 percent passed. 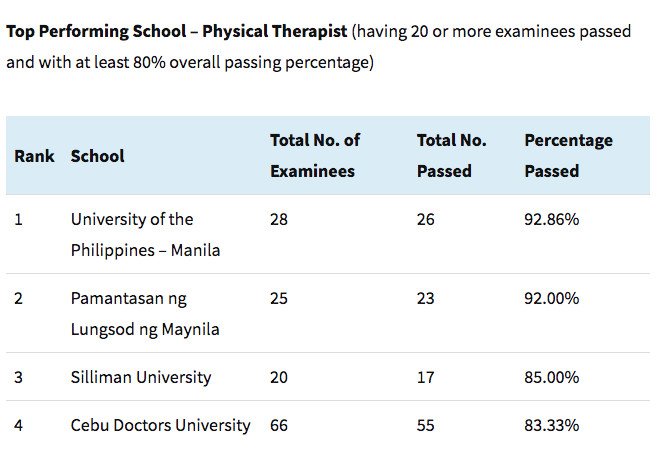 The top performing schools in the June 2022 PTLE. | PRC

The Professional Regulation Commission (PRC) released the results of the June 2022 PTLE on Tuesday night, June 7, or in less than a week after the licensure exam was conducted on June 3 to 4 in testing centers in NCR, Baguio, Cebu, Davao, and Pampanga.

According to the PRC, 54.65 percent or 564 of 1,032 takers passed the Physical Therapist Licensure Examination.

On the other hand, 88 out of 247 takers or 35.63 percent passed the Occupational Therapist Licensure Examination.

Lone Cebu CPALE 2022 topnotcher: “Nothing beats God’s plan for you”

Read Next
Lessons from an Open House