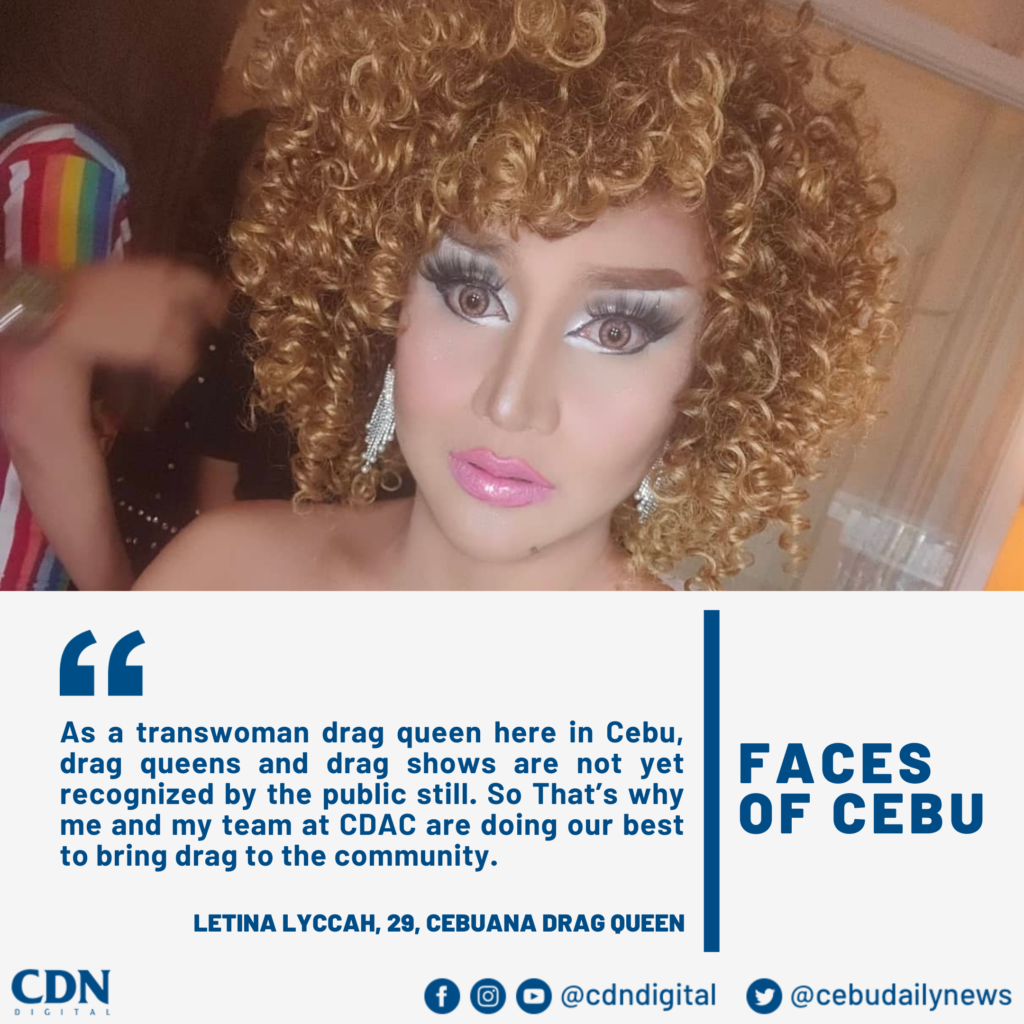 CEBU CITY, Philippines— A transwoman with a pleasing personality and talent that will surely turn heads.

This is Letina Lyccah, one of Cebu Drag Artists Community’s drag queens.

Born as James Basanta, this 29-year-old drag queen knew she was made for the stage to entertain at an early age.

“I was doing drag even before I didn’t know it was called drag I have been performing since I was 15,16 at my school,” she said.

Lyccah works as a freelance performer, makeup artist, and seamstress for more than ten years now.

So how did all start for Lyccah?

She knew it when she was still a young boy as she loved to put on her sister’s clothes and play around with them.

“I’ve expressed my femininity since before I can remember.  When I was a teenage boy, I  used to steal dresses from my old sister. I’ve pretty much always known that I was different from those around me, but I never had a word to describe how I truly felt.  I thought I was the only one in the world trapped in the wrong body,” she said. 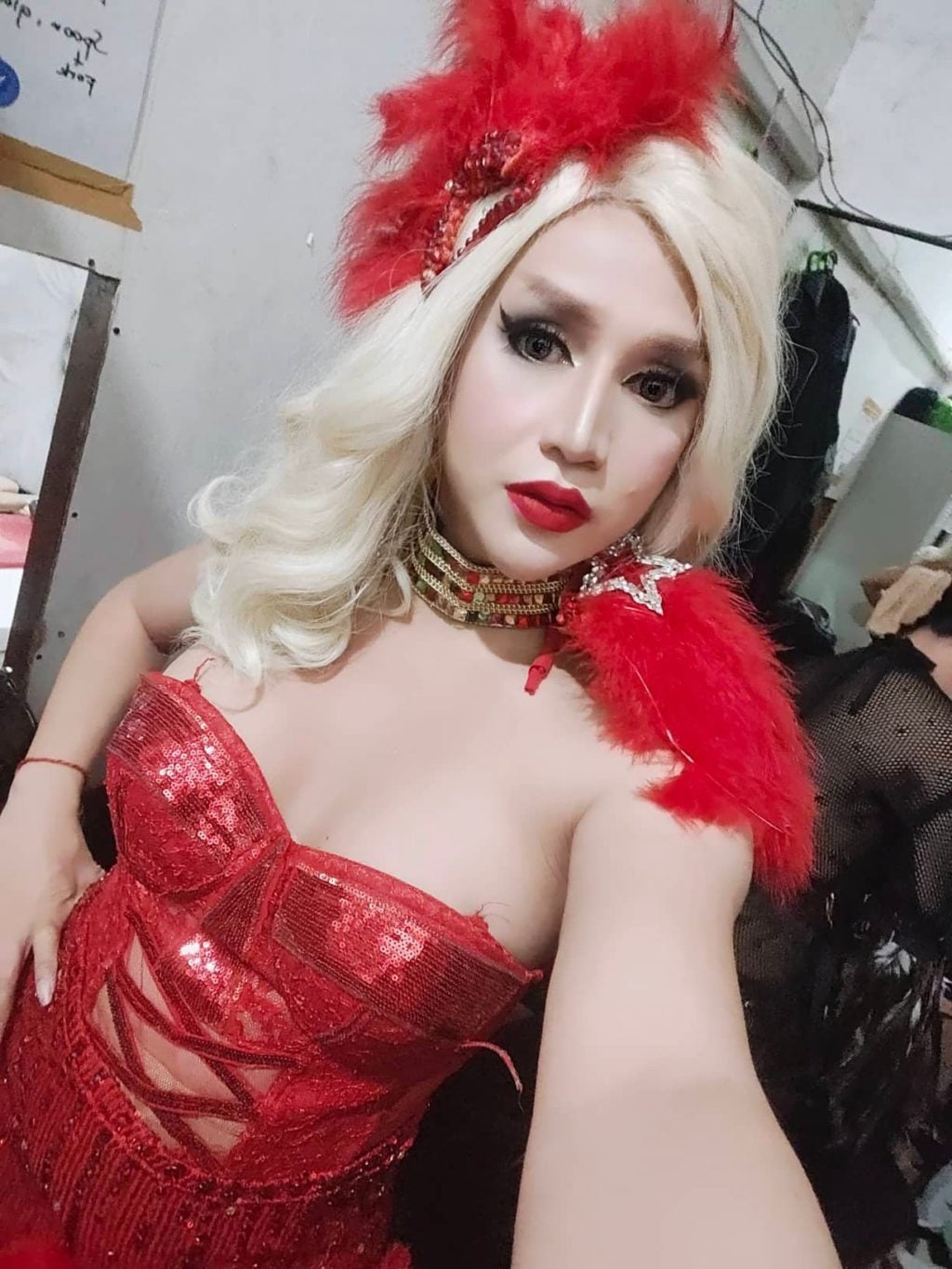 And since the start of CDAC, she found more sisters in the drag community and now aims to make drag performances a big thing in Cebu.

She said that drag performances are different from other performances as they offer you the best escape from the harsh realities and bring you somewhere fun and uplifting through their lipsync performances and audience interaction.

“Drag performers are something to be watched for as they will bring so much joy and life. An escape in the midst of a lot of problems that the Cebu faces here and there. And also for me, drag is an Art,” she added.

Cebu is excited to see more of these drag queens perform and bring something new to the table in the entertainment scene.