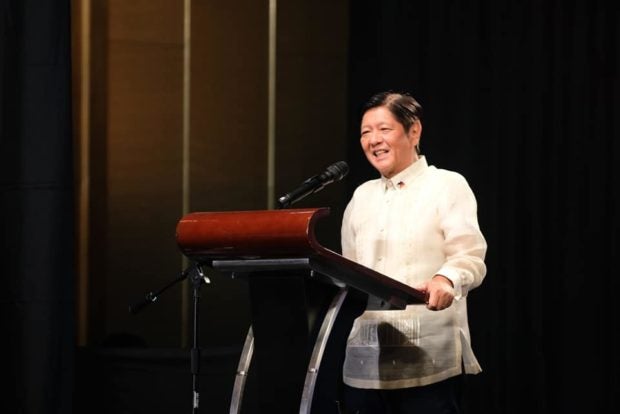 This, as the Association for Philippines-China Understanding (APCU) and the Chinese Embassy in the Philippines on Friday honored Imelda in a ceremony in Makati along with other awardees.

The former first lady was among those inducted into APCU and the embassy’s Hall of Fame in 2021 for “strengthening friendly ties and promoting mutual understanding.”

“Thank you for putting in the Hall of Fame my mother and—I may be biased—I think it is just right because China cannot find a greater champion than my mother in the Philippines,” said Marcos Jr., who was among the event’s guests.

During his speech, the President-elect also described Beijing as Manila’s “strongest partner.”

During the ceremony, former president Joseph Estrada and former Philippine Ambassador to China Francisco Benedicto were honored as this year’s “Hall of Fame” awardees.

“I am very thankful for all those who make up the APCU and the Chinese Embassy for recognizing my contributions in strengthening the friendship and relations between China and Philippines through history,” Estrada said in a speech.

“May the strong bond of brotherly friendship between China and the Philippines continue to grow and prosper in the years to come,” he added.

The Gawad Sultan Paduka Pahala special award was meanwhile extended to the late Philippine Ambassador to China Jose Santiago “Chito” Sta. Romana. The award was received by his family.

In accepting the award, Sta. Romana’s son, Chris, shared a portion of the late envoy’s answer in a past interview where he was asked about his proudest moment.

“Looking back it was a rare privilege to serve as the Philippines Ambassador to China and contribute to the turn around and significant improvement in our bilateral relations,” Chris said, quoting his father.

“There have been numerous milestones and achievements during the course of my diplomatic assignment but if there’s one thing I am proud of it is this: to play the frontline role in building a bridge of friendship and cooperation between the Filipino and Chinese people that transcends any differences and contribute to regional stability and prosperity. For after all, what is diplomacy for if not to serve people and promote the country’s interests?” Sta. Romana was quoted as saying.

Bongbong Marcos: PH-China friendship to continue for benefit of people

Marcos presidency a boon for China, awkward for US

Read Next
SWU grad among topnotchers of May 2022 NLE