With its myriad natural and manmade attractions and business opportunities, Cebu has no shortage of visitors and tourists.

And where there are out-of-towners (and locals who require a place for some R&R), there’s sure to be places of accommodation, something that Cebu has plenty of, in various sizes and degrees of luxury. 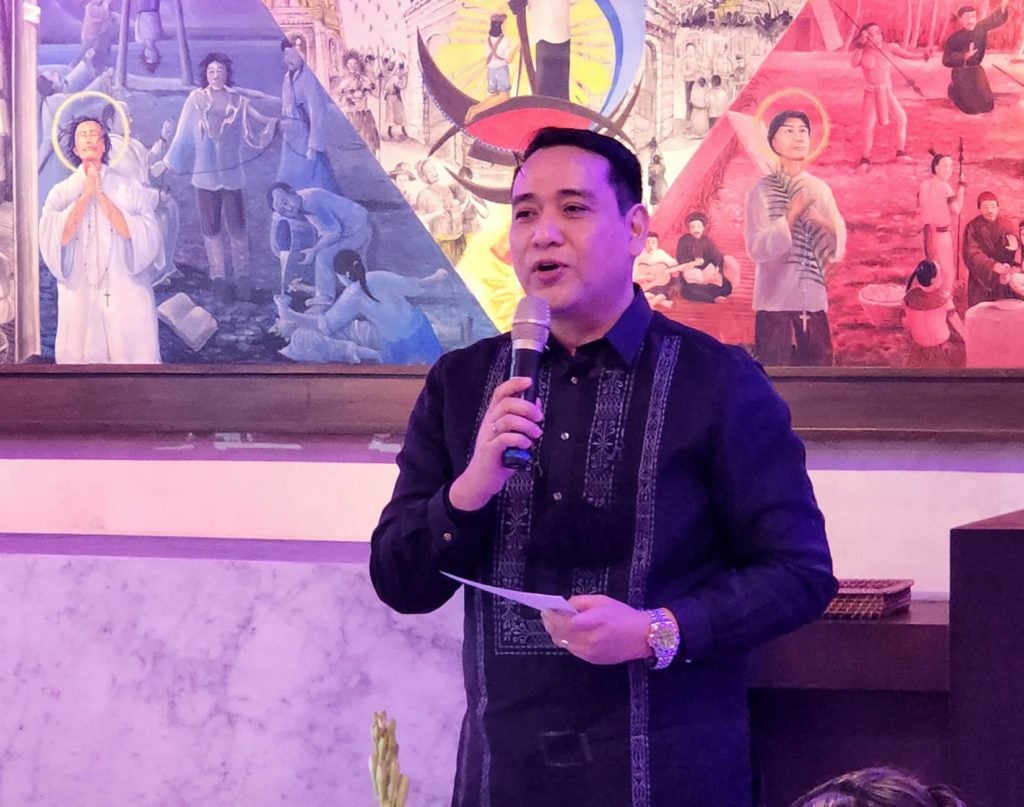 Adie Gallares, head of hotels for the Duros Group of Companies | Photo by: James Amistad

“Cebu already has plenty of hotels, so we knew we had to come up with something different to stand out,” says Adie Gallares, head of hotels for the Duros Group of Companies’ hospitality arm. “I wanted us to open a concept hotel.” Though admittedly, at first, the concept had eluded him and the owners.

Duros Land had developed 23 Minore Park as a mixed-use complex for various commercial pursuits. On the grounds are a sprawling supermarket, a gas station, a convention center, and even a chapel, some of which have been open to the public since 2018. All that’s left was to open the hotel, which was to be constructed on the complex’s southwest corner. 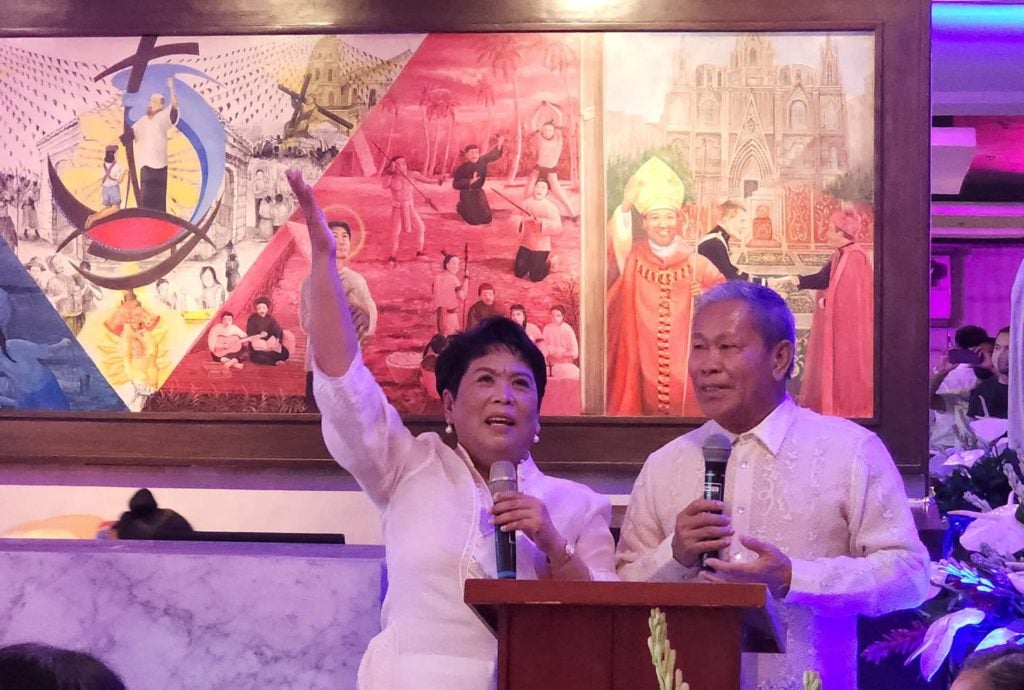 And then the pandemic struck, and construction was halted for more than a year. At this point, Fe and Lito Barino (president and chairman of the Duros Group, respectively) started having second thoughts of finishing the project. “Do we push forward? Do we tear it all down? We really didn’t know what to do with this building anymore, we still had our Liloan project to finish,” shares Mrs. Barino. “But suddenly inspiration came, and we knew what we could do with this project.”

Inspiration came in the form of Msgr. Agustin Ancajas of the Archdiocese of Cebu, who proposed to create a hotel with a distinctly religious flair. And so the Cebu Quincentennial Hotel came to be.

Monsignor Ting, as his friends fondly call him, is no stranger to interior design. He dabbled in design university before pursuing a degree in communications, and he helped Cardinal Vidal redesign his apartments.

“The 500th year of Christianity in the Philippines is a historic event, and we want to create a lasting monument to it, even after the year is over,” he said. It also seems very apt, as the grounds used to house the St. John XXIII Seminary. It’s almost like everything has come full circle. 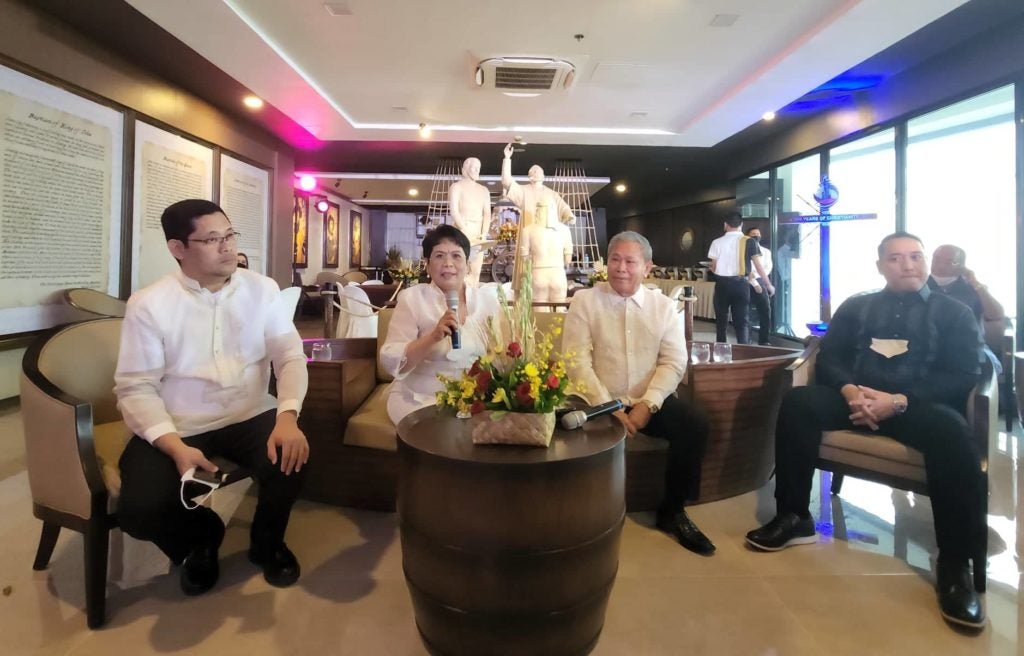 And now, the hotel is nearly completed. As of June 2022, Cebu Quincentennial Hotel has opened its doors to the public. Upon entering the lobby, guests will be treated to many relics and memorabilia celebrating the Catholic faith: a mural depicting various Filipino Catholic icons, a carved Sto. Niño, the Quincentennial Cross, and the piece de resistance, a life-size diorama of the baptism of Rajah Humabon and Queen Juana, replete with the excerpts from historian Antonio Pigafetta’s account of the event blown up to cover the walls.

Apart from these unique touches, guests can expect ample space in their 42 rooms, all at very affordable rates, plus function rooms perfect for meetings or intimate gatherings. A lounge in the lobby, named Cafe de Fe, provides tasty bites, while a restaurant featuring heirloom Bisaya cuisine is slated to open by year’s end.

It’s definitely a unique hotel experience, having religion proudly displayed wherever you look. While other establishments would shy away from such religious fervor, why did Duros Hotels Inc. choose to take this route? Mrs. Barino has an answer on the ready. “Cebu is the cradle of Christianity in all of Asia. We should reclaim that identity and proclaim it!”