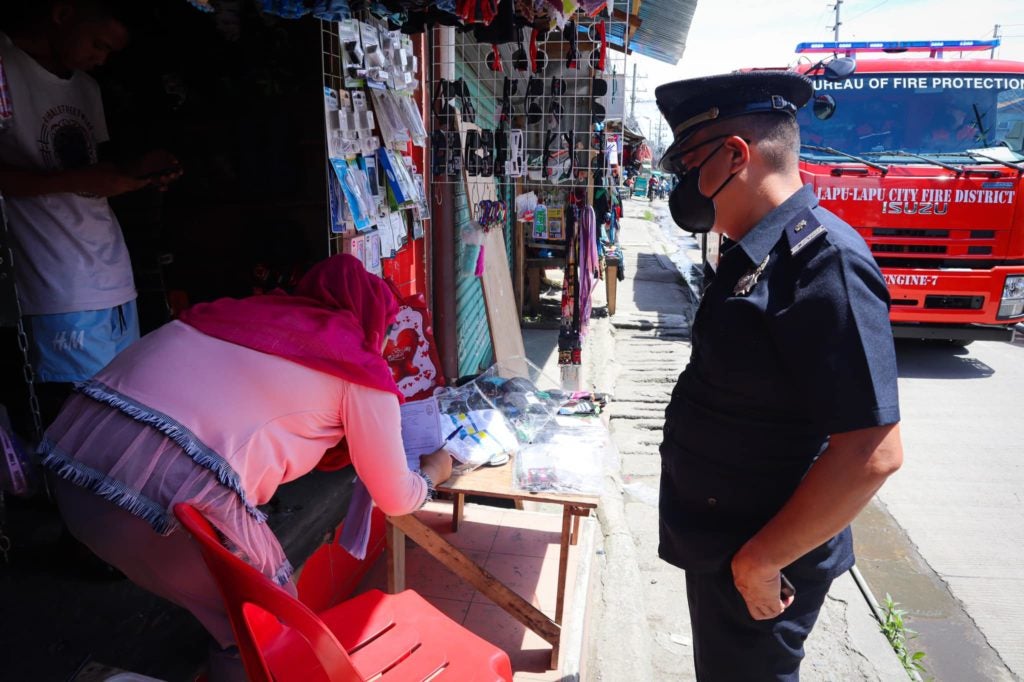 Lapu-Lapu City’s establishments including malls and small businesses were inspected for their compliance with the city’s Fire Code.

Fire Chief Inspector Tito Purgatorio, the city’s newly installed fire marshall, said that the massive inspection was done to see if establishments were compliant with the fire code.

Aside from existing establishments, such as malls, they also included in their inspection the small business.

He said that establishments must have a fire exit, and kitchen hood fire suppression for restaurants, while they also inspect the goods that were sold if they were hazardous or could start a fire.

Purgatorio, however, said that they only noticed some minor violations that can be corrected by the establishments.

“They were given 15 days to do some corrective measures. After that, we will inspect them again,” he added.

He said they might recommend the closure of establishments that will fail to comply with the Fire Code, in coordination with the City Government.

Lapu-Lapu City, Purgatorio said, has around 12,000 establishments registered at their office.  /rcg

Read Next
Arquillano brothers acquitted of charges of illegal possession of firearms, explosives