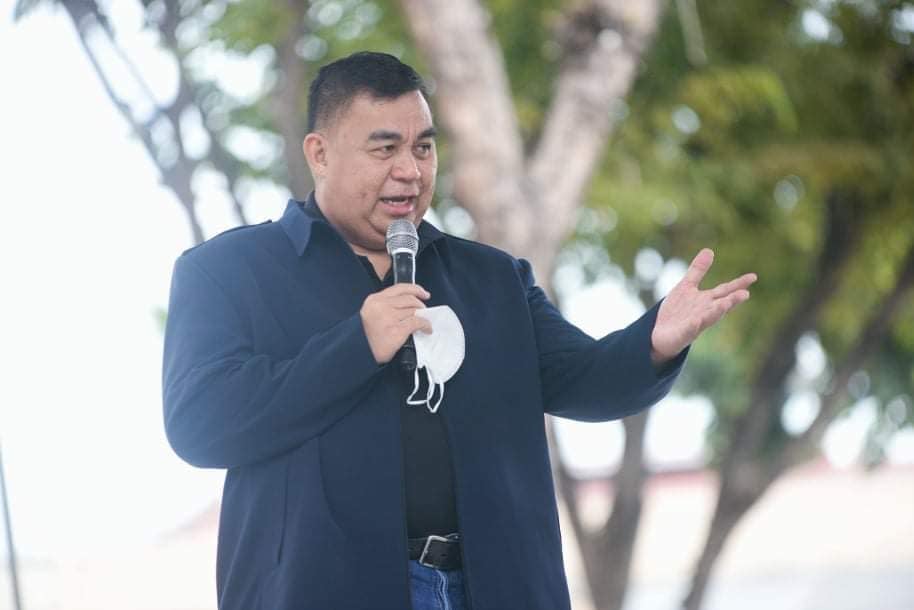 CEBU CITY, Philippines — Retired General Debold Sinas will be spending more time in Cebu City now that he has already retired from the police service.

Sinas has accepted the offer of Mayor Michael Rama for him to become part of his management team as a member of the City Advisory Board that oversees peace and order concerns.

Rama introduced Sinas to City Hall employees and department heads during the Monday morning flag raising ceremony at Plaza Sugbo, Rama’s first since he assumed as mayor on July 1.

“Today, (we have invited an) advisory board member, who will focus on peace and order, and safety. Our (police) regional director before, Retired General Debold Sinas. He will continue to be of service because he loves Cebu, he loves Cebu City,” Rama said as he introduced Sinas who later on delivered a brief message.

In his speech, Sinas said, he decided to accept Rama’s offer because he believes in his vision of making Cebu City a Singapore-like city.  And just like Rama, he is confident that this can be done with the help of the Cebuanos and the different government agencies.

Sinas said that as soon he and Rama are able to finalize his new role at City Hall, he will be speaking with barangay tanods or barangay safety personnel to discuss how else they can help in the city’s peace and order campaign.

“So, karon, once we will finalize sa among estorya ni Mayor, we will.. sa atoang mga barangay tanod kung unsay atong ikatabang sa ilaha. So, I am happy to be here. I’m very happy to serve Cebu City,” he added.

Rama is mulling to create a Cebu City Advisory Board that will help him achieve the goals and objectives that he has set in making Cebu City just like Singapore in terms of cleanliness, orderliness, peace and order as well as make it globally-competitive, and fiscally sound, among others.

The mayor said he has already directed his emissary, Atty. Colin Rosell, to put into writing the plans that he mentioned during his inaugural address last June 30, and during the first flag raising ceremony on Monday, July 4, on what his administration should do in order their achieve their  vision of having a Singapore-like city here.

Rama’s plans include the need to implement a corporate-style management of the affairs at the Cebu City Hall.

“Today, as I am putting up structure covered by Executive Order, thereat in that Executive Order, what will be seen is a public-private corporation like. You get acquainted with an advisory board, a board with a chairman, and hopefully, with an emeritus chairman, down with Jean Loreche, among the many, will become the health secretary-like,” he said.

However, Rama admitted that he won’t succeed with his plans unless he has the support and cooperation of all City Hall personnel.

With this, he asked all of those who were present during the flag raising ceremony on Monday to pledge their cooperation in realizing all of his plans for Cebu City. / dcb