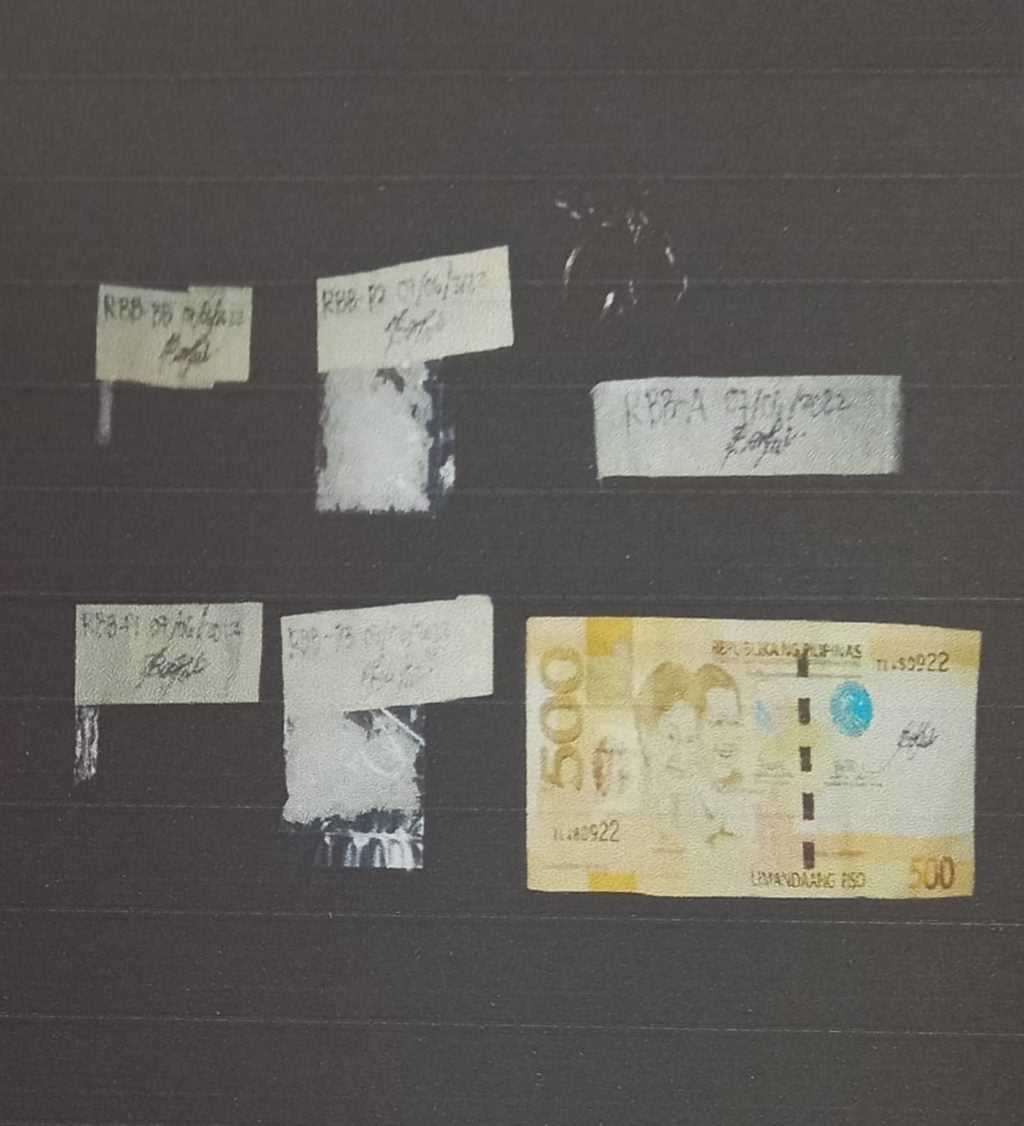 Ten grams of suspected shabu and cash are confiscated from Renante Bate during his arrest in a buy-bust operation in Barangay Umapad on July 6. | Contributed photo

The suspect was identified as Renante Bunsit Bate, 42 years old, a resident of Sitio Tamarin Barangay Umapad, and included in the top 10 HVIs in the whole region.

Seized from the suspect are 10 grams of suspected shabu with a street value of P68,000 and a P500 buy-bust money.

Police Lieutenant Colonel Franco Rudolf Oriol, MCPO deputy city director for operations and spokesperson, said the suspect can dispose of about 500 grams of suspected shabu in a week and his illegal activities cover Mandaue City, Lapu-Lapu City, and the northern part of Cebu.

Oriol said Bate has been included in the Regional Level HVI for some time now. The operation conducted by the policemen of the Opao Police Station against Bate was a follow-up from previous buy-bust operations.

Oriol believes that the suspect is part of a drug syndicate.

He said that among the parameters set by the region is that any suspect who can dispose of at least 200 grams of shabu can be considered an HVI.     /rcg

Woman nabbed with P27M worth of ‘shabu’ in Lapu-Lapu