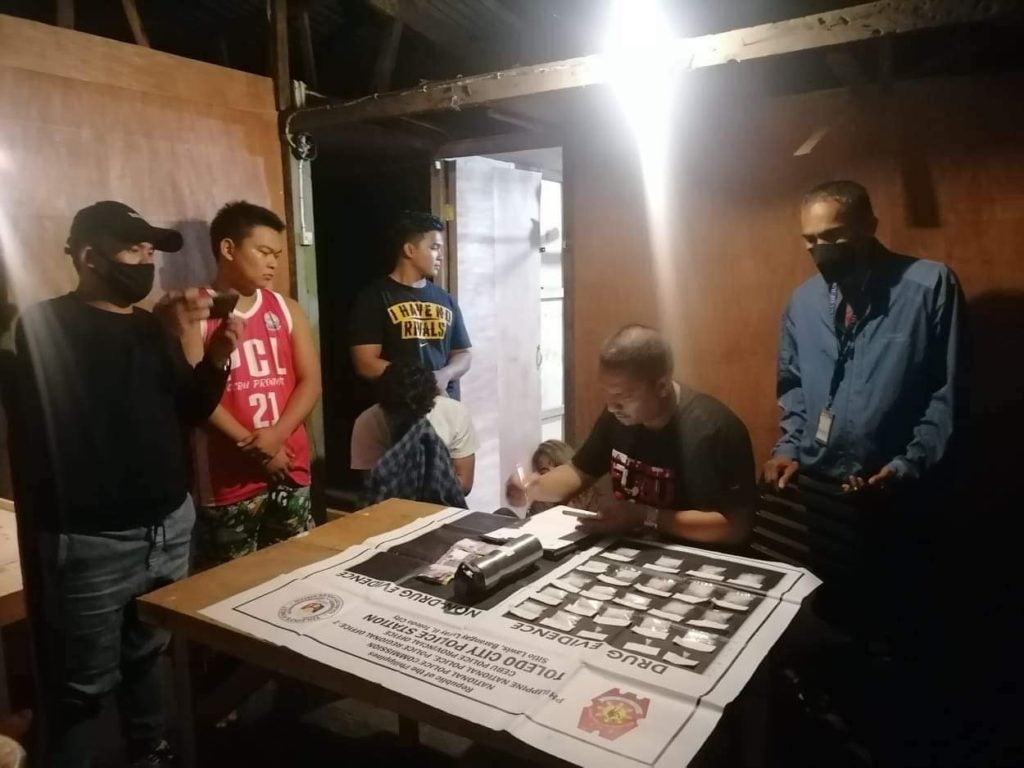 Two individuals were arrested with 100 grams of suspected shabu during a buy-bust operation in Barangay Das, Toledo City on Saturday, June 25, 2022. | Photo courtesy of Toledo City

CEBU CITY, Philippines — An animal consultant technician and a beautician were nabbed with 100.12 grams of suspected shabu worth P680,816 in a buy-bust operation in Barangay Das, Toledo City, around 4 a.m. on Saturday, June 25, 2022.

Police identified the live-in-partners as John Roderick Solano, 42, an animal consultant technician, and his common-law wife, Rutchen Buglosa, 39, both residents of the said barangay.

Police said the two are high-value individuals in terms of illegal drugs.

However, Barlualdo said he could not tell if the two are using their jobs as fronts for their illegal activities.

The police officer said the two will still be interrogated to determine how long they have been operating and how many grams they could dispose of.

Barlualdo added that the problem of illegal drugs in Toledo City remains controllable as they have been in constant coordination with the community and barangay officials.

He said that the Barangay Anti-Drug Abuse Council (BADAC) in every village in the city have contributed greatly to their campaign against illegal drugs as officials and residents there immediately notify them of the presence of drug personalities or activities in their area.  /rcg

Read Next
Jeremy Lin rooting for Kai Sotto: ‘Continue to believe in yourself’