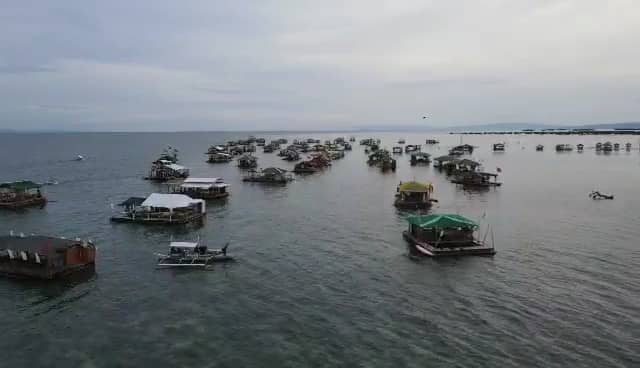 Cordova Mayor Cesar “Didoy” Suan has issed an EO prohibiting the construction illegal structures like floating cottages or cottages in the legal easement or within coastal areas of the town. | Futch Anthony Inso

LAPU-LAPU CITY, Philippines — The operation of  floating and fixed cottages in non-build zones along the coastal areas of the municipality of Cordova will no longer be allowed.

This developed after Cordova Mayor Cesar “Didoy” Suan issued Executive Order (E.O.) No. 1 which prohibits the operation or construction of these illegal structures along legal easements or within the coastal areas of the town.

EO No. 1 specifically is an order prohibiting the construction of all illegal structures such as floating and fixed cottages along the legal easements and/or within the coastal areas of the Municipality of Cordova.

“WHEREAS, it is observed that structures including floating and fixed cottages are constructed and operating indiscriminately in some areas of Cordova without any permits or clearances from the Municipality of Cordova to do so. The same is detrimental to the environment and a blatant disregard of the rules on the legal easement and other government laws for that matter,” Suan’s EO stated.

Suan issued the EO after the Sangguniang Bayan passed a resolution regarding the matter.

Councilor Lemuel Pogoy, chairman of the Committee on Environment, told CDN Digital that in January this year, the Department of Environment and Natural Resources (DENR) had already sent a letter to the town regarding the operation of these cottages.

Pogoy said that the DENR reminded them that the floating and fixed cottages in Barangays Poblacion and Catarman were built in a non-build zone.

Aside from this, Pogoy said that the area where the cottages were built, which was in the famous “Bora-bora”, was a navigational route for pumpboats and passenger vessels and these would pose to danger to cottages customers.

Pogoy said that the EO would stop any ongoing construction of new structures/cottages in the areas.

(We have to meet with those operating (floating, fixed cottages) there because eventually, they would be cleared there becaue that area is a no-build zone.)

Pogoy also observed that floating/fixed cottages in the areas had no proper comfort rooms and that human waste would be flushed directly to sea waters.

The town is concerned also with the cleanliness of its seawater and the regional health unit is set to conduct an inspection and water testing.

(It is nice to hear but the area has become congested. There are many structures being built and that is a mangrove area.)

Pogoy said that they would also be investigating reports against cottage operators pretending to be a resident of Cordova by using dummy persons or names.

Although Pogoy admitted that the tourism industry in the town might get affected by the new policy, he believed that they could still attract tourists in other ways while preserving the environment.

(We don’t want to expereince what Boracay went through where several illegal structures were destroyed because these had affected the cleanliness of the sea.)

No reshuffling of department heads in Cordova, mayor-elect Suan promises