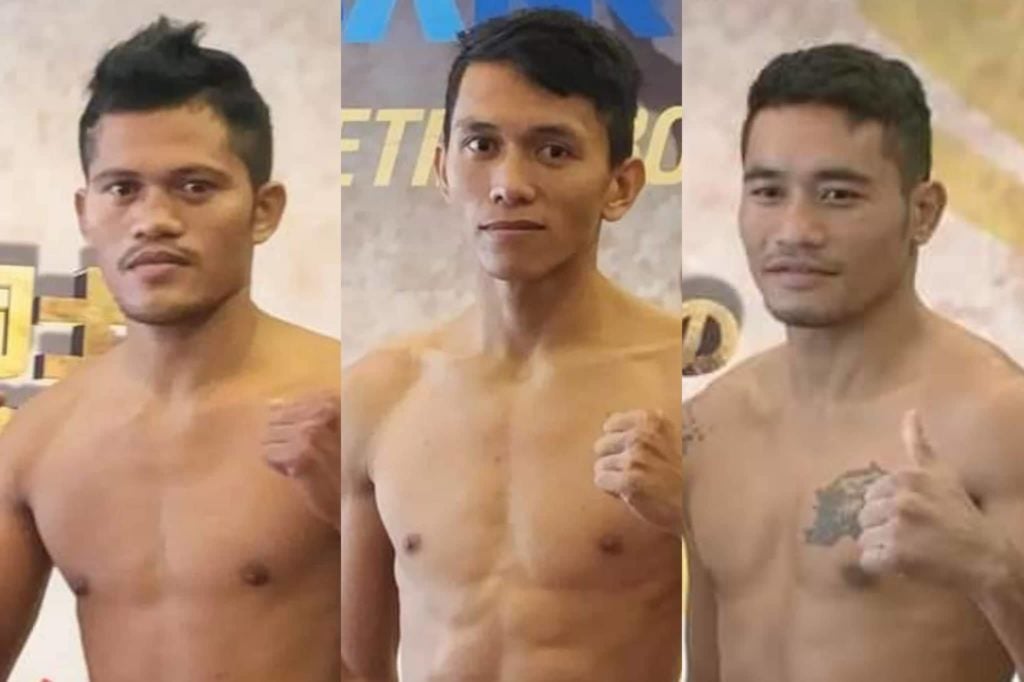 These are the Filipino boxers who lost to their respective Japanese foes in the undercard of Donnie Nietes-Kazuto Ioka title bout — Froilan Saludar (from left), Presco Carcosia, and Jhon Gemino. | Facebook Photos

This as, three other Filipino ring warriors faltered in their respective bouts against Japanese opponents at the Ota City Gymnasium in Tokyo, Japan in the undercard of Nietes and Ioka’s rematch.

In the co-main event of Nietes and Ioka’s rematch, Froilan “Sniper” Saludar lost to Daigo Higa in a close split decision, while Jhon Gimeno bowed to Hayato Tsutsumi via unanimous decision, and Presco Carcosia fell short against Musashi Mori also by unanimous decision.

The 33-year-old Saludar, the brother of former world champion Vic Saludar fought Higa toe-to-toe and managed to knock the latter down in the fourth round. However, Higa banked on his volume of punches to pile up points to impress the judges.

Saludar absorbed his sixth loss after his defeat from Higa with 32 wins, 22 knockouts and 1 draw. Higa improved to 18 wins with 17 knockouts, 2 defeats and 1 draw.

Meanwhile, Gemino lost to Tsutsumi via unanimous decision after eight rounds of lopsided bout. All three judges favored Tsutsumi who made his professional debut. The scores were 80-72,80-72, and 79-73. Gemino’s loss dropped his record to 23-14-1 (win-loss-draw) with 13 knockouts.

Carcosia suffered his second defeat with 10 wins, 9 knockouts and 1 draw.

Your subscription could not be saved. Please try again.
Your subscription has been successful.
Read Next
DSWD-7 welcomes move to seek measures to sanction those accepting 4Ps cards as loan collaterals