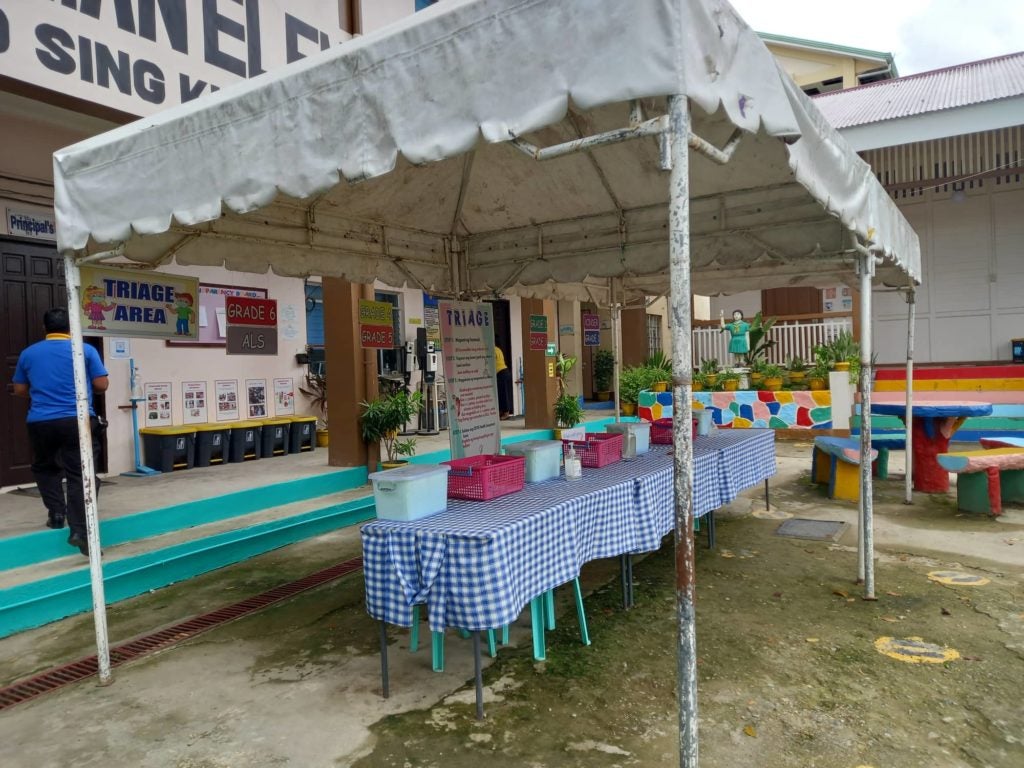 Teachers of Canduman Elementary School in Barangay Canduman, Mandaue City get ready for the start of enrolment this month for the coming school year. | Mary Rose Sagarino

MANDAUE CITY, Philippines — Some schools in Mandaue City will be conducting emergency classes when full face-to-face classes will be implemented because of the lack of classrooms in some schools.

Leo Daculan, public information officer and faculty president of the Canduman Elementary School, said under emergency classes, they would conduct two sessions of classes from 6 a.m. to 12 p.m. and 12 p.m. to 6 p.m.

The school has a population of more than 3,300.

(The number of hours will still be covered because we studied the makeover class of 6 hours.)

At least 8 classrooms in Canduman Elementary School were damaged by super typhoon Odette. However, the damaged buildings have been assessed by the city government and the school have aready requested a budget for the repair.

The school’s principal Imelda Nuñez said that they already lacked classrooms even before the pandemic, although, they partitioned each classroom to fit two sections.

However, during the implementation of limited face-to-face classes, the partition was removed as a requirement and to ensure the observance of social distancing.

The Cubacub Elementary School only has 15 classrooms.

Edgar Espina, one of the spokepersons of the Department of Education in Mandaue City, said more schools would possibly implement emergency classes because of the buildings damaged by Odette were still not repaired.

(We really have a problem with that. We lack classrooms when classes open. However, we are trying our best to cope with the problem. We can address the problem and have classes of the children the one that VP and Secretary Sara said would be the full implementation of face-to-face on November 2.)

Classes in public schools will start on August 22. DepEd said public or private elementary and secondary schools would be expected to transition to five days of in-person classes by November 2.

Espina said some schools had already started to repair those structures that were not severely damaged by the typhoon.

Earlier, Dr. Nimfa Bongo, superintendent of the Department of Education in Mandaue City (DepEd-Mandaue), said the city engineering office had already made the program of works of each school.

VP Sara: Sorry, teachers, classes have to start on Aug. 22

Read Next
Rama hands-off on MCWD board member court battle