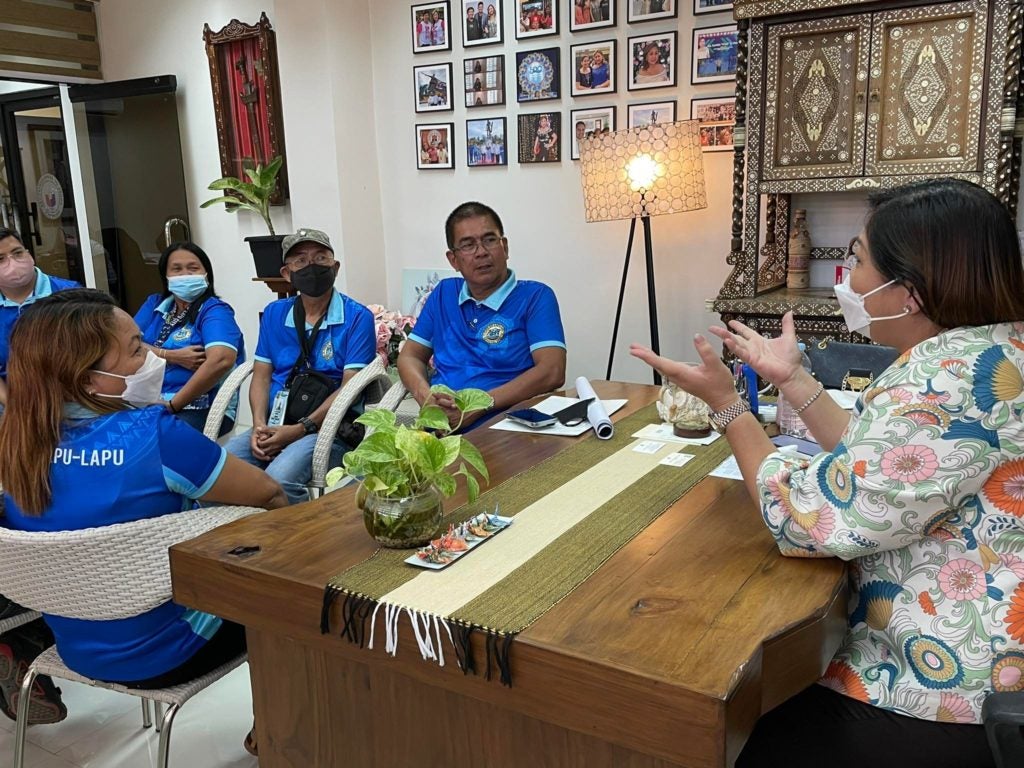 Personnel from the Lapu-Lapu City Agriculture and Fishery Office, headed by Alex Baring, presented their proposal to put up floating cottages to Congresswoman Cindi King-Chan.

LAPU-LAPU CITY, Philippines — The Lapu-Lapu City Government, through the City Agriculture and Fishery Office (CAFO), plans to establish floating cottages in the seawaters of Barangay Mactan.

Alex Baring, head of CAFO, told CDN Digital that the cottages would be managed by different People’s Organizations (POs) in the city.

Each PO would be given a chance to establish one floating cottage for their livelihood.

Baring, however, said that they will limit the number of cottages that would be established in the said area, to maintain the safety and cleanliness of the seawater.

The establishment of floating cottages became controversial after the town of Cordova banned its construction in the town’s no-build zone.

Baring said that the proposal would still need to pass the city council.

He added that they also presented the plan to Lapu-Lapu City’s lone district Representative Cindi King-Chan.

Chan, for his part, welcomed the proposal since this will further boost the city’s tourism industry.

Aside from this, the project will also give livelihood to their fisherfolks, she said.