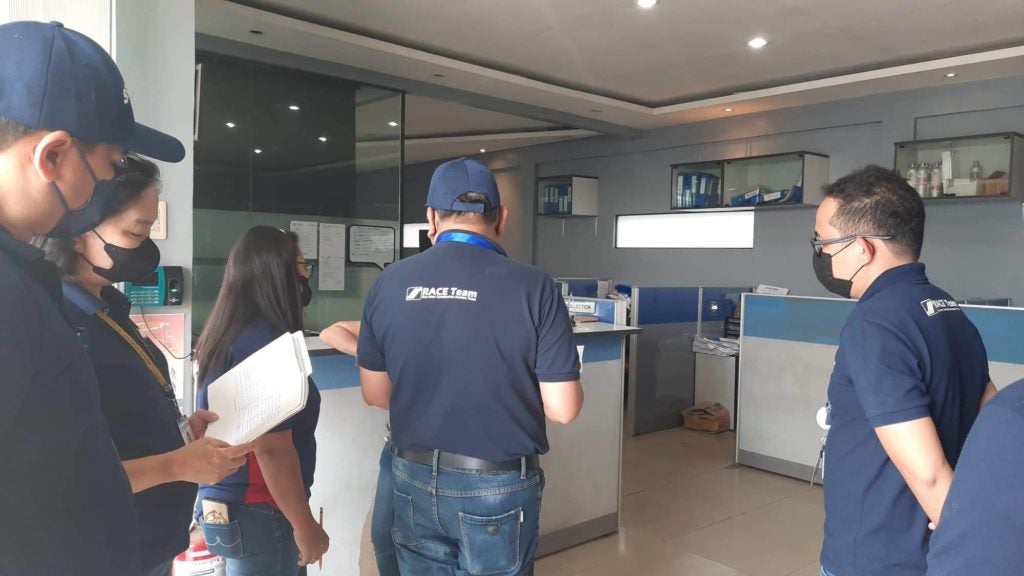 Personnel from the Social Security System Visayas Central 1 Division visited on Friday morning, July 22, one of the eight companies in Mandaue City alleged to be delinquent in remitting their workers’ contributions.

MANDAUE CITY, Philippines — At least eight employers in Mandaue City who were alleged to be delinquent in remitting their workers’ contributions were visited by the Social Security System Visayas Central 1 Division on Friday morning, July 22.

The SSS Visayas Central 1 Division conducted a Run After Contribution Evaders (RACE) Campaign operations against two construction companies, a wholesaler, and a retail outlet for motor vehicle parts, and fabrication among others.

Montalbo said about 50 employees were deprived of availing of their SSS benefits.

He said it can be presumed that companies have deducted the contributions to their workers’ salaries as it is mandatory under Republic Act (RA) No. 11199 or the Social Security Act of 2018, “an employer who fails or refuses to register their employees, deduct contributions from them, and/or fails to remit the same, including the employer’s share to the SSS, will be penalized by a fine of P5,000 to P20,000, and/or be imprisoned for six years and one day to 12 years, at the discretion of the court.”

Montalbo said most of these unpaid contributions happened during the COVID-19 pandemic.

Montalbo said delinquents can pay their liabilities via an installment scheme under the pandemic relief and restructuring program 3 (PRRP) that will last until November.

“We know for a fact that it is not only the workers who are affected but also the business owners, we acknowledge that,” said Montalbo.

Non-compliant companies are expected to settle their pending liabilities within 15 days from the day they receive the notice from SSS.

Atty. Marie Ann Chavez, head of the SSS Visayas Central Legal Department, said if the delinquents fail to settle within the given date, they will be forced to file a criminal case for violating the SSS Law (Republic Act (RA) No. 11199).     /rcg