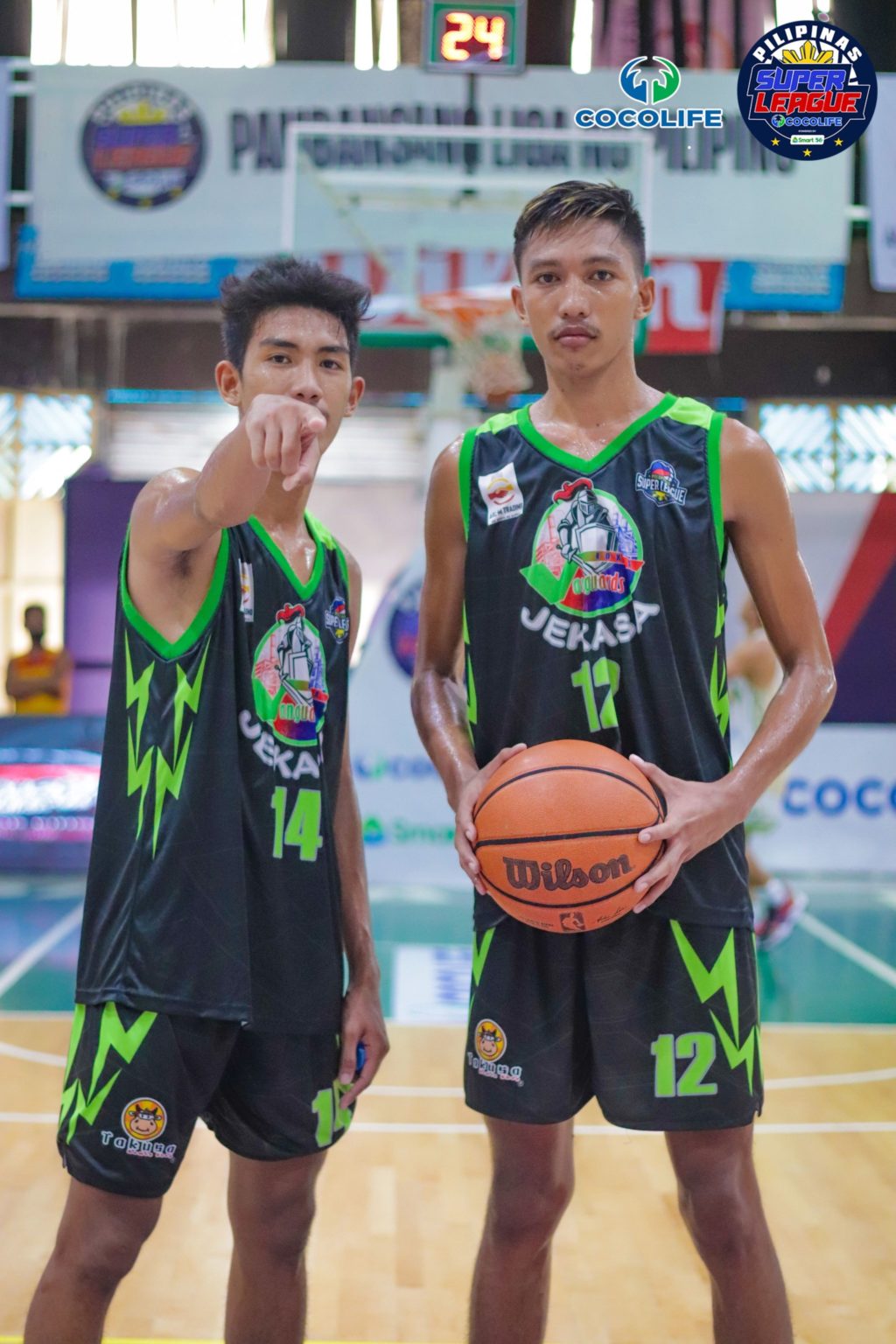 Roxas’s Randolph Lacquio (left) and Jerry Rivera (right) strike a pose after beating the Bukidnon Cowboys in the semifinals of the PSL U21 Aspirants Division Invitational Cup. | Photo from PSL Media Bureau.

CEBU CITY, Philippines — The Roxas Vanguards prevented an embarrassing upset at their homecourt by eliminating the Province of Bukidnon Cowboys, 64-55, in their do-or-die semifinals match of the Pilipinas Super League (PSL) U21 Aspirants Division Invitational Cup on Tuesday, April 19, 2022, at the Manuel Roxas Sports complex in Roxas, Zamboanga del Norte.

The Vanguards booked a ticket to the Best-of-Three finals series against the Consolacion Sarok Weavers tomorrow, April 20, 2022, at 3:00 PM.

Two of the league’s “Mythical Five,” members Jerry Rivera and Randolph Lacquio led their team with 20 and 19 points respectively, with Rivera scoring 13 in the final period when the Cowboys threatened. It included two crucial baskets that gave Roxas the lead in the dying minutes of the fourth.

Rivera also tallied eight rebounds, one assist, and one steal while Lacquio had nine boards, four dimes, and six steals.

Roxas got off to a hot, 5-0 start, but Bukidnon fought back, ending the first quarter with a two-point deficit, 13-15.

In the second period, Salarda’s back-to-back jumpers gave the Cowboys a, 17-15 cushion with eight minutes left while Renz Byron Dacutanan split his free throws to extend their lead to three.

However, their slim lead didn’t last long after Lacquio responded with a jumper from a turnover while Eljohn Lacaya nailed a three-pointer from the top of the key to regain the lead, 20-18, in the second period.

The Vanguards sealed the first half with a five-point cushion, 31-26.

In the second half, the Vanguards extended their advantage to double digits, 39-29, with Lacquio topping it with a breakaway layup.

They went on to build their biggest lead of 12 points, 45-33 on Emmanuel Akut’s layup with 30 seconds left in the period.

The Cowboys toiled hard in the final period and cut the lead to just two, 47-49, after having a brief scoring blitz courtesy of Salarda and Dacutanan.

However, Lacquio answered their every shot to keep his team on top as time winded down.   /rcg

Read Next
Security in place for VCM transportation