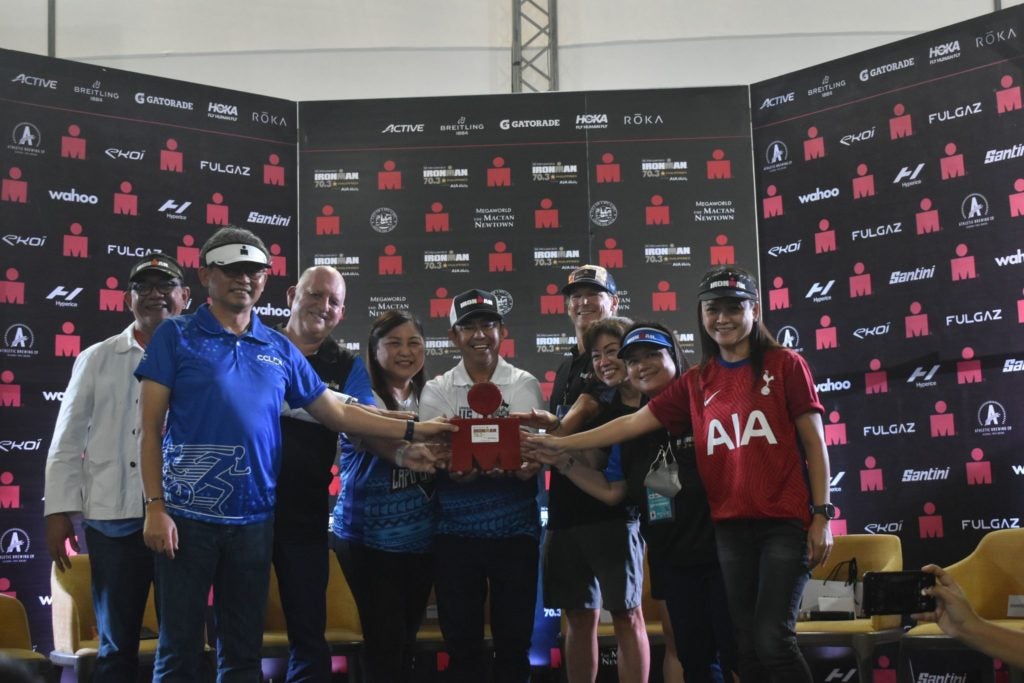 The organizers and stakeholders of the Megaworld Cebu Ironman 70.3 Philippines hold the official Ironman logo during the presser at the race expo in Mactan Newtown.  / CDN Digital photo by John Velez Photography

CEBU CITY, Philippines — Sunday’s Megaworld Cebu Ironman 70.3 Philippines is more than just a showcase of sports excellence. It is also a sign of recovery and optimism.

A total of 1,928 triathletes from 46 countries will test their mettle in the 1.9-kilometer swim, 90k bike, and 21k run traversing Mactan Island and the iconic Cebu Cordova Link Expressway (CCLEX).

However, roughly eight months before Sunday’s starting gun, Lapu-Lapu City was one of the worst-hit areas by Typhoon Odette which battered the Visayas and Mindanao region a week before Christmas Day.

Barely recovering from the COVID-19 pandemic, Lapu-Lapu City, including Cebu City and many parts of the Visayas and Mindanao got a major test by the super typhoon.

Until today, there are still signs of the super typhoon’s wrath as can be seen along Lapu-Lapu City’s major thoroughfares.

The race was also rescheduled twice in 2020 and in 2021, due to the health pandemic.

That is why Sunday’s race could be the most special among all Ironman 70.3 races— as it heralds the recovery of Cebu’s sports tourism sector.

“Rest assured the city of Lapu-Lapu will always support this event. This gives us the chance to bounce back our economy, as we all know we’re coming from two years of pandemic and the devastation of typhoon Odette. Lapu-Lapu City is finally bouncing back,” said Lapu-Lapu City Mayor, Junard “Ahong” Chan.

His wife, Lapu-Lapu lone district representative Cindi King Chan echoed his message, saying that the race is the perfect event to boost the city’s economic recovery.

“We are recovering, we are restarting our economy, our tourism industry, we’re thankful to everyone for participating and supporting this event. This is not only good for our bodies, but also for our recovery and economy,” said Congresswoman Chan.

Ironman Asia managing director, Jeff Edwards, finds it highly remarkable to see the exciting and festive atmosphere of Cebu’s version of Ironman 70.3 which is considered the biggest and grandest triathlon race in Asia.

“It’s remarkable to return here now, to see this great energy and spirit, and the amazing people. This is incredible, we really don’t see this often kind of race in the world,” said Edwards who will supervise the event for the first time.

“We’re looking forward to this return, it’s incredible. We can see the enthusiasm of the triathletes, the people. I thank the community and the volunteers, for the wonderful support.” 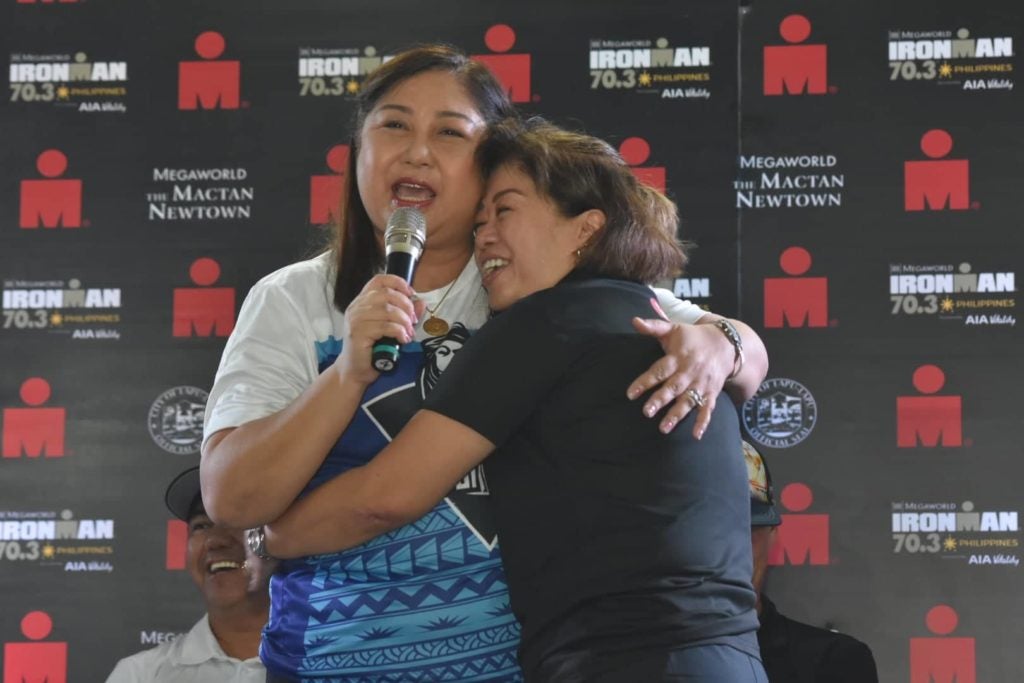 For her part, Princess Galura, had to make a lot of convincing before getting the approval of government agencies and officials to hold the event.

According to Galura, they’ve faced tremendous challenges along the way in organizing the race.

“After COVID-19, after Odette, we all know it wasn’t a place to ask a lot to the government many things. Especially after what they had been through. But with everybody’s help. When Mayor Ahong (Chan) started the ball rolling with our very supportive sponsors and partners, we were able to return. By April, I know that we already have a race.”

For tomorrow’s event, young triathletes will showcase their skills in the Alaska Ironkids triathlon race.