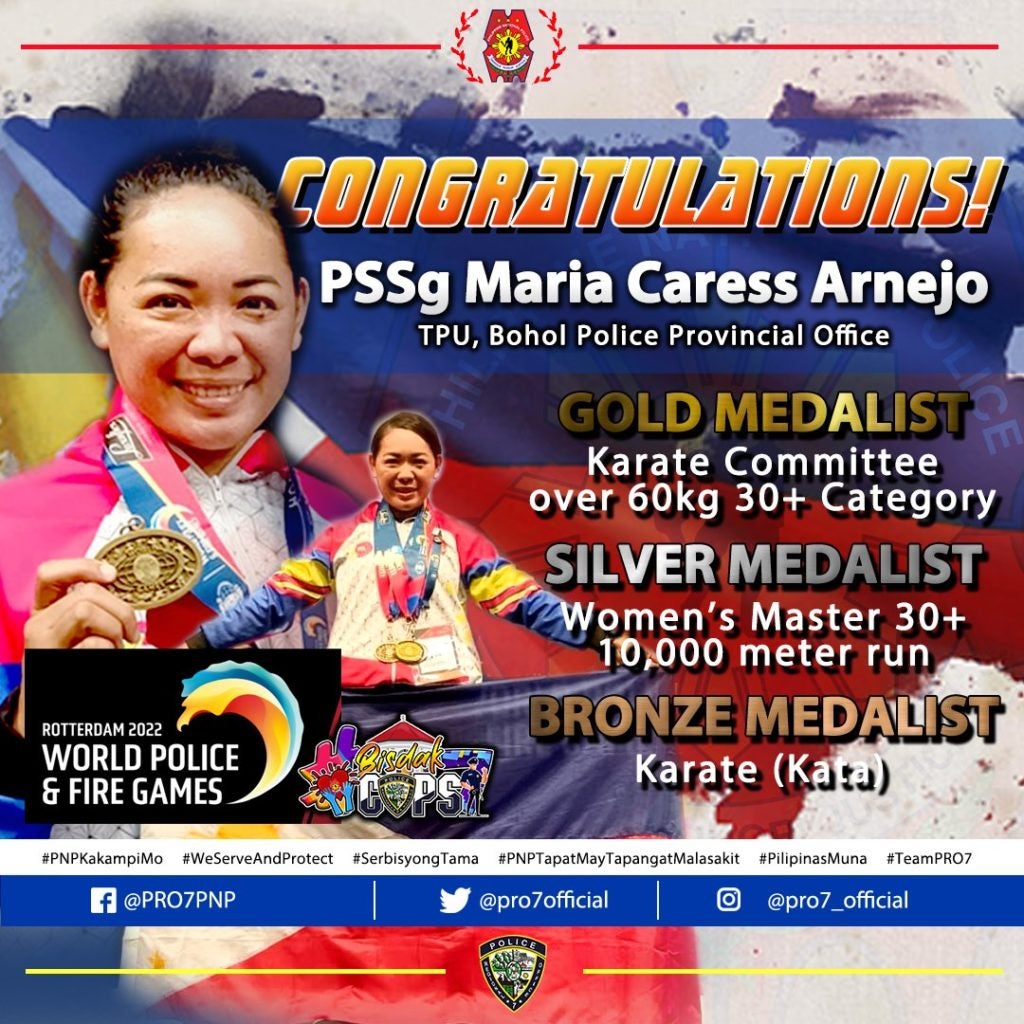 CEBU CITY, Philippines — A Boholana policewoman made the country proud by bagging three medals in the World Police and Fire Games 2022 in Rotterdam, The Netherlands.

The event was participated by more than 10,000 competitors from 70 different countries around the world.

Participants tested their mettle in 63 different sports disciplines such as  CrossFit, athletics, water polo, kite surfing, and the ultimate firefighter. The event was held from July 22 to July 31, 2022.

According to a press statement released by the Police Regional Office in Central Visayas, the primary objective of the event is to stimulate sportsmanship and generate respect for all public service providers.

Arnejo, 34, of Tagbilaran City, Bohol, is an athlete by heart and actively participated in various sports activities since her school days. She joined the police service on July 2, 2012, under Class ROMANS.

Entering the police force did not deter her from pursuing her passion for sports and even managed to excel in both fields.

In fact, she bagged many awards and recognitions while representing the Bohol PPO in different sports contests. She was a gold medalist in the 2019 Karate Team Kumite at the PNP-AFP-BFP Olympics and sports competitions in the provinces.

For Arnejo, perseverance and presence of mind are key elements to excel in whatever field she takes part in, be it in sports or public service.

“Perseverance and presence of mind are good traits of an athlete and public servants. In every competition, I always tell myself to focus on it and have the right mindset for competitive play. Ang mga Bol-anon dili na basta-basta mo hunong, padayon sa iyang mga tinguha nga makab-ot ang pangandoy,” Arnejo said.    /rcg