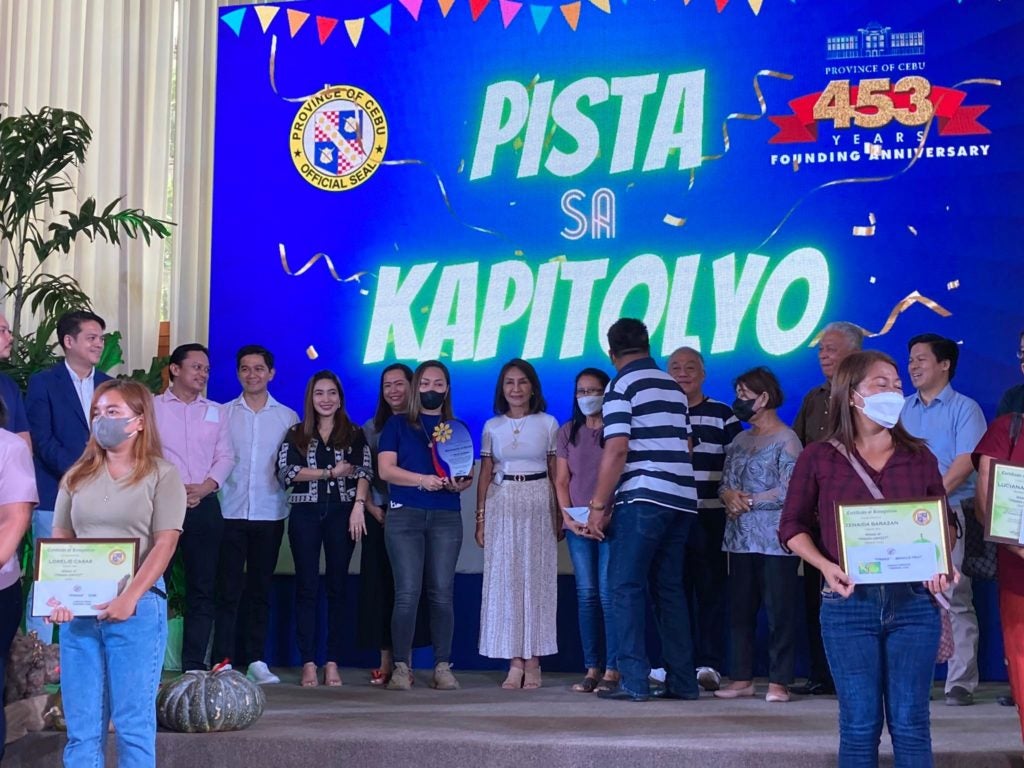 Representatives of the Municipality of Ronda received their awards on Saturday, Aug. 6, 2022. | Wenilyn B. Sabalo

CEBU CITY, Philippines — The Municipality of Ronda, Cebu is declared as the overall winner of the Tabo sa Kapitolyo – an Agri-Fishery Trade Fair’s Best Booth competition this year.

Ronda’s booth received a 95 percent rating from the judges, who looked at the overall impact of the booth; the booth design which should show the artistry and creativity of the local government unit’s pride; the display of the products, the efficient use of space; the tidiness of the booth; and the use of indigenous materials for its booth.

During the awarding ceremony on Saturday, August 6, 2022, the municipality was given P20,000 and a plaque of appreciation.

Ronda is a 5th class municipality of Cebu Province, which is located 81 kilometers southwest of Cebu City.

The Tabo sa Kapitolyo, participated by various towns and municipalities of Cebu Province, was launched last Monday, Aug. 1, as one of the activities for the month-long celebration of the Cebu Province’s 435rd Founding Anniversary.

Here is the complete list of awards and awardees for the 2022 Tabo sa Kapitolyo:

Each of the winners also received a certificate of recognition.