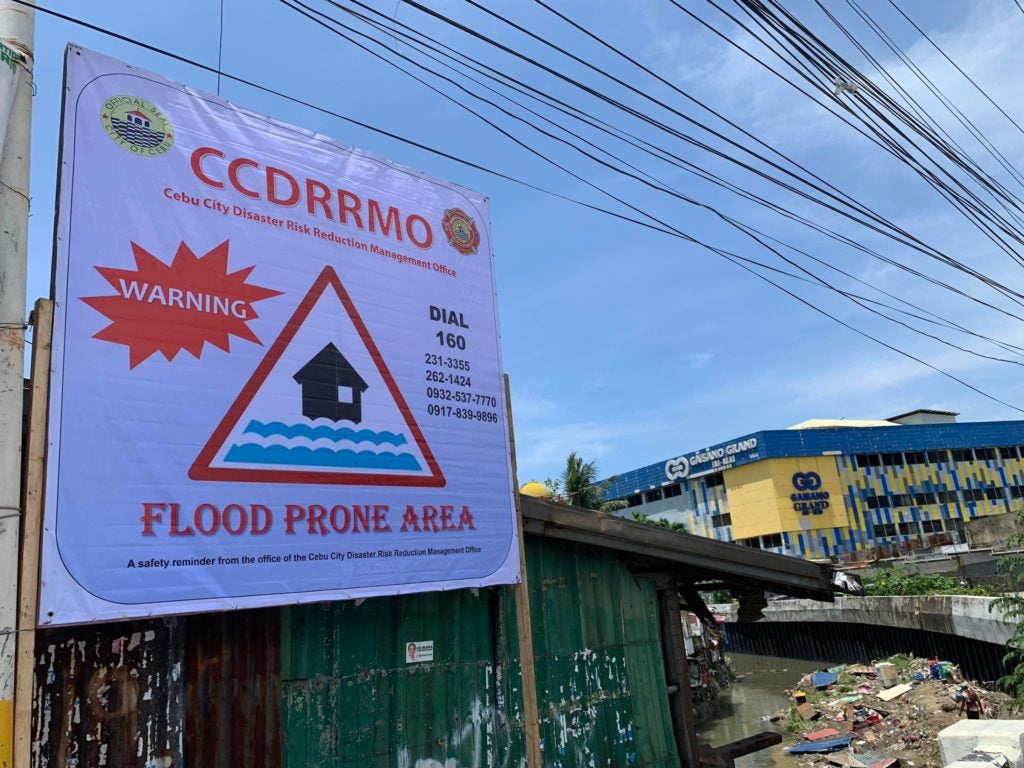 The Cebu City Disaster Risk Reduction and Management Office (CCDRRMO) has placed a warning sign on a flood-prone area in the city. | Morexette Marie B. Erram

CEBU CITY, Philippines — Cebu City Mayor Michael Rama has responded to criticisms and complaints hurled against him, and several City Hall officials, as to why they were not ‘physically present’ when the city suffered its ‘worst flooding since Typhoon Odette’.

Rama denied allegations that he ‘neglected his duties’ in responding to the floods that occurred between August 3 to August 5.

Instead, he said he ‘was working from home’ as he was still in isolation at that time due to COVID-19.

(Number one, how can Mike Rama visit these places when he still has COVID.)

Now, that he is permitted to go out, the mayor promised that he would be visiting the areas where clearing operations on the city’s easement zones had been conducted.

Rama said that he planned to personally meet the families displaced by the ongoing clearing operations, particularly those formerly residing on the banks of Kinalumsan River, and assess their conditions.

(Mike Rama will go to Kinalumsan River so that he can see how the affected residents are temporarily sheltered and temporarily evacuated.)

The city government on Monday began demolishing structures within the three-meter easement zones in its waterways as part of its plans to improve flood control measures.

Rama also said the decision was made to prevent flood-related fatalities especially when last Thursday, a man nearly drowned when he was dragged by strong, flood currents in the Kinalumsan River.

At least 2,000 structures all over Cebu City were identified to have violated the mandatory, three-meter easement zone, and these will be subjected for demolition.

Read Next
Gas, diesel prices to go down by more than P2/liter