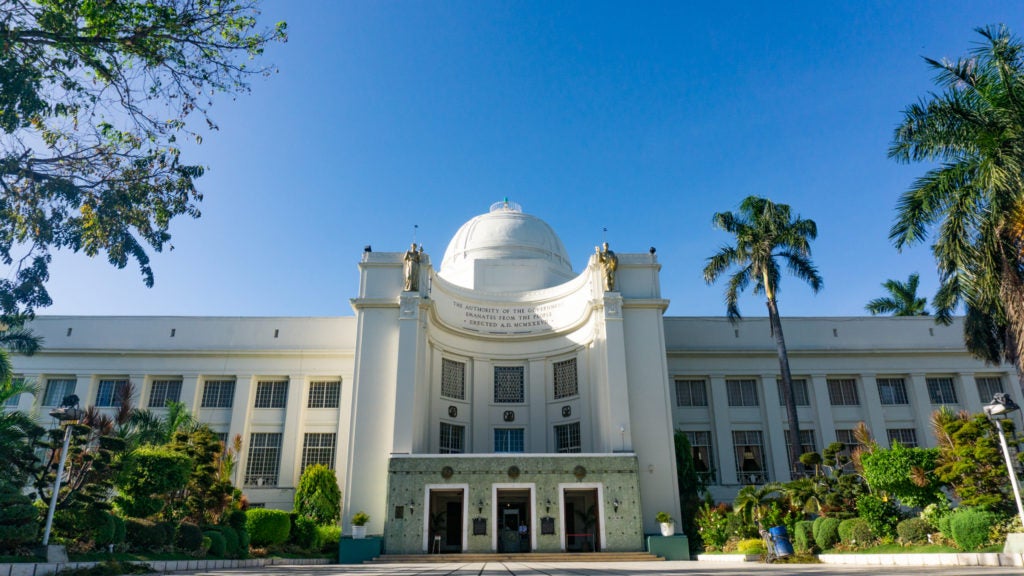 CEBU CITY, Philippines – Plans to put up a new Capitol and an integrated government center in Balamban town have recently made progress.

The Cebu Provincial Government announced that fresh funds from the national government have been allocated for the project.

Cebu Governor Gwendolyn Garcia met with representatives from the Department of Public Works and Highway in Central Visayas (DPWH-7), led by its director Engr. Ernesto Gregorio Jr., last August 3 to discuss details and status of the project.

Garcia then told reporters that during the meeting, DPWH-7 executives confirmed to the Capitol that P200 million has been downloaded for the planned government center in Balamban.

“We met with DPWH, and this is in regards to the P200 million – that is in the 2022 General Appropriations Act specifically – to help the province of Cebu in relocating its government center to Balamban,” Garcia said.

With new funds from the national government, the governor said they hoped they can commence civil works soon.

“We are moving forward and we will need to start already lest the amount of P200 million be set aside. That is why the DPWH is anxious to start,” explained Garcia.

A total of P700 million in public funds have been appropriated as part of the province’s plans to relocate its headquarters to Balamban, a first-class municipality that borders Cebu City in the west.

Aside from the P200 million from DPWH, the Capitol has also set aside P500 million for its actualization.

Once completed, the 85-year-old Capitol building in uptown Cebu City will be preserved and turned into a museum.

“As I had already said, the design of the government center or the executive offices will be a replica of this Capitol,” Garcia said.

“Not just think of relocating Capitol but we need to think also of putting a government center for our provincial and regional offices of the national government,” she added.

In the meantime, the province is currently in negotiations for the acquisition of properties where the new Capitol will rise.

The governor said they are eyeing purchasing between 50 to 100 hectares of land.

Read Next
Flooding not due to dolomite beach – MMDA