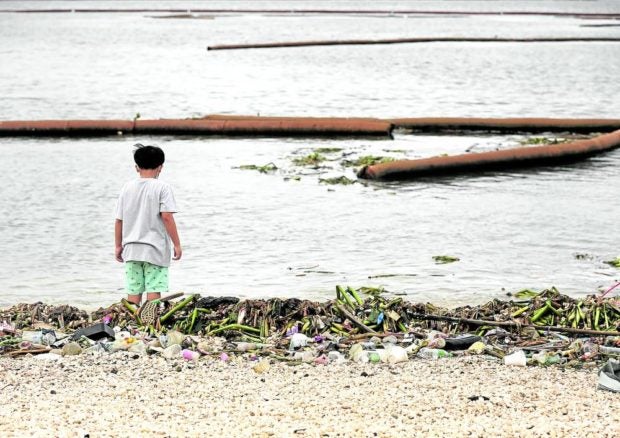 MANILA, Philippines — It wasn’t the dolomite beach of Manila Bay that triggered the heavy flooding in some streets in Manila last week, but three drainage systems undergoing construction, according to the Metropolitan Manila Development Authority (MMDA).

A news report earlier quoted the MMDA as pointing to the controversial project as the main cause of flooding in some parts of the capital city, including Taft Avenue, following heavy rains on Friday.

Baltazar Melgar, the agency’s acting general manager, was quick to make a clarification on Tuesday, saying that there was no connection between the dolomite beach and “the recent flooding in the area.”

“The reason why flood water subsided slowly during heavy rains last Friday was the ongoing construction of three pumping stations and a pipeline by the Department of Public Works and Highways (DPWH), which is expected to be completed by October,” Melgar said during an inspection of Juan Luna Elementary School in Manila for “Brigada Eskwela.”

He said the unfinished pumping stations were the Padre Faura drainage, the Remedios drainage and Estero de San Antonio.

The pumping stations and pipelines, according to Melgar, are all “part of the engineering solutions that the government has put in place to further decrease the high coliform level count in the area and make the quality of water in Manila Bay ‘swimmable.’”

He said the “slow subsidence” of floodwater was caused by its diversion to Pasig River through the Balete Pumping Station, instead of being discharging directly into Manila Bay.

He added that the MMDA was currently coordinating with DPWH on operating a “mobile pump” in the area, so that the water could be discharged directly to Manila Bay.

A project of the Department of Environment and Natural Resources during the previous administration, the dolomite beach was part of the bay rehabilitation program launched in 2019 based on a Supreme Court order.

Critics, however, panned the beach, which opened while the country was in the middle of the COVID-19 pandemic. Aside from the cost totaling millions of pesos, environmentalists and experts also cited the harmful effects of dolomite.