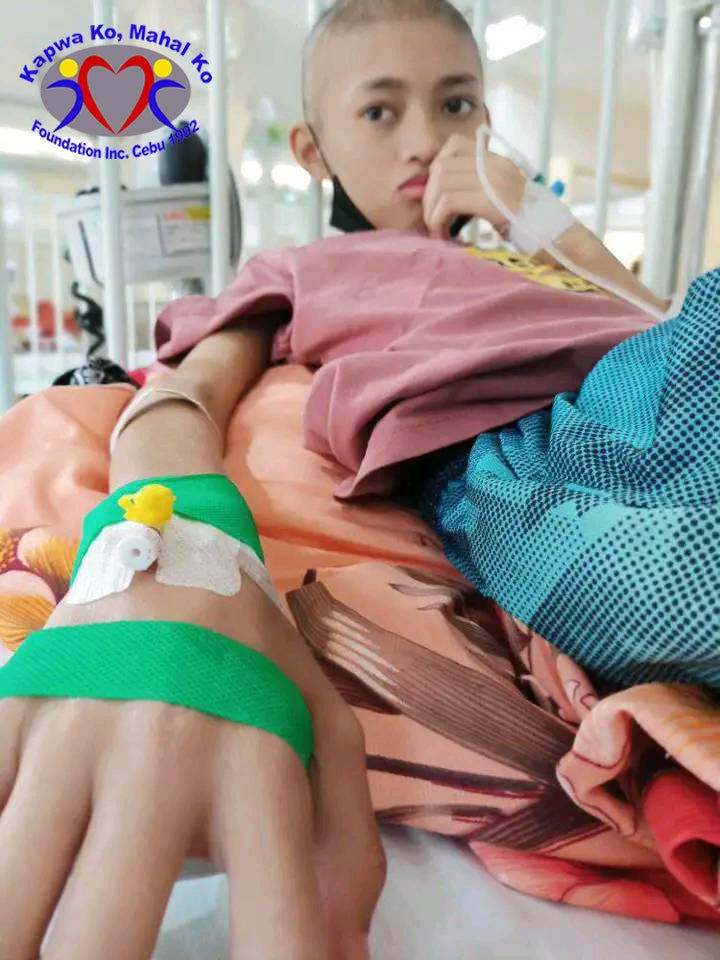 A 15-year-old boy from Brgy. Lagtang, Talisay City, Cebu is in desperate need of urgent financial help to sustain his medical treatment against the big C.

Laurence Jaylloyd Cabrillos was diagnosed with Rhabdomyosarcoma, Stage 4 on November 29, 2021. Three years before his diagnosis, he noticed that there was a swollen lymph node at his right groin. Unfortunately, that tumor began to grow in size. On May 2020, he experienced fever and pain on his right groin. His parents brought him to the nearest hospital for medical checkup and antibiotics were prescribed. A year later, he was brought to a hospital in Cebu City for further medical interventions. A series of laboratory tests and diagnostic exams like CT scan, MRI scan, and biopsy were performed. When the results came out, it revealed that he has Rhabdomyosarcoma which is a rare type of cancer that forms in the soft tissue, specifically the skeletal muscle tissue. This debilitating disease can occur at any age, but it is usually common in children. Treatment modalities are typically a combination of surgery, chemotherapy, and radiation therapy.

Laurence Jaylloyd’s first dose of chemotherapy was administered on December 2021. His attending pediatric oncologist prescribed a total of 12 cycles of chemotherapy. He then completed it on May 4, 2022. In addition to that, CT scans were done on April and June 2022 respectively. Presently, he is still awaiting the schedule of his surgery. His chemotherapy and radiation therapy will soon start after his operation. Due to the delicate nature of his disease, he is required to undergo medical procedures that are very expensive. His upcoming surgery will cost them around P200,000. His 12-cycle chemotherapy sessions are estimated to reach up to P100,000 and his radiation therapy is pegged at P60,000.

“Lloyd,” as he is fondly called by his family, is a goodhearted and obedient boy. At home, he faithfully fulfills his household chores. He also loves to study and learn in school. He said that when he will be cured, he will continue his studies. He is also a religious boy because he likes to read his Bible. If given the chance, he will pursue his dream of becoming an engineer someday. As the eldest of the four siblings, he is genuinely loved by his family. When asked about her wish for his beloved son, his mother replied, “I have only one wish for him. I wish that he will be completely healed so that he can continue his studies and achieve his dreams in life.” His father is the sole breadwinner of the family who works at their home-based printing shop. When there are clients, he earns at least P2,000 per order of printed materials. His mother is a housewife who takes good care of the family. Lloyd’s costly treatment had brought their family’s financial resources on the edge. Their finances are already exhausted and they have nowhere to turn to. Truly, they are really in dire need of help. Thus, in order to save Lloyd’s life and sustain his treatment, his parents are heartily requesting for financial assistance from kindhearted individuals who are willing to share their blessings.