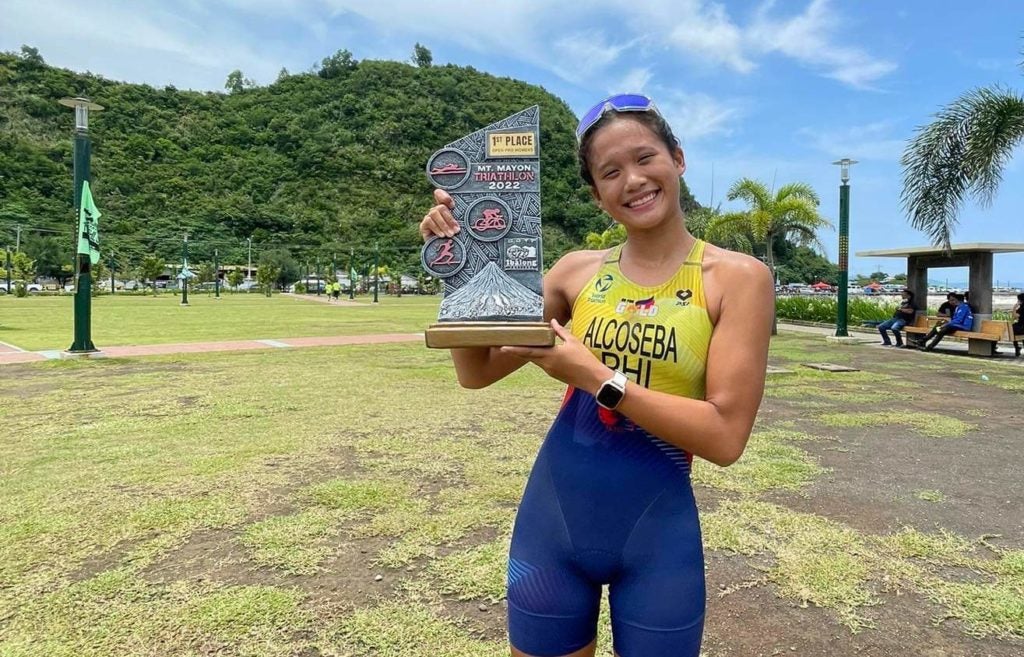 The 19-year-old Alcoseba of the Talisay Luigi Triathlon Group (TLTG)- Go For Gold dominated the female elite category by crossing the finish line in two hours, 18 minutes, and one second.

Fellow Cebuana and Alcoseba’s teammate in the Go For Gold, Karen Andrea Manayon, placed second as she finished the race in 2:23.57.

Bea Marie Quiambao of Next Step Tri rounded off the top three finishers in the female elite category with the time of 2:31.46.

Alcoseba’s win in the Mt. Mayon Triathlon came less than a month after her debut race in the 2022 Asia Triathlon Junior and U-23 Championships in Nur-Sultan, Kazakhstan last July 23, 2022, where she placed eighth in the U21 female category.

During Sunday’s race, Alcoseba flexed her swimming prowess by logging in the fastest swim split of 22 minutes and 39 seconds in the female elite division.

Remolino crossed the finish line in 2:08.40 followed by fellow Cebuano and elite cyclist Emmanuel Comendador, who completed the race in 2:12.53.

Read Next
7 landslides hit Cebu City over the weekend, 80 evacuated