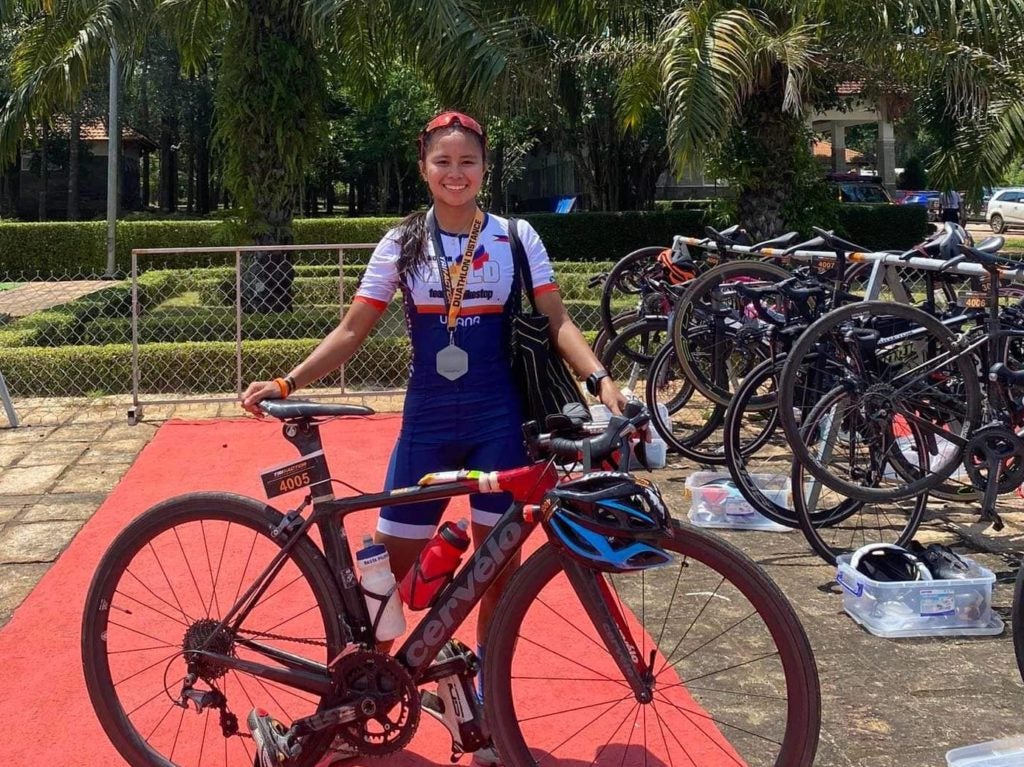 The 17-year-old Erediano, who dominated the Dumaguete City Triathlon last April, breasted the finish line with a total time of two hours 39 minutes, and 13 seconds.

Elaine Yasay Quismundo topped the race with a time of 2:37.41.

Rounding off the top three in the female open category was Merry Joy Isla Trupa, who clocked in 2:46.09.

All three finishers in the female open duathlon race represented the Go For Gold team of the Philippines.

Erediano, who is transitioning from triathlon to duathlon, finished her first run in 45 minutes and 10 seconds. She clocked in 1:24.22 on bike, and had a 28:31 time in the final run.