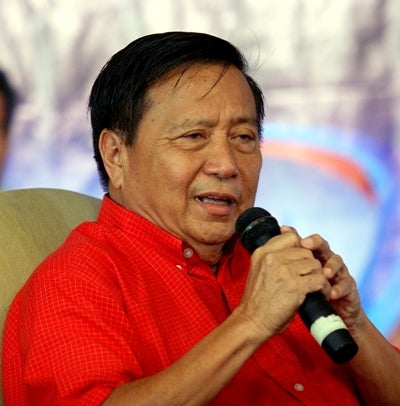 In a seven-page decision penned by Judge Estela Alma Singco-Caruso, dated June 28, 2022, the presiding judge said the prosecution or Osmeña’s camp failed to establish sufficient evidence that Garcia violated Sec. 6 of the Republic Act (RA) 9066 as implemented by Sec. 13 of Comelec Resolution No. 6520, in relation to Sec. 264 of the Omnibus Election Code.

Sec. 6 of the Republic Act (RA) 9066 is the equal access to media time and space rule where guidelines for all registered parties and candidates to media during the election period are given. These include rules for publishing in the print media such as the  size of the printed advertisement of the candidate or party and the frequency of its publication.

Garcia’s case stemmed from Osmeña’s accusation against his then-election rival Garcia for allegedly using his family-owned publishing company to advance his candidacy. Garcia and Osmeña were both mayoralty candidates in 2004.

Osmeña’s camp claimed that Garcia had undertaken printed election propaganda when it published – “It’s a No Contest” advertisement in a print media company, which is owned by the Garcia family. The advertisement was published daily in Cebu from April 26, 2004, to April 28 to May 2, 2004. The Osmeña camp claimed that this was more than the thrice per week per publication for public information campaign favoring Garcia’s candidacy.

Quoting the Supreme Court declaration in the People vs. Tumambing case in 2011, Judge Singco-Caruso said that a successful prosecution of a criminal action largely depends on two things: the identification of the author of the crime and his actual commission of the same.

“An ample proof that a crime has been committed has no use if the prosecution is unable to convincingly prove the offender’s identity. The constitutional presumption of innocence that an accused enjoys is not demolished by an identification that is full of uncertainties,” read a portion of the decision.

Garcia was arraigned in February 2016 wherein he pleaded not guilty. After a pre-trial was terminated on August 15, 2016, trial on the merits ensued.

Osmeña, who also served as one of the witnesses for the prosecution, in his affidavit, claimed it was Garcia who caused the publication of the advertisements even if the phrase “paid for by the friends of Alvin Garcia” appears at the bottom of the printed advertisement.

Osmeña’s camp also told the court that the advertisements also violated the duration and frequency in publication prescribed by law having it published for seven days when the law only allowed thrice a week.

The defense said such political advertisement was published by and for their political party in the name of Kusog-KNP Party. They also stated that Garcia was not the only candidate named in the advertisements.

In the end, the Court declared that though it was conceded that the advertisement in question was indeed published for seven consecutive days, the prosecution failed to cite evidence that would prove that Garcia indeed caused or consented to the advertisement’s publication.

No final decision yet on proposed deferment of barangay, SK polls – Comelec

Comelec says it has ‘acted upon’ 53 complaints of vote-buying