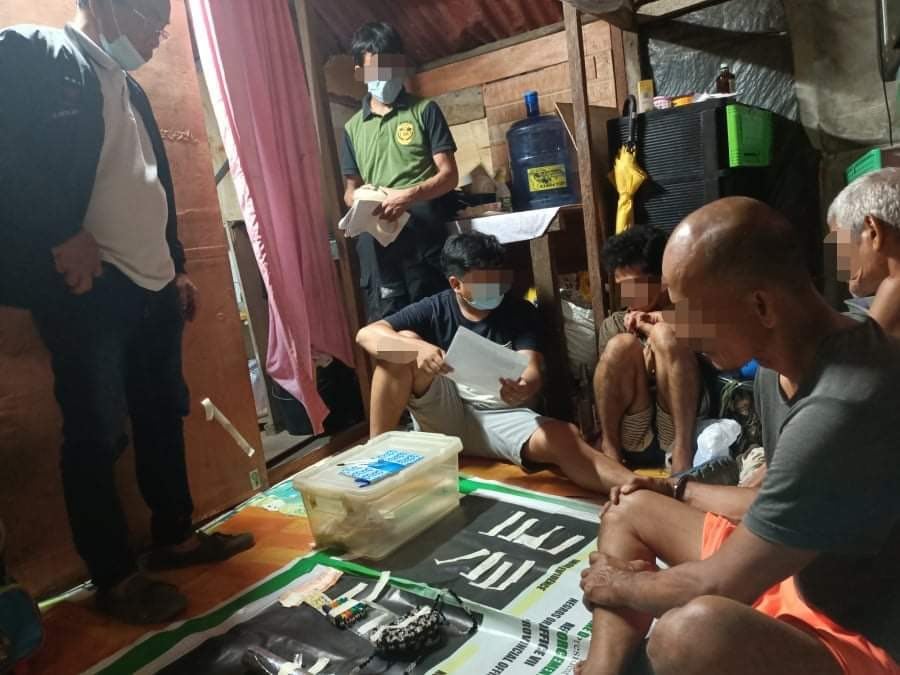 Arrest of some individuals in one of the buy-bust operations in an alleged drug den. | PDEA-7 photo

CEBU CITY, Philippines—Two drug dens were shut down and eight individuals were arrested during separate buy-bust operations in the cities of Dumaguete and Cebu.

After a month of case buildup, authorities confiscated a total of 15 grams of ‘shabu’ with an estimated market value of P102,000. Accordingly, Macalipay can dispose of 25 to 50 grams of ‘shabu’ per week.

Alcantara added that this said operation stemmed from information they gathered during intelligence workshop between the PDEA-7 and the police.

Authorities confiscated 10 grams of ‘shabu’ worth P68,000 from Canoy’s drug den. Alcantara said that it took at least a week for the team before they closed a transaction with the suspect.

Just like Macalipay, Canoy can allegedly dispose of 25 to 50 grams of ‘shabu’ per week.

All of these eight suspects are currently detained at the detention facility of the PDEA-7 pending filing of necessary illegal drug complaints against them.

Alcantara reemphasized that shutting down of drug dens is considered as a high-impact operation since these are considered breeding grounds for criminality that could disrupt the peace and order of the community.